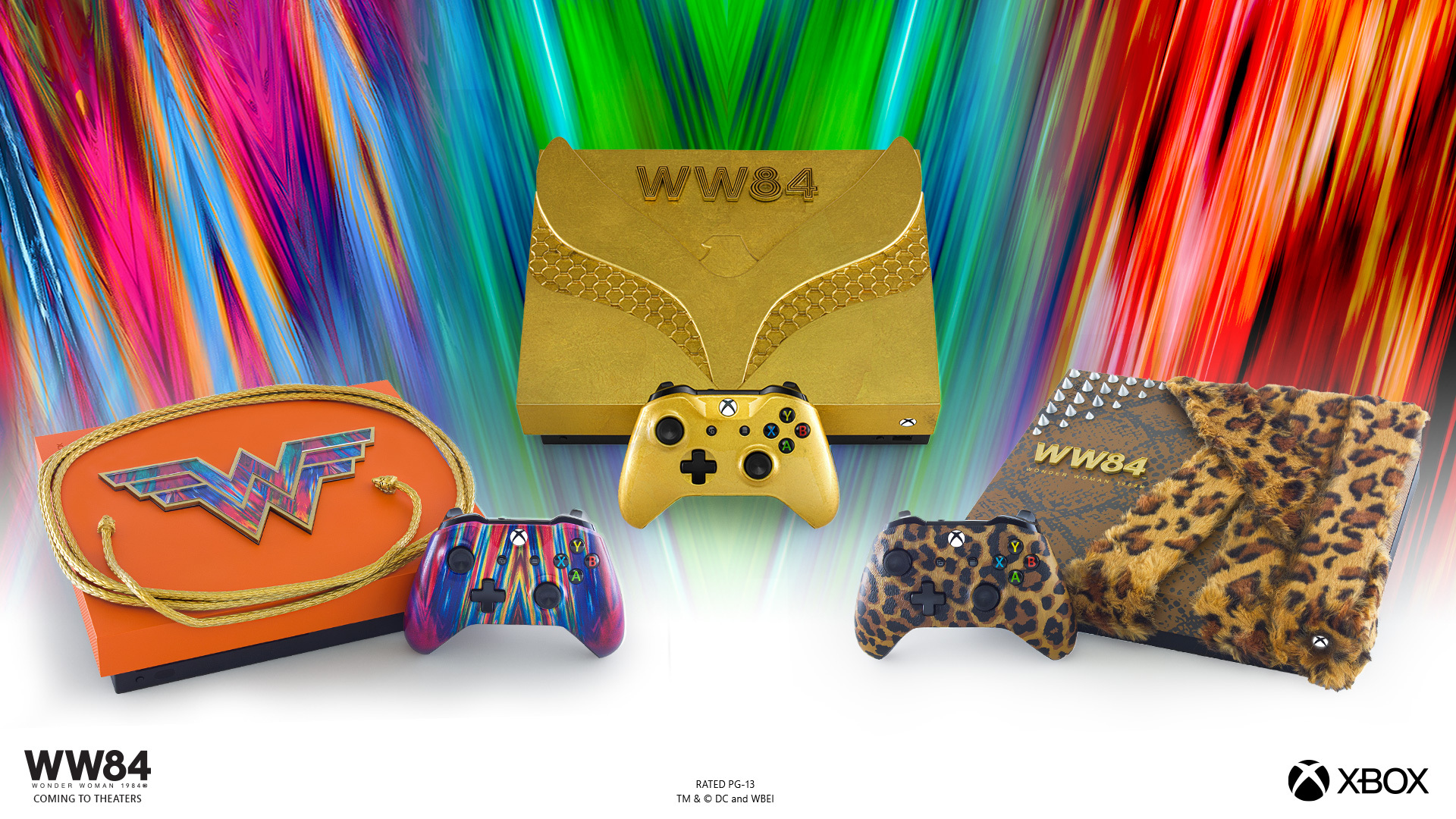 To celebrate the upcoming film Wonder Woman 1984, Microsoft is giving away three custom Xbox One X consoles inspired by Wonder Woman’s armour, outfits and one of her most well-known enemies.

RT this post for a chance to win a custom Xbox One X display inspired by WONDER WOMAN 1984, coming to theaters. Experience the wonder. #WW1984Xbox #WW84 #Sweepstakes

First up is a Wonder Woman Golden Armor Xbox One X console with 24-carat gold leaves, as well as a made-by-hand golden eagle crest and 3D printed Wonder Woman 1984 logo.

The console will be auctioned off with proceeds going to ‘Together for Her,’ an initiative created by the Charlize Theron’s Africa Outreach Project, the humanitarian organization CARE and the Entertainment Industry Foundation. The charities aim to help women and girls around the world deploy funds and support against domestic violence.

Following this is a custom Wonder Woman Lasso of Truth Xbox One X Console, inspired by the hero and her lasso. The braided lasso lays on top of the console and encircles a 3D printed Wonder Woman logo as well as a multi-coloured controller. You can win this controller by entering by liking or retweeting the Xbox sweepstakes tweet. The contest ends on September 17th.

Lastly, there’s the Barbara Minerva Xbox One X console inspired by Cheetah, the Amazonian’s archenemy. This Xbox One X sports a snakeskin pattern and faux leopard fur, as well as silver spikes on top and a gold 3D printed Wonder Woman 1984 logo.

Alongside the consoles, you can also check out an immersive experience in Roblox for Xbox One to journey through Themyscira and get new avatar items that include some of Diana’s gear, accessories and even outfits.

Strangely, none of these Xbox consoles can be used for gameplay and are for display purposes only. Prize winners and the successful bidder will also get a standard Xbox One X.