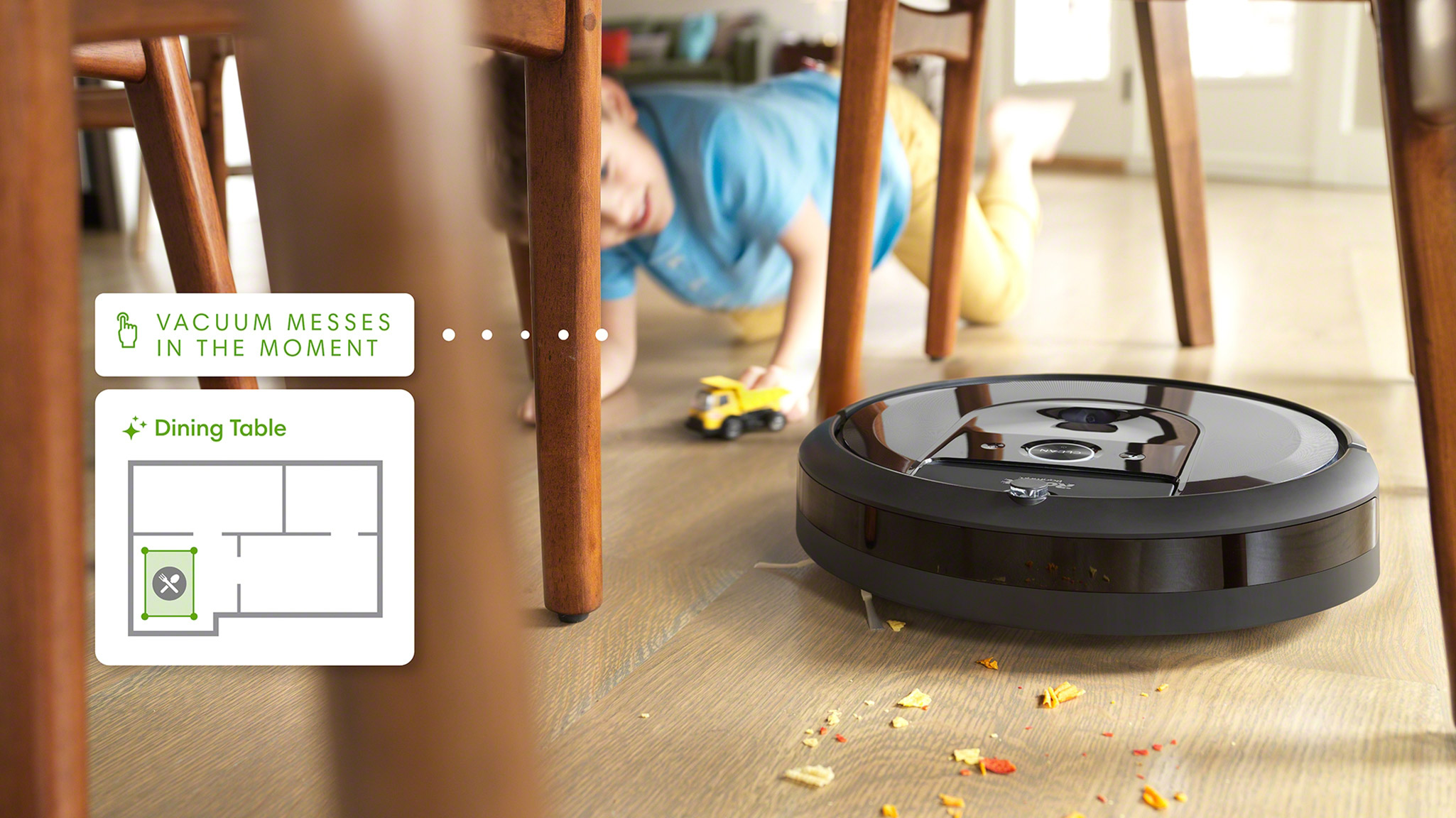 Over the years, I’ve amassed an army of robot vacuums in my home — one for each floor — and use them almost daily.

While iRobot’s i7+, S9+ and Braava Jet m6 are shockingly intelligent and able to navigate nearly every object in my house, I often find myself wishing I could send the device to clean up a specific location — for example, when my cat devices to throw kitty litter everywhere in the basement.

While you’ve been able to request iRobot’s vacuums to clean up a certain room, telling the device to vacuum under your couch or a part of the carpet where your pet hangs out, hasn’t been possible — at least not until now.

The company has entirely overhauled its mobile app with new precision ‘Clean Zones.’ It’s important to note the new clean zones only work with the iRobot’s more recent devices, including the Roomba i7/i7+, the S9/S9+ and the Braava Jet m6. The company says that while you’ll be able to create your own Clean Zones through the Smart Map system, its app also automatically suggestd specific objects like couches, tables and chairs.

These Clean Zones even extend to being compatible with Google Assistant, allowing iRobot owners to say commands like, “Roomba, clean around the couch,” in order to clean around a specific piece of furniture.

The company is adding other new features to its iRobot Genius app as well, including ‘event-based automations’ that allow the vacuum to know precisely when you want it to start cleaning. For example, if you’re headed out of your house to work or for a walk, the iRobot app can now use location-based services like Life360 or utilize apps like a smart lock to know when you aren’t home and that it can start cleaning. The company says that these connections are facilitated through its iRobot Genius app and IFTTT Connect.

The app is also now capable of detecting a user’s cleaning pattern. For instance, if you clean Monday mornings, or a specific room on Friday evenings, the app will begin to suggest you schedule a clean to start at that time. Adding more to this new feature is a ‘Favorite’ option allowing users to access their pre-set cleaning routines more quickly.

More automation features are on the way as well, including ‘Recommended Keep Out Zones.’ While you’ve been able to set your own areas for the robot to keep out of, iRobot’s app now suggests locations that it runs into trouble as Keep Out Zones. Finally, the app will also now suggest cleaning schedules based on factors like pet shedding and allergy season.

iRobot’s says that the update is available on iOS and Android.