With a ban looming over TikTok, several other companies have rushed to push out similar products. That includes Google, which is reportedly testing a new ‘Short videos’ feature in its Discover feed.

As spotted by 9to5Google, the Discover feed — available in the Google app and to the left of the home screen on Pixel phones — now surfaces a carousel of so-called ‘Short videos.’ The section pulls content from a few places, including Trell, an Indian TikTok competitor, and Tangi. Tangi comes from Google’s Area 120 experimental apps program and features 60-second do-it-yourself (DIY) ‘quick videos.’ 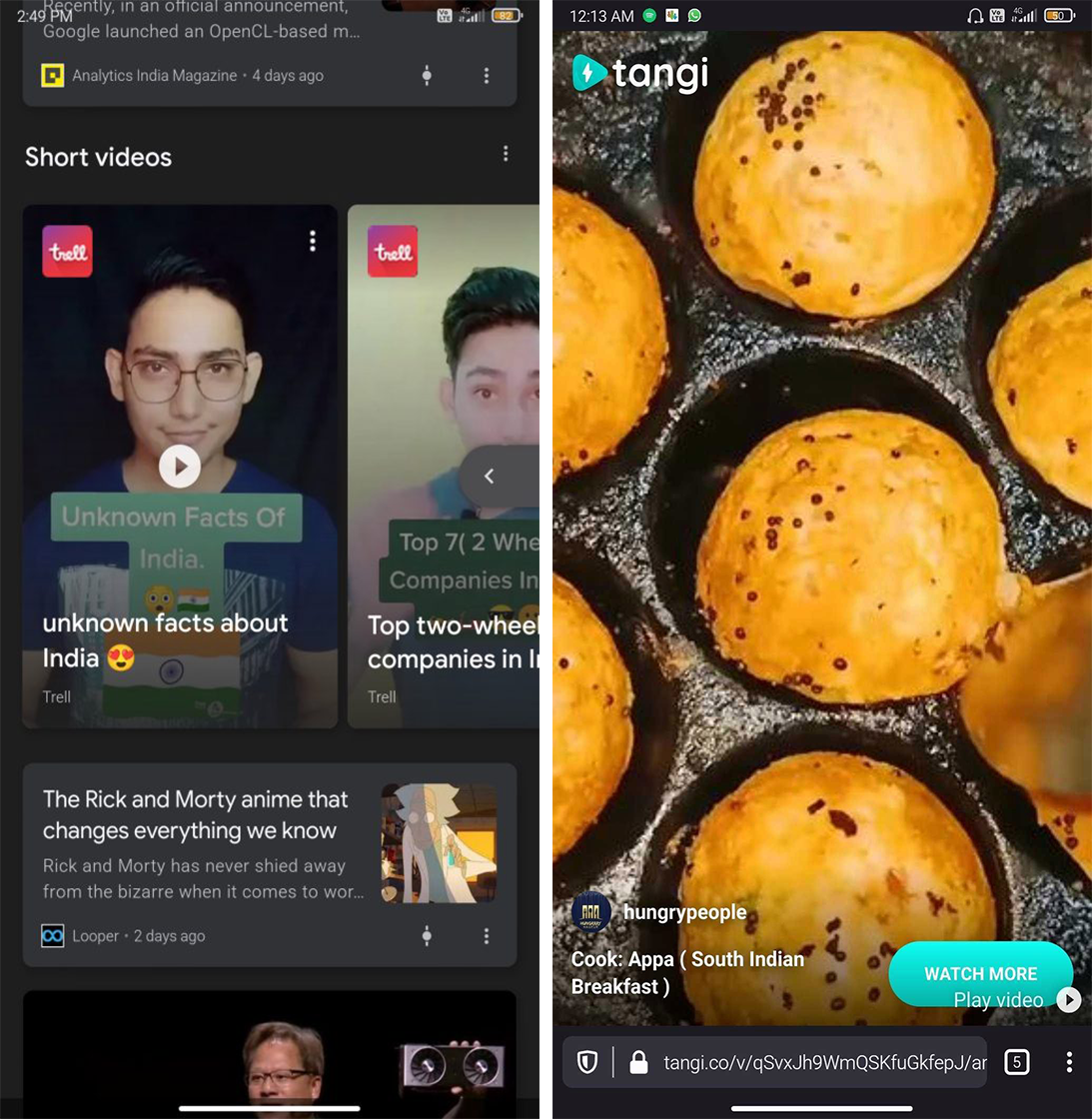 Regardless where the videos come from, Discover displays the source’s logo in the top left corner and the video name appears at the bottom. Tapping a video opens it on your phone’s default web browser.

9to5 reports that the feature appears to have limited availability, with only one reported sighting. I tested several devices and wasn’t able to conjure up the Short videos section either. Considering Google is known for A/B testing new features, I wouldn’t be surprised this is part of such a test.

It’s also worth noting that YouTube is reportedly developing a ‘Shorts’ feature to rival TikTok for later this year. Likely this Discover test is preparation for YouTube Shorts, since Discover already frequently includes YouTube content.