Barack Obama, Elon Musk, Joe Biden, Kanye West, Bill Gates and whoever else has tweeted that they’re going to send you money, don’t believe it because, “it’s a trap!”

Twitter accounts from major companies and individuals have been hacked in one of the most prominent and widespread scams ever purported on the social media platform. 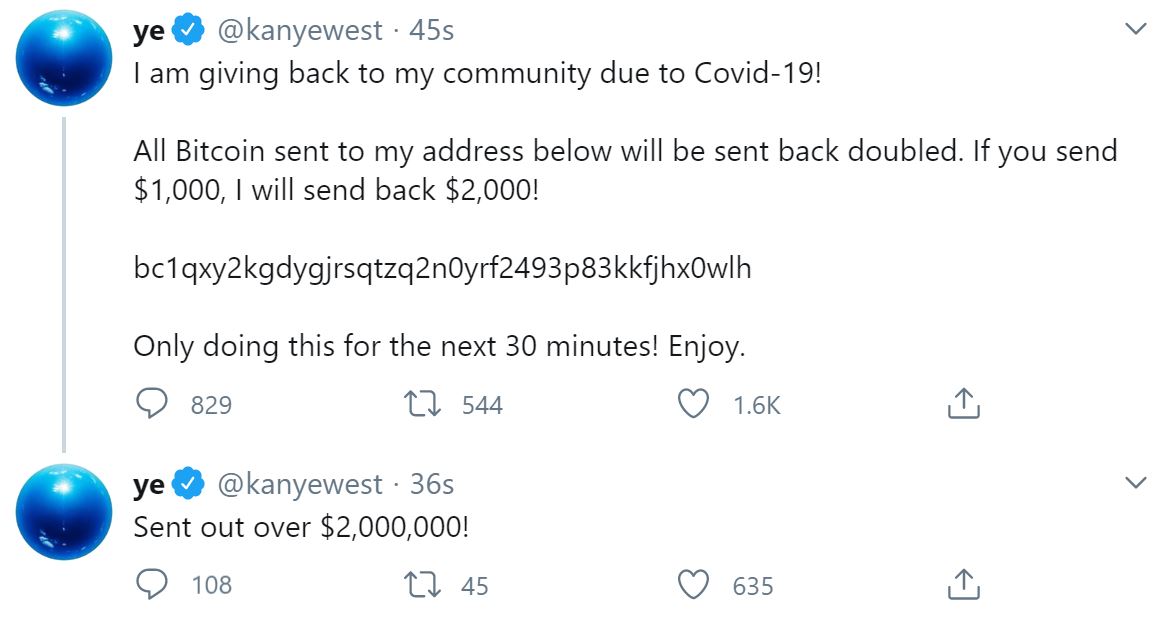 The tweet states the above message in variety of ways, but the point is that the hacker is asking users to send them Bitcoin with the promise of doubling the amount. However, it’s quite obvious whoever is behind the hack won’t be returning the money.

Notable Twitter accounts that have been affected by the hack include the following:

It's an actual wallet address and there are transactions happening. It's unclear if these transactions are legit. Scammers often seed their own scams to give them the appearance of authenticity. https://t.co/GUHEDaKNxu pic.twitter.com/xfhl3817xr

According to Buzzfeed News reporter Ryan Mac, an actual cryptocurrency wallet has received Bitcoin. Reportedly, transactions from 327 users amounted to more than $120,000 USD (roughly $150,000 CAD). However, Mac points out that scammers sometimes “seed their own scams” to make it look more authentic. In this case, it’s currently unclear if people have actually fallen for the scam.

And while some of the tweets are getting deleted, they’re quickly getting posted again by the hackers.

Musk was the first account hit by the scam at 4:17pm ET, according to The Verge. While the tweet was quickly deleted, it was was tweeted again at 5:56pm ET.

Bill Gates released a statement declaring that this is a scam and that it was not sent by his account.

“We can confirm that this tweet was not sent by Bill Gates. This appears to be part of a larger issue that Twitter is facing. Twitter is aware and working to restore the account.”

Twitter says it’s aware of the security incident and is working to fix the issue.

Update 05/07/2020 10:05pm ET: Twitter is back in action and working as normal. Twitter CEO Jack Dorsey released the following statement regarding the hack:

“Tough day for us at Twitter. We all feel terrible this happened. We’re diagnosing and will share everything we can when we have a more complete understanding of exactly what happened. “

Update 05/07/2020 6:55 pm ET: Twitter has prevented some verified accounts from tweeting in an attempt to fix the issue.