Sixty-four percent of Canadian small businesses on Facebook say they are experiencing lower sales than last year, according to a new report.

Facebook partnered with the Organisation for Economic Co-operation and Development and World Bank to release the ‘Global State of Small Businesses Report’ to evaluate how the COVID-19 pandemic is impacting small businesses.

The report found that 41 percent of small Canadian businesses on Facebook are expecting cash flow to be a challenge in the coming months, and that 40 percent are reducing their workforce as a result of the pandemic. 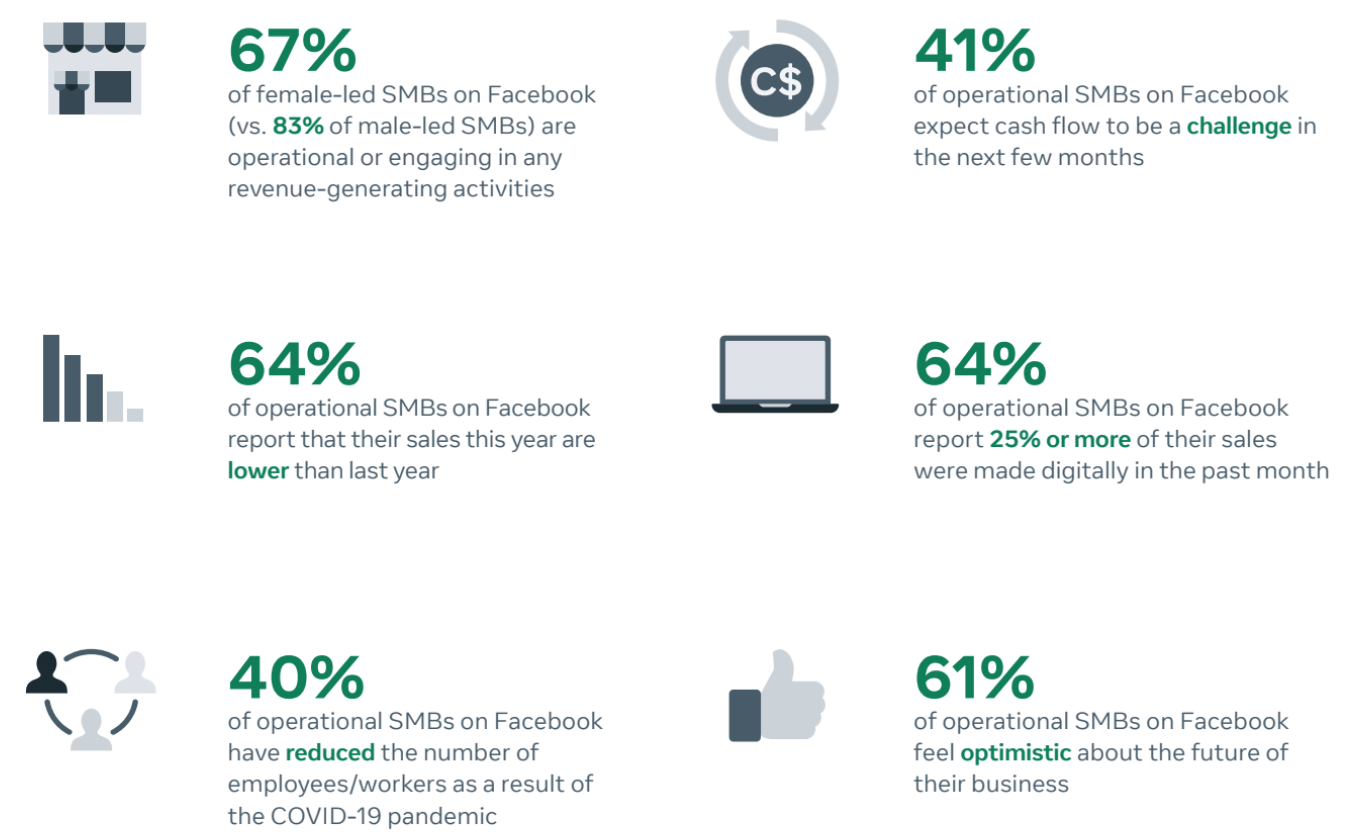 It also found that 64 percent of the businesses surveyed stated that 25 percent or more of their sales were made digitally in the past month. This statistic isn’t too surprising since many businesses have had to shift their operations online due to the pandemic.

Interestingly, the report outlines that 61 percent of the small Canadian businesses said that they feel optimistic about the future of their business.

The survey conducted to compile this report took place on Facebook between May 27-31st with at least 352 respondents in Canada. In order to qualify, respondents were required to be an administrator of an active Facebook business page.