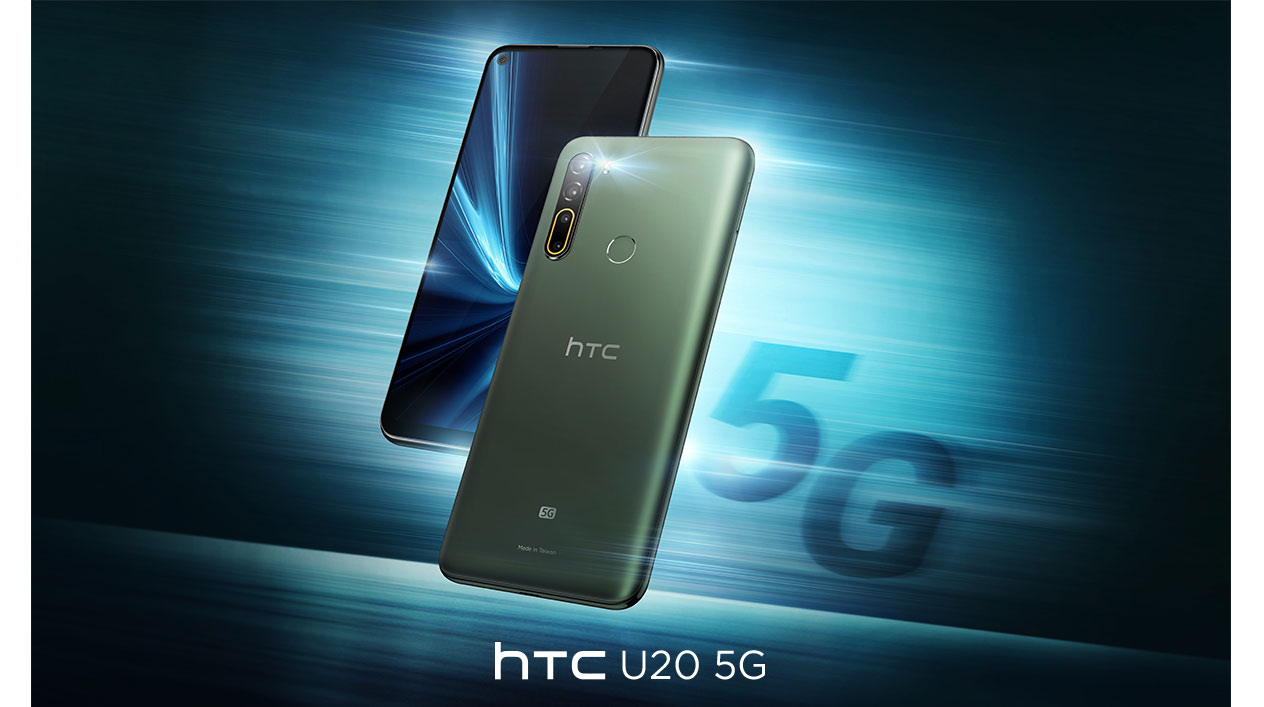 HTC has finally revealed its 5G mid-range smartphone, the U20 5G.

The HTC U20 5G features a Snapdragon 765G processor that’s reportedly in hot demand from several smartphone manufacturers, as well as a 6.8-inch FHD+ LCD display with a rear-facing fingerprint scanner. HTC also added a 32-megapixel selfie shooter and a quad-camera module on the rear with a 48-megapixel primary camera, an 8-megapixel ultra-wide shooter, a 2-megapixel macro lens and a 2-megapixel camera.

The U20 5G sports 8GB of RAM, 256GB of expandable storage, a 5,000mAh battery and NFC. The U20 comes in a variety of colour variants, including ‘Quartz Green’ and ‘Crystal White.’ HTC is manufacturing the U20 5G in-house in Taoyuan, Taiwan.

We’re bringing two new smartphones to Taiwan – the HTC #U205G, which supports both standalone & non-standalone #5G networks; and the HTC #Desire20pro, a powerful device that packs in premium features. Both sport 5 lenses with a whopping 48-megapixel main camera. #htc pic.twitter.com/xiqr4dj4Mo

On the other hand, the 4G Desire 20 Pro sports a Snapdragon 665 chipset with a 6.5-inch LCD screen. It features 6GB of RAM, 128GB of storage, a 25-megapixel selfie, and other than that, all of the same specs as the U20. The Desire 20 Pro is launching in ‘Crystal Black’ and ‘Clear blue.’

It’s unclear if either of these smartphones will launch in Canada. While HTC hasn’t brought a Desire smartphone to Canada since 2015, nearly all of HTC’s U-series smartphones have released here.

HTC is rumoured to have plans to launch a 5G flagship smartphone next month.