Huawei is expanding its Canadian consumer product line up with a few laptops. 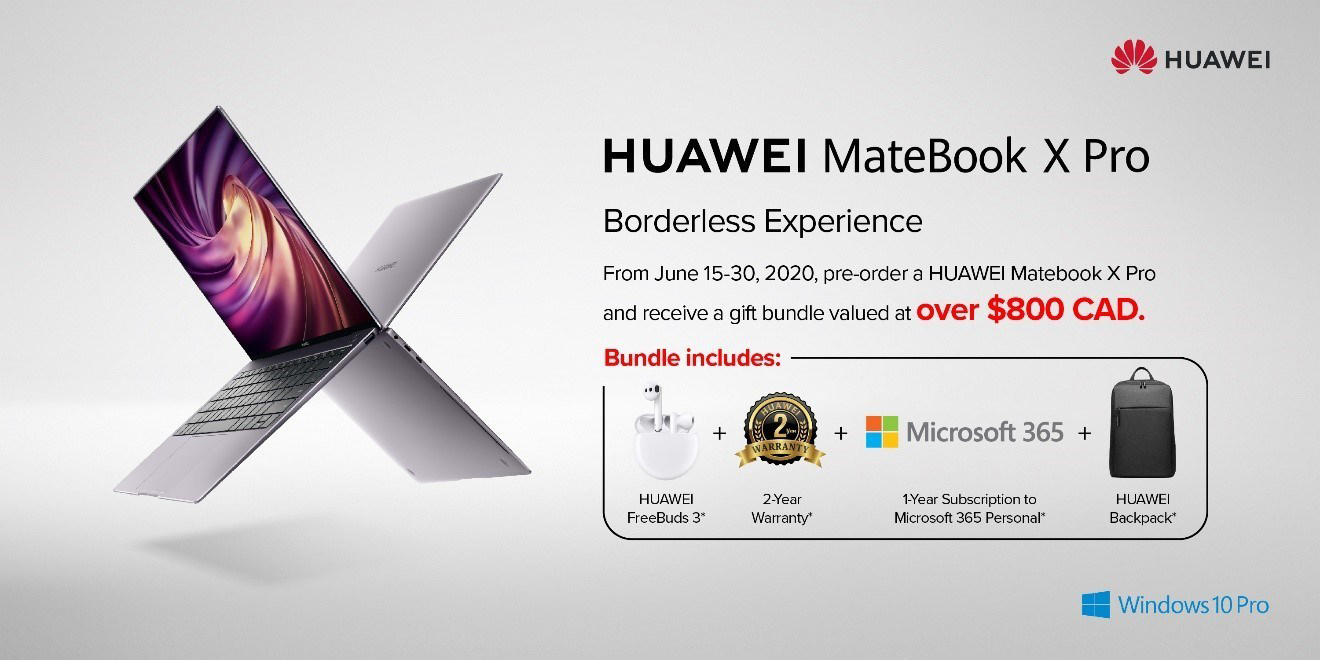 The MateBook X Pro costs $2,499 and comes with a few pre-order bonuses. If you pre-order the MateBook X Pro 2020 between June 15th and 30th, 2020, you’ll also get the FreeBuds 3, a two-year manufacturer warranty, one-year Microsoft 365 Personal and a stylish Huawei backpack.

On the other hand, the MateBook 13 2020 features a 13-inch display with an 88 percent screen-to-body-ratio and weighs 1.3kg. If you pre-order the MateBook 13 before June 30th, it comes with the Watch GT, a two-year manufacturer warranty, one-year Microsoft 365 Personal and a stylish Huawei backpack. The MateBook D costs $1,899.

The last device, the MateBook D 15, features a 15-inch FullView display. If you pre-order before June 30th, the laptop comes with the Huawei Band 4 Pro, a two-year manufacturer warranty, one-year of Microsoft 365 and a Huawei backpack. The Matebook D 15 costs $949.99.

The laptops are available to pre-order at Visions Electronics, Newegg, Canada Computers and Memory Express. And you can learn more about the Huawei Matebook lineup, here.