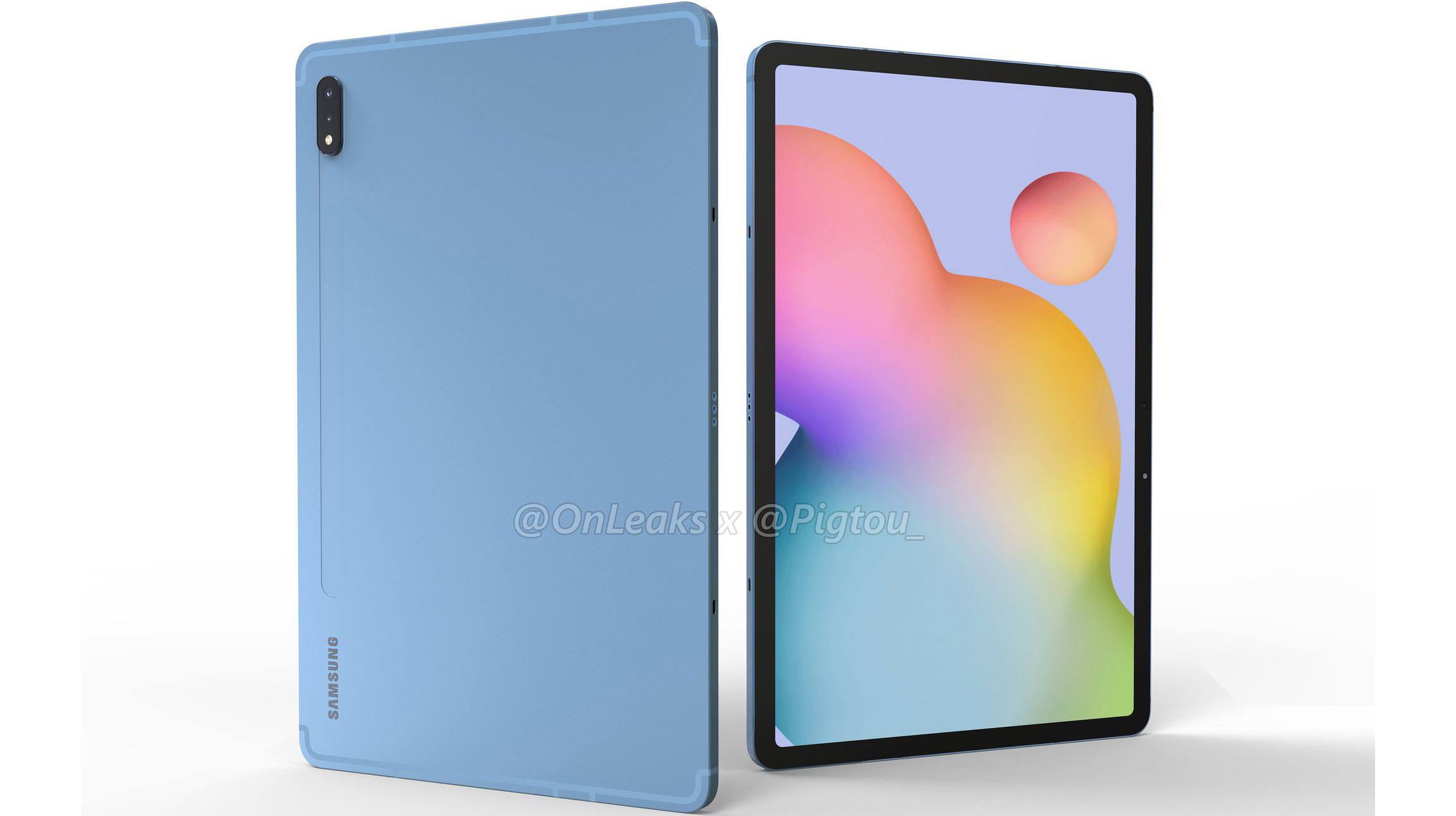 Renders of the Samsung Galaxy Tab S7 have leaked online.

Steve Hemmerstoffer, alongside case manufacturer Pigtou, have shared images of the front and back of the rumoured Tab S7 tablet.

Here comes your very first look at the #Samsung #GalaxyTabS7!

360° video + gorgeous 5K renders + dimensions, on behalf of my Friends over @Pigtou_

The Tab S7 looks similar to its predecessor, the Tab S6, though the dimensions — 253.7 x 165.3 x 6.3mm — indicate that this upcoming tablet is slightly bigger. The Tab S7 also sports a groove for the S Pen stylus like the Tab S6.

The image also reveals Samsung moved the location of the camera. With the Tab S7, the camera has shifted to be located above the screen when the user holds the tablet in the landscape, compared to Tab S6 where the camera sits in portrait mode.

Additionally, the rear-facing camera sports a fairly large camera bump for a tablet.

This image could be incorrect as its only a leaked render and the Tab S7 hasn’t yet officially been announced. The Samsung Galaxy Tab S7 is rumoured to be revealed in August alongside the Galaxy Note 20 series, the Galaxy Fold 2 and the Galaxy Z Flip 5G.