The Xbox (Beta) app on PC just got a significant update that includes the beginnings of mod support.

If you’re unfamiliar with the Xbox app, it’s how Xbox Game Pass subscribers on PC can access their games. Additionally, it’s the launcher for several Microsoft games that haven’t made the leap to Steam yet.

Windows Central spotted the change, which adds a small note to a game’s page stating it supports mods. So far, it appears only one game on the Xbox (Beta) app supports mods; Into the Breach. It’s an indie strategy title from Subset Games.

On the Into the Breach store page, users can press the ‘Enable Mods’ button. That surfaces a warning box that explains what mods are. It also warns users that Microsoft accepts no responsibility for mods that may break games or contain content that doesn’t align with a game’s age rating. After clicking accept, modding is enabled for the game. 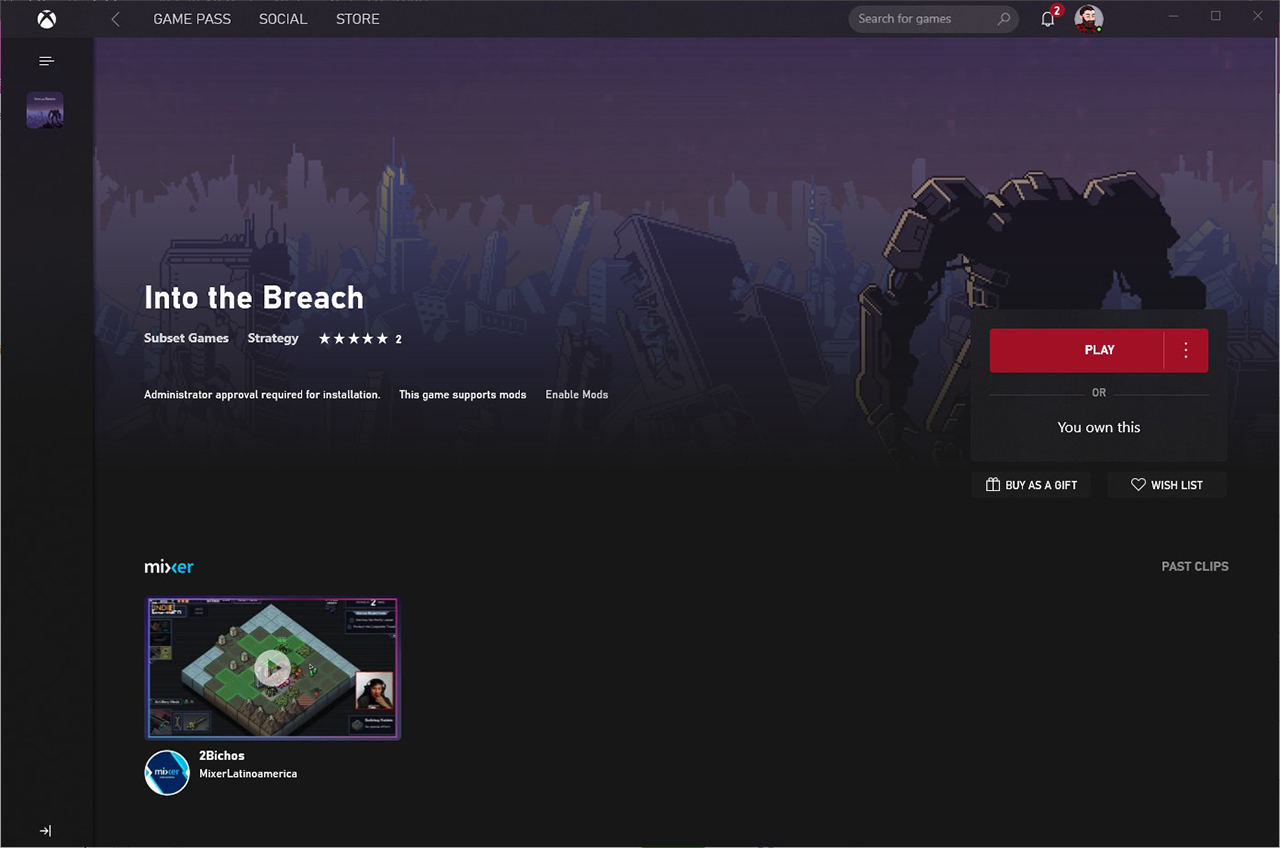 Users are given a link to the game’s file structure — you can also find it again by clicking the three-dot menu button beside the ‘Play’ button. Unfortunately, for now users will have to manually add mods to a game’s file structure themselves. Microsoft currently doesn’t offer a mod store or a system for adding mods, although the company is likely working to add a mod store and installation system.

While only Into the Breach appears to support it now, more games will likely join it in the future.

Mod support is a major step forward for Microsoft and its PC games. A long-standing complaint about PC games on the Microsoft Store was the lack of mod support. Considering many PC games have vibrant modding communities, and modding is arguably one of the big selling points of PC gaming, it was frustrating to use a system that didn’t support it at all. 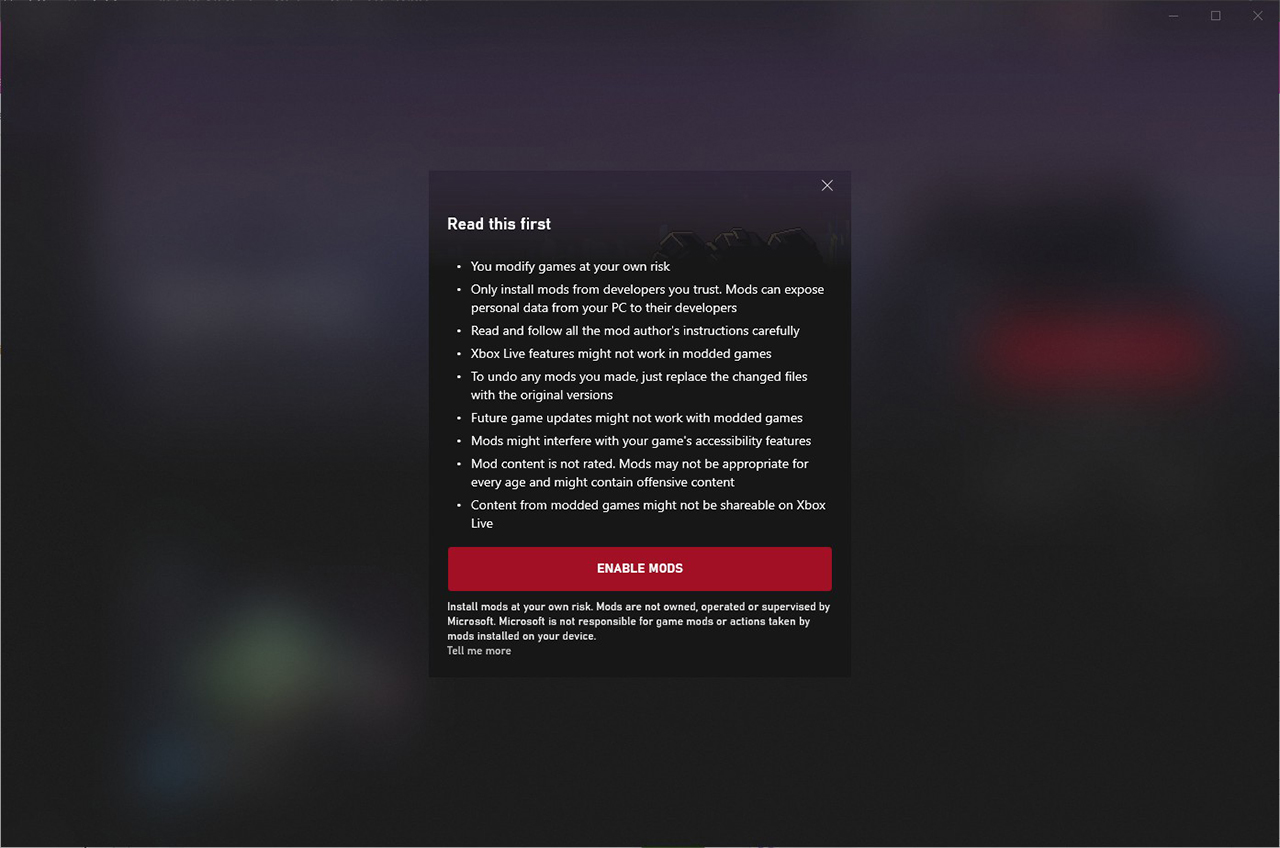 On top of the mod updates, the Xbox (Beta) app now uses React Native for everything. Windows Central notes that the full move over to React Native needs some performance enhancements, but beyond that, the Xbox app works great and PC. It also sports more of a Fluent design, complete with blurred panels, attractive animations and more.

Those interested in checking out the Xbox (Beta) app can download it to their PC for free from the Microsoft Store.