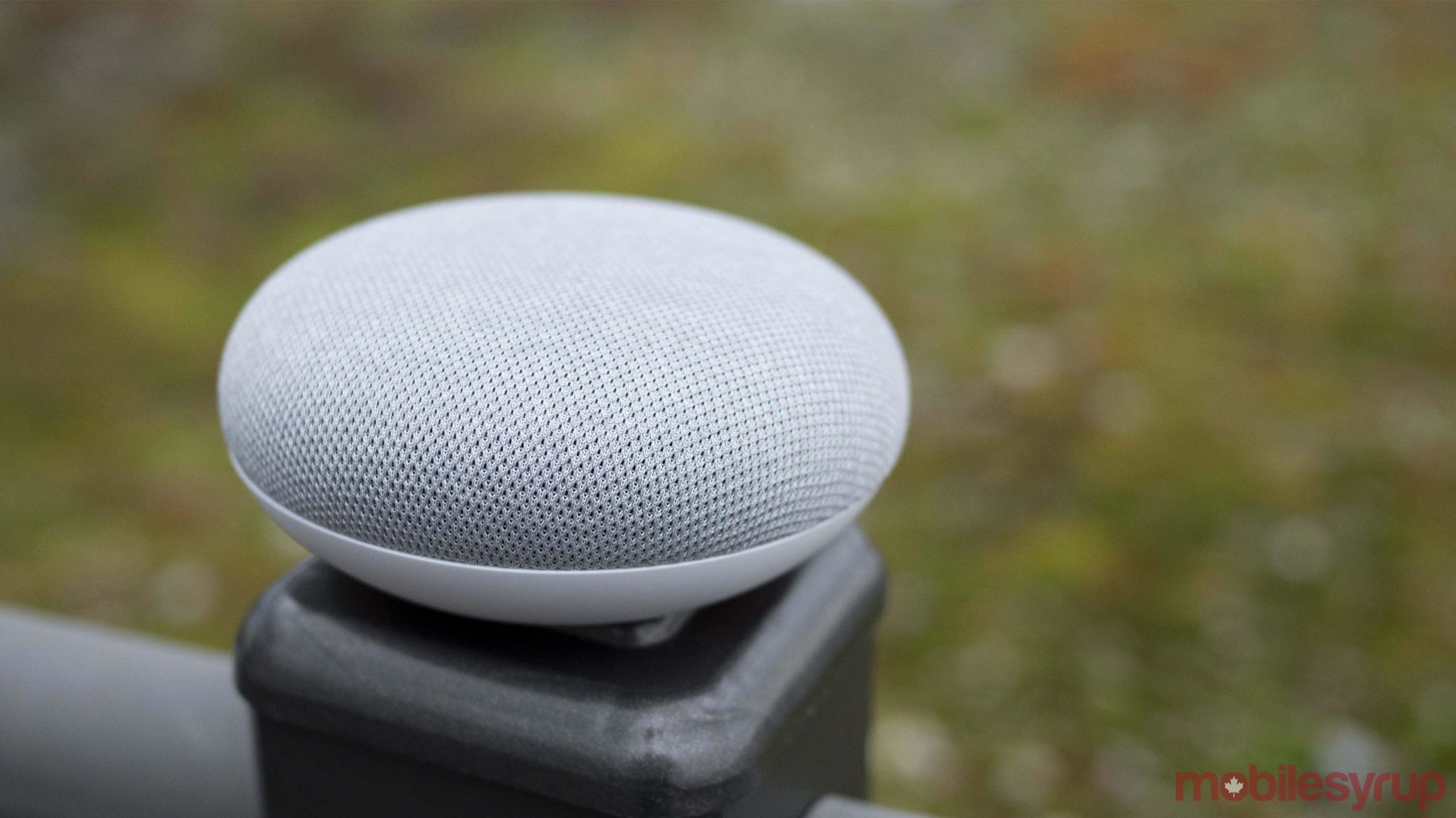 There have been quite a few do-it-yourself mods for Google Home Minis, but this one is probably the most ridiculous and interesting that I’ve seen.

Redditor ‘Movieman_75’ posted a short video showing a modded Google Home Mini he put inside a rotary phone. Yea, that’s right: a Mini in a phone. And, you can hang up on Google Assistant.

Movieman_75 mentions in the video that the rotary dial on the phone doesn’t actually do anything — it still spins though, so you can ‘dial’ numbers if you want. Instead, you just pick up the phone and use the ‘Hey Google’ wake command to trigger the smart speaker inside the phone. You can then issue a command and the Home Mini responds through the receiver on the phone. However, Movieman_75 mentions that he didn’t connect the receiver’s microphone to the Home Mini, so it’s still using the speaker’s built-in mic.

In the video, he issues a command to play music and the Home Mini begins a playlist. Admittedly, the audio quality is quite low and wouldn’t make a great fit for music, but if you wanted to ask a question or place a phone call over the Home Mini, it should work well for that.

The coolest part of the mod, however, is when you’re done issuing commands — you can just hang up the phone. When you do, it silences the speaker completely, or if you’re listening to music, pauses the song. Movieman_75 notes that he used the phone’s built-in switch for detecting if the receiver is hung up to cut the speaker. He also plans to use that same switch to turn off the microphone in the future.

Unfortunately, Movieman_75 did not share any details about how he combined the Home Mini and rotary phone into one device.

While the whole project is quite ridiculous, it is cool to see how moddable and flexible the Google Home Mini is. Plus, I’d imagine that hanging up on the Google Assistant could be quite cathartic.

You can see the whole thread about the device over on Reddit.

Google Home Mini is $35 at Bed Bath & Beyond