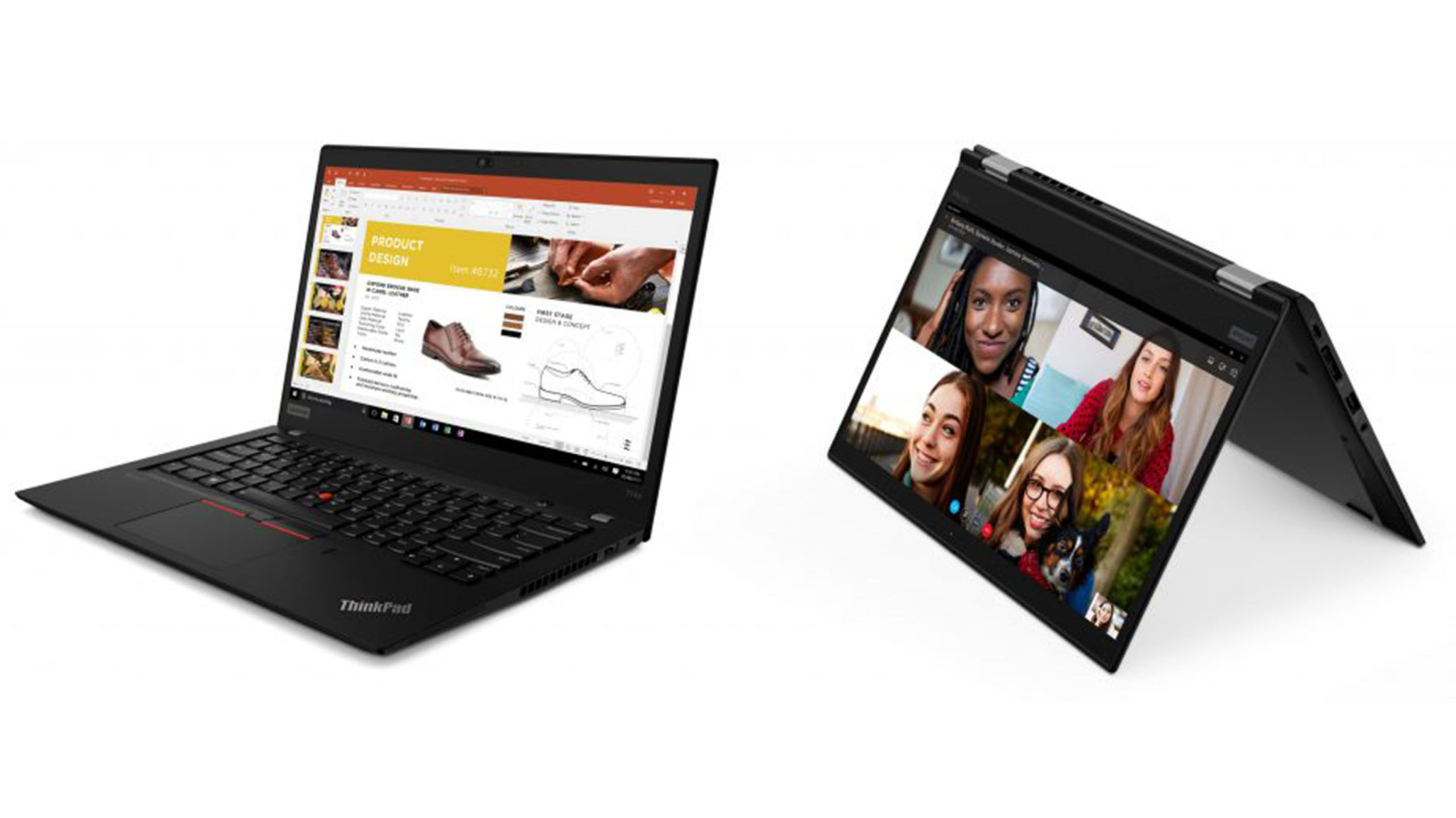 Lenovo has rolled out an updated line of ThinkPad laptops for businesses offering either Intel 10th Gen vPro or AMD Ryzen 4000 PRO Mobile CPUs, and much more.

The refresh introduces new laptops and 2-in-1s across the ThinkPad T, X and L lines. Further, many can be configured with either Intel’s 10th Gen vPro CPUs or, for the first time according to Lenovo, the Ryzen 4000 PRO line of chips. Engadget notes that the flagship Ryzen 4000 chip, which boasts eight cores and 16 threads, surpasses some of Intel’s CPUs in some benchmarks.

Regardless if you go with Intel or AMD, the laptops also include Wi-Fi 6 compatibility as well as features like ‘Modern Standby,’ which offers an always-on experience similar in nature to a smartphone.

To start, the new ThinkPad T14, T14s and T15 come with Windows 10 Pro and include ‘Wake on Voice’ as well as Dolby Audio speakers. Buyers can also configure the T14 and T14s with Ryzzen 4000 chips instead of Intel chips.

Lenovo’s ThinkPad X13 and X13 Yoga both received an upgrade as well. The more flexible Yoga variant also sports Dolby Audio, and customers can configure it with a UHD OLED display with Dolby Vision. The not-so-flexible X13 version, on the other hand, is a little cheaper and can use the AMD CPUs instead of Intel.

Finally, the ThinkPad L14, L15 and L13 Yoga received redesigns that make them thinner than their predecessors. All three versions run Windows 10 Pro and have fingerprint readers that work with Windows Hello. Additionally, the ThinkPad L14 and L15 come with ‘communication keys’ that let users quickly join or leave meetings. Both models can also run on Ryzen 4000 chips instead of Intel.

It’s also worth noting that the Intel-based ThinkPad T and X models, as well as the ThinkPad L14 and L15 support optional LTE connectivity. Further, the T and X series can support up to 1Gbps speeds.

All the new models will be available starting in Q2 2020 and starting prices in Canada are available below.