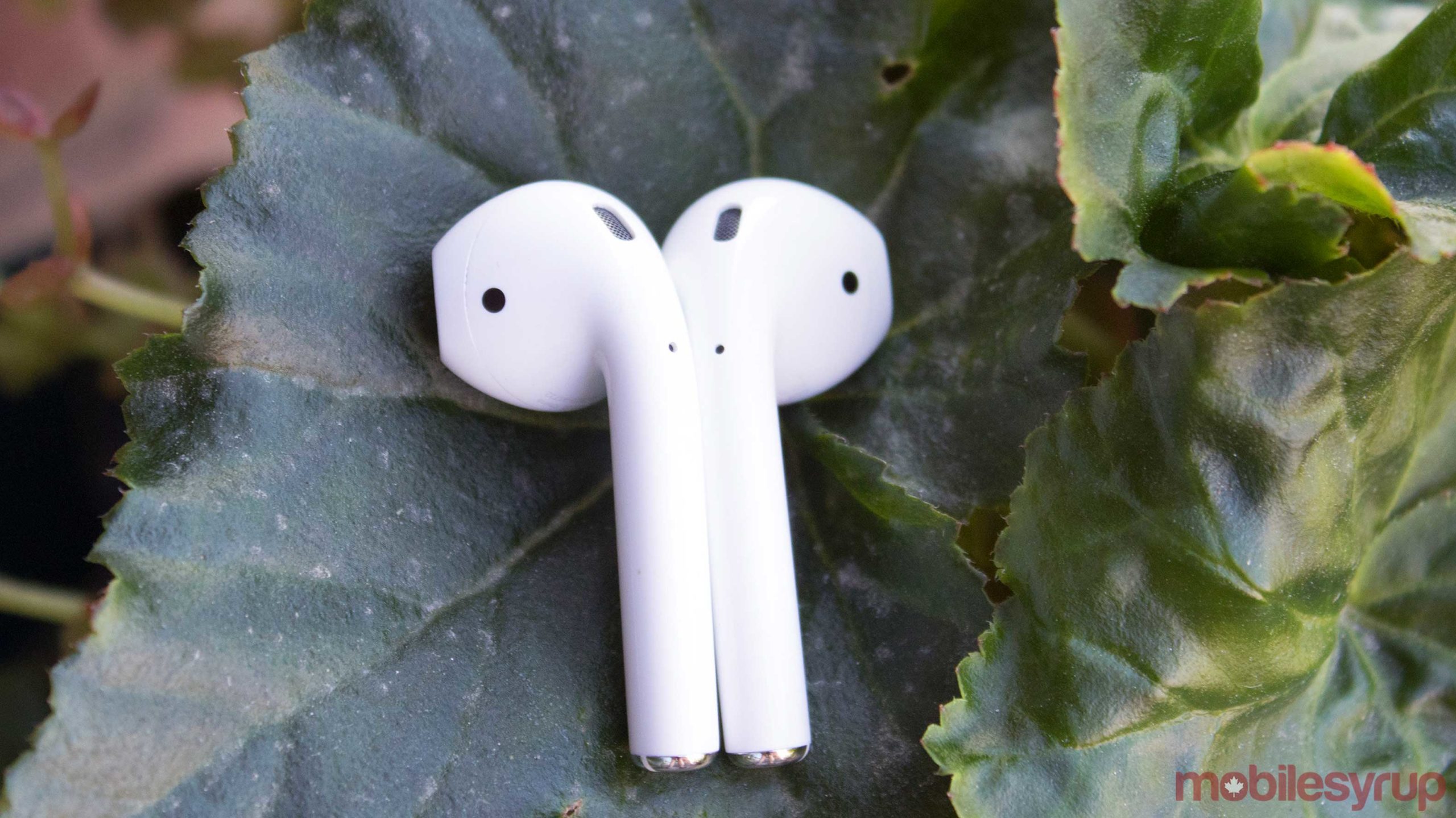 True wireless earbuds are the fastest-growing product in the audio segment, which should come as no surprise to those who follow tech closely.

Over the last few years, true wireless earbuds — the kind that feature two earbuds not connected by any wires — have become significantly more popular. It could be said that Apple is responsible for popularizing true wireless earbuds, given the success of its AirPods and AirPods Pro products.

According to market analysis from Canalys, a total of 43 million units of true wireless earbuds were sold in Q3 2019, an annual increase of 183 percent. Apple dominates the market with a share of 43 percent, shipping 18.2 million AirPods. It’s likely to hold onto that lead with the AirPods Pro, which includes noise cancellation and was a hot commodity during the holiday season. 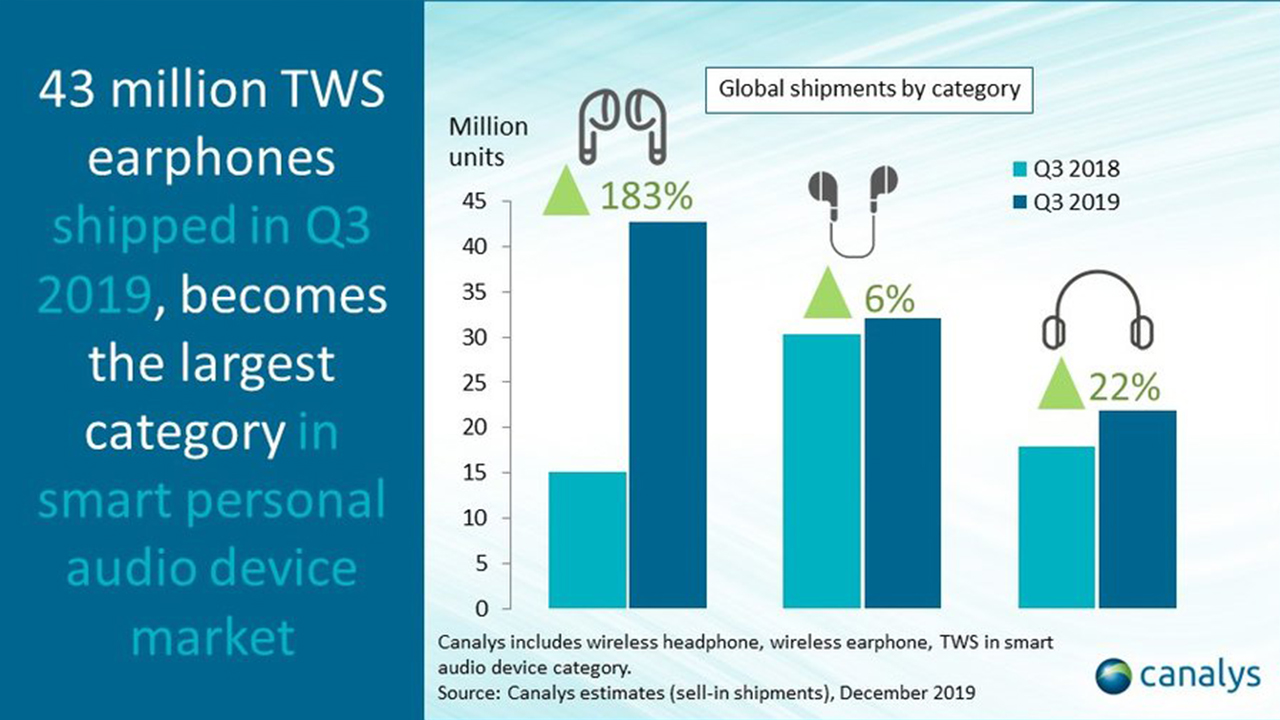 Xiaomi and Samsung are distant runners up to Apple’s 43 percent market share, claiming seven percent and six percent of the true wireless market respectively. For wireless earbuds, JBL is top dog at eight percent, with Sony and Skullcandy tied for second at six percent each. JBL leads the wireless headphone market as well with a 13 percent share, followed by Sony at 10 percent and Bose at eight percent. 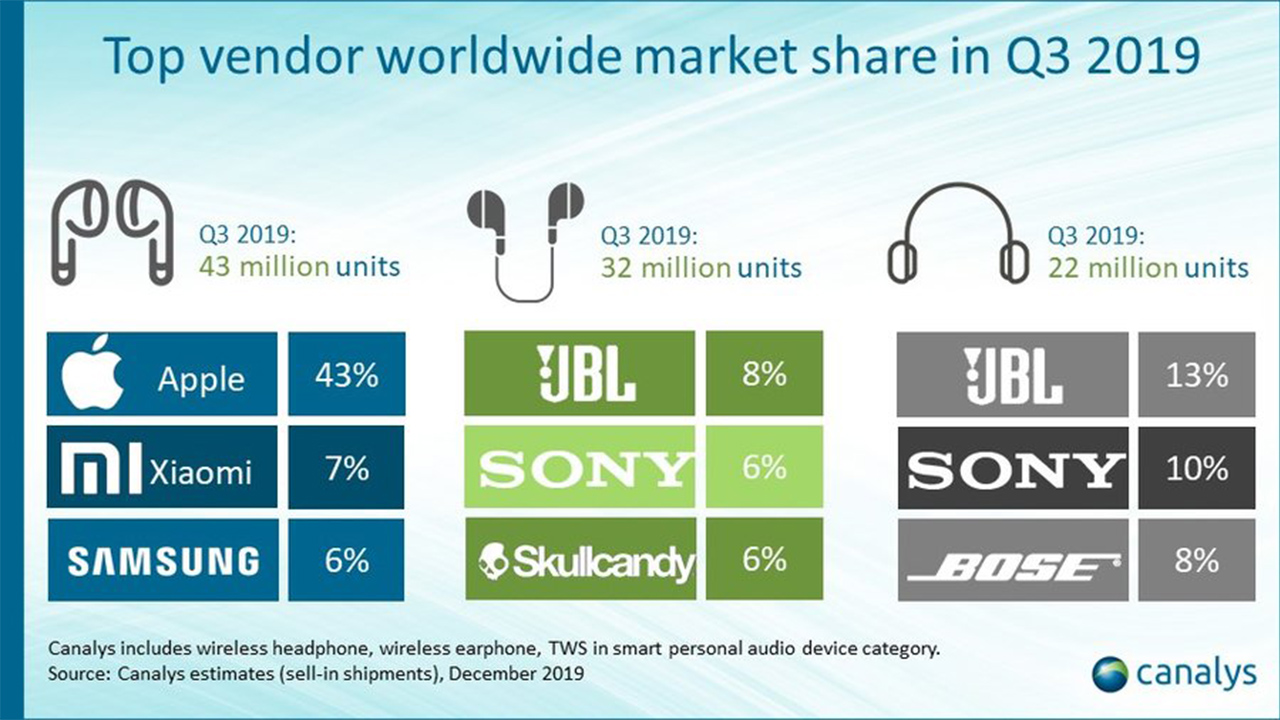 An interesting takeaway from the data is that both smartphone makers and traditional audio brands are battling for top spot. While audio brands can offer experience and excellent-sounding products, smartphone manufacturers seem to focus on ‘smart features’ that entice customers. These features include access to on-device AI assistants, deep integration between earbuds and devices and more. True wireless earbuds adhering to that model can make for easy upsell products or excellent bundle options to entice customers to go with one phone over another.

I’d expect this space to continue to grow and get more heated, especially with big players like Microsoft and Google prepping to launch their own true wireless earbud solutions in 2020. For now, Apple will likely remain top dog, but solid offerings from other players could change that in the future.