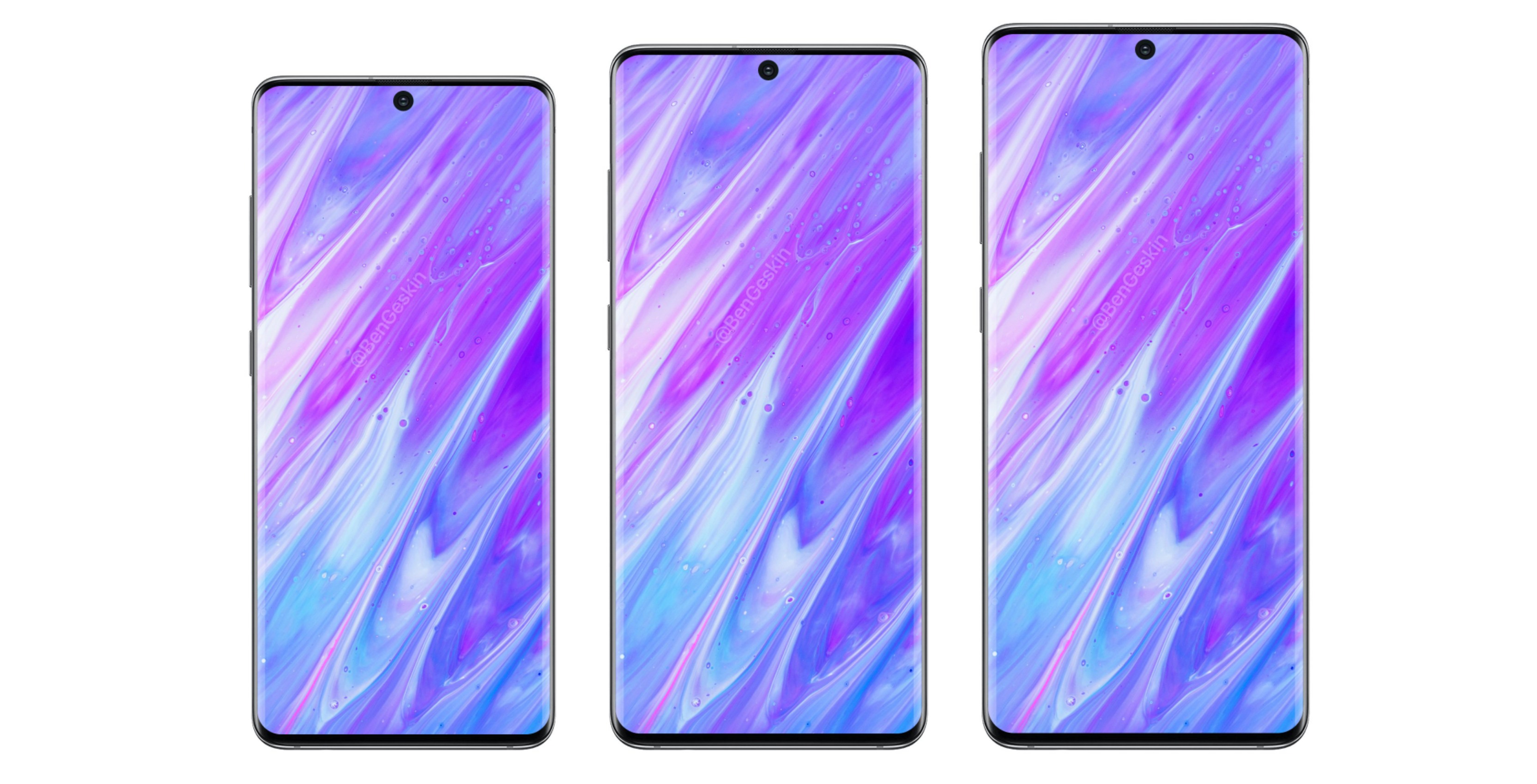 The smallest screen size will likely either be 6.2 or 6.4-inches, while the larger sizes will measure 6.7 and 6.9-inches. These sizes are a considerable increase from the S10 lineup, which featured 5.8-inch, 6.1-inch and 6.4-inch screens.

Blass has also revealed that the smaller two sizes will come in 5G and LTE variants, while the 6.9-inch only come with a 5G variant.

Additionally, the leak suggests that all of the variants will have curved-edge displays unlike the previous flat panel style on the S10e.

Concept designer, Ben Geskin, has created renders of the S11 lineup and compared the specs with the S10 lineup.

Please notice that phones will be similar in width = grip, but displays much larger due to taller aspect ratio: 19:9 in S10 vs 20:9 in S11 pic.twitter.com/oyYOXuZw8I

The leak indicates that Samsung will launch the 2020 flagship line in mid-to-late February.