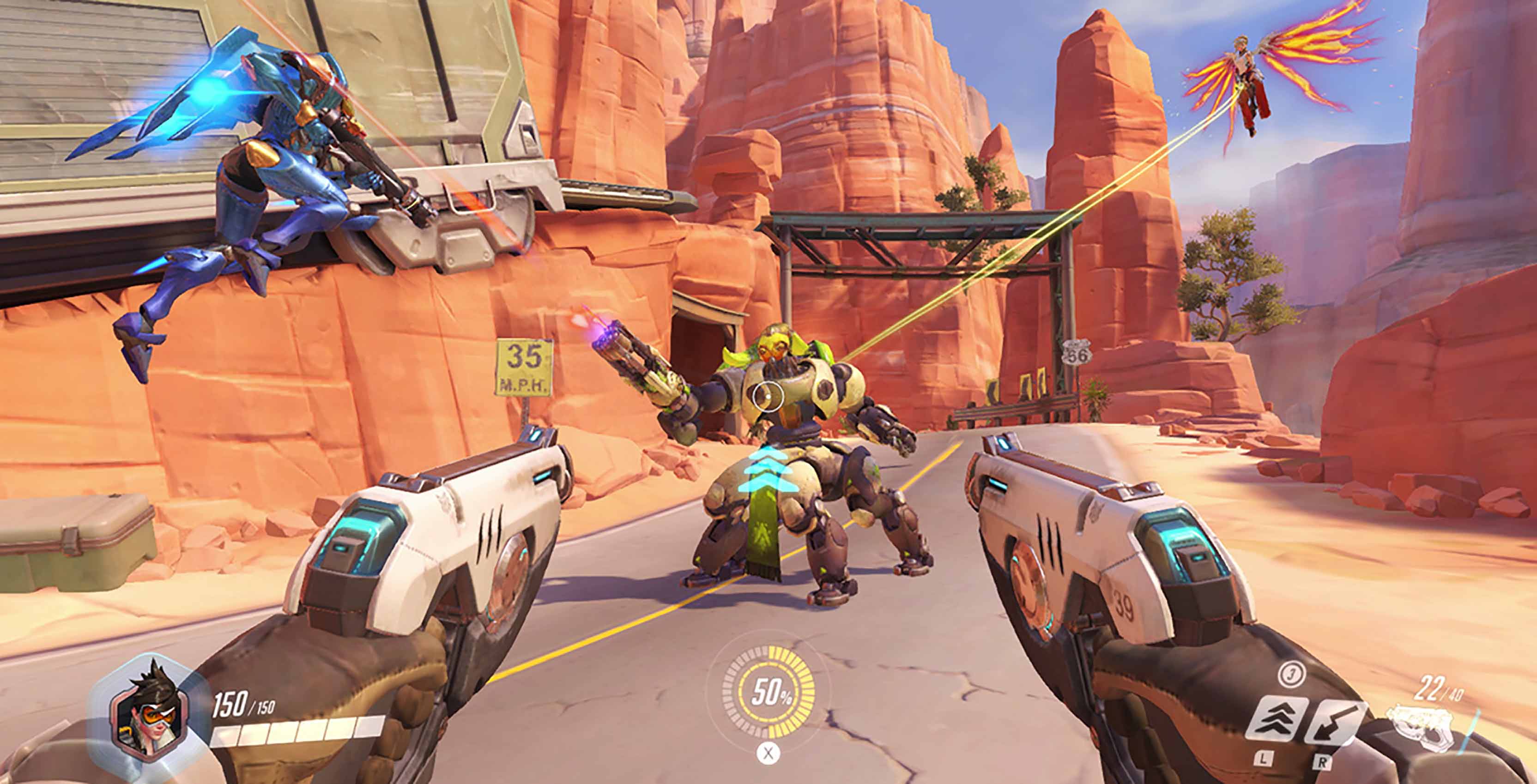 In early September, Blizzard Entertainment made the surprise announcement that its massively popular hero shooter Overwatch is coming to the Nintendo Switch.

Now, the company is revealing more about the game’s Switch port.

To start, Overwatch on Switch features gyro-controls, meaning that players can physically move their Switch or Pro Controller to aim. Alternatively, detaching the Joy-Cons will allow the player to aim them like a laser pointer.

These additional control schemes come alongside a framerate of 30fps, down from the 60fps offered in the PlayStation 4 and Xbox One versions of the game.

“A lot of the work went into looking for areas we could optimize performance and finding the right visual settings that looked and felt like Overwatch,” Yanagi told Vooks. “While it’s easy to focus on the graphics when thinking about performance, there were a lot of other systems like physics and audio that contribute to the overall frame rate. We spent a lot of effort optimizing those systems to make the game feel just right.”

If Yanagi had his way, there would be even more Overwatch content on the Switch in the future.

In another interview with GameSpot, Yanagi also expressed interest in one of the game’s characters coming to Nintendo’s mega fighting game crossover Super Smash Bros. Ultimate.

“As a player and big fan of [Super Smash Bros.], I think that would be awesome,” he said. “It would be an honour if Nintendo chose to bring one of our characters into [Super] Smash Bros.”

Overwatch will launch on the Nintendo Switch on October 15th.