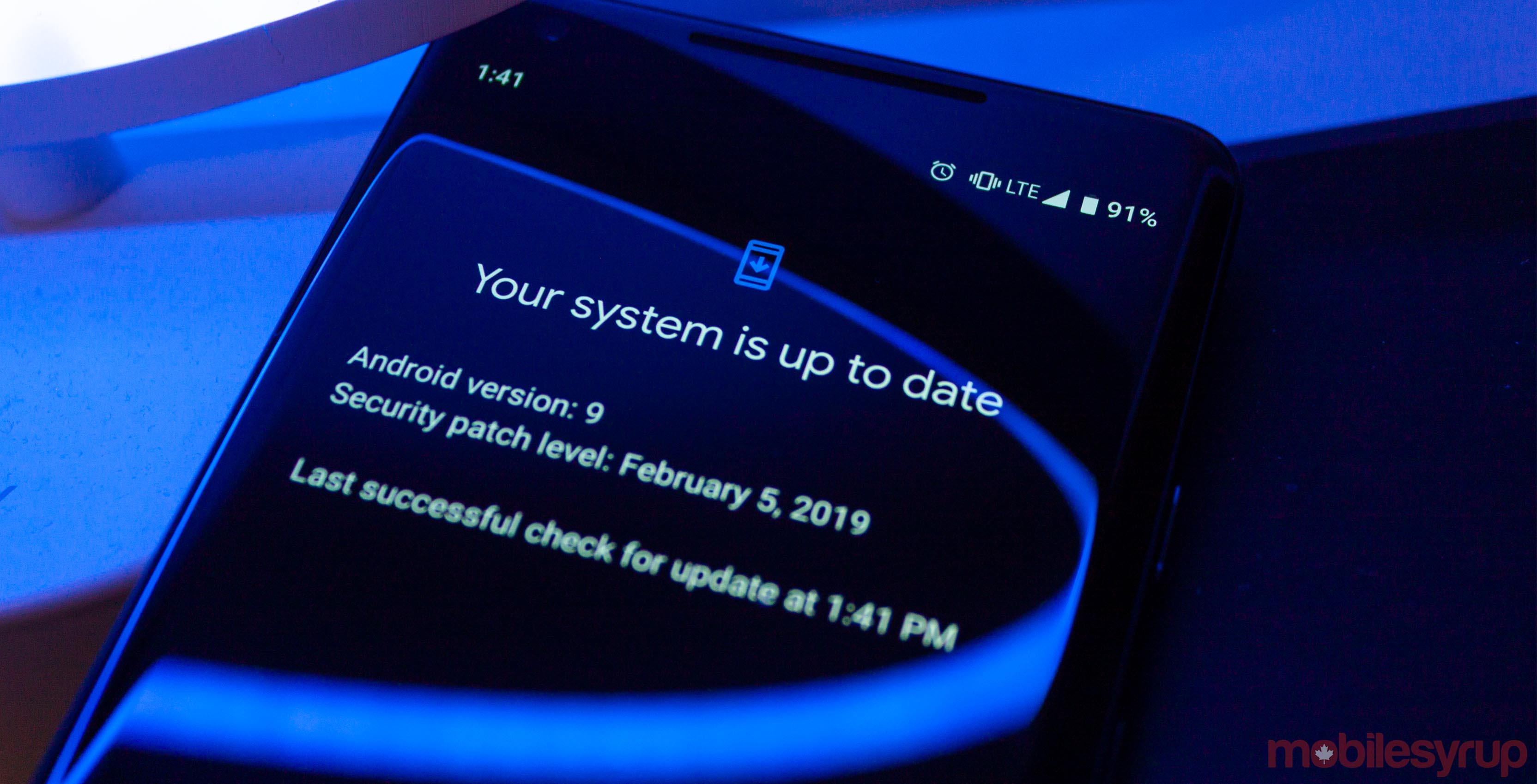 Update – September 25: Rogers, Bell, Telus and other carriers have pushed out the update to Android Pie for the LG V30 in Canada today.

It looks like several more Android phones are set to receive critical security updates and other upgrades.

A recent Rogers Community Forum post included a schedule of upcoming Android security and system updates heading to phones. The post notes that, while Rogers works to ensure updates stick to the schedule, sometimes things happen outside its control and updates get delayed. In other words, don’t worry if you don’t get an update right away.

That said, let’s dig in: the Samsung Xcover 4’s Android Pie and August security update are now available. The update should be appearing on people’s devices shortly.

Also in the Samsung camp, the company’s Tab A 10.5 will see its Android Pie and August security update begin rolling out on September 16th. It should be appearing for users now.

Finally, the LG V30 Android Pie update is “Coming soon” according to the schedule. The post didn’t elaborate on when.

The schedule also lists several devices set to get the September security patch over the next few weeks. Below you’ll find a list of phones and the dates Rogers says the update will be available:

It’s worth noting that Google rolled out the security patch along with the launch of Android 10 on September 3rd.