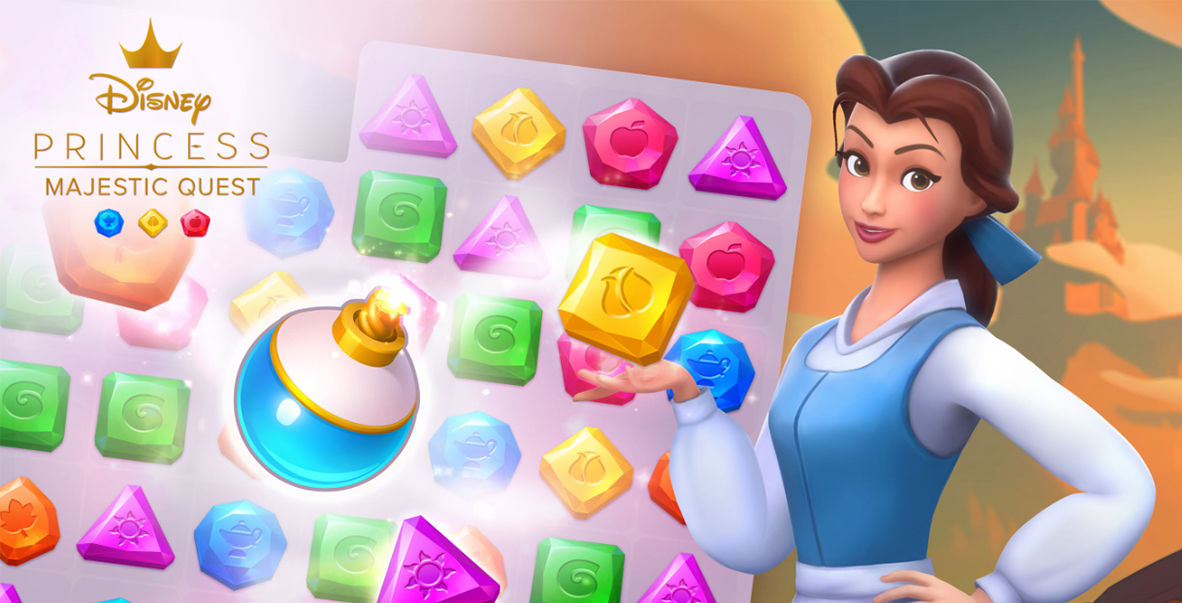 Gameloft has announced that pre-registration is now open for Disney Princess Majestic Quest and Disney Getaway Blast. The company also released a trailer that offers a glimpse of the games’ gameplay.

Puzzle lovers can now pre-register these mobile games to learn more about the in-game Disney princess and other characters. They will also get a chance to win exclusive rewards.

Disney Princesses Majestic Quest is a Candy Crush-like Match-3 adventure that involves beloved Disney Princesses such as Jasmine and Belle. The storyline is set after a magic storm that swept the Kingdom, and the princesses are there to rebuild it. Players pre-register the game will receive in-game currency for a boosted start once the game launches around the world.

In Disney Getaway Blast, players take on a puzzle escape to island destinations with iconic characters from Disney and Pixar films. Players are able to collect and build their own collections of characters as they pop through puzzles.

They will also be able to unlock special abilities from films, namely Elsa’s icy basts from Frozen and the Genie’s three wishes from Aladdin. Players who pre-register the game will receive a ‘Vacay Minnie’ and other rewards once the game launches globally.