The functionality, first spotted by Android Police, is an extension of a feature Google introduced in 2018 wherein Android users could pin a single match to their smartphone’s home screen. One year later, Google started allowing individuals to pin multiple ongoing matches at the same time. Now it’s automating the feature. 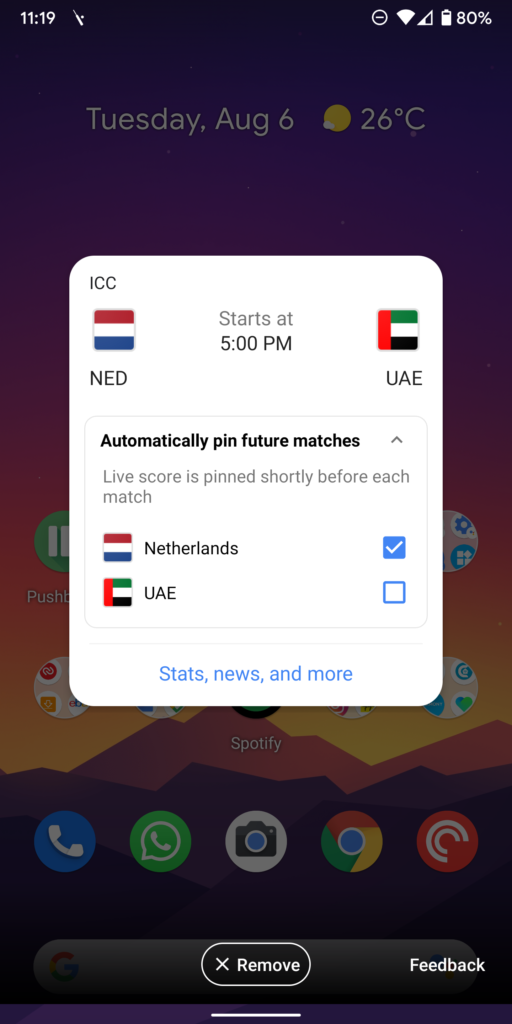 To get the Google app to pin live matches to your smartphone’s home screen automatically, first pin a match as you normally would, then tap the icon Google adds to your home screen. There should be an option to “Automatically pin future matches” located beneath the score. Tapping this will allow you to pick the team you want to follow. It’s possible to set the Google app to automatically pin multiple teams at any one time.

The feature should work with any sport, including NBA basketball and NHL hockey, though Android Police and others have only had the chance to test how the feature works with soccer, cricket and MLB baseball.