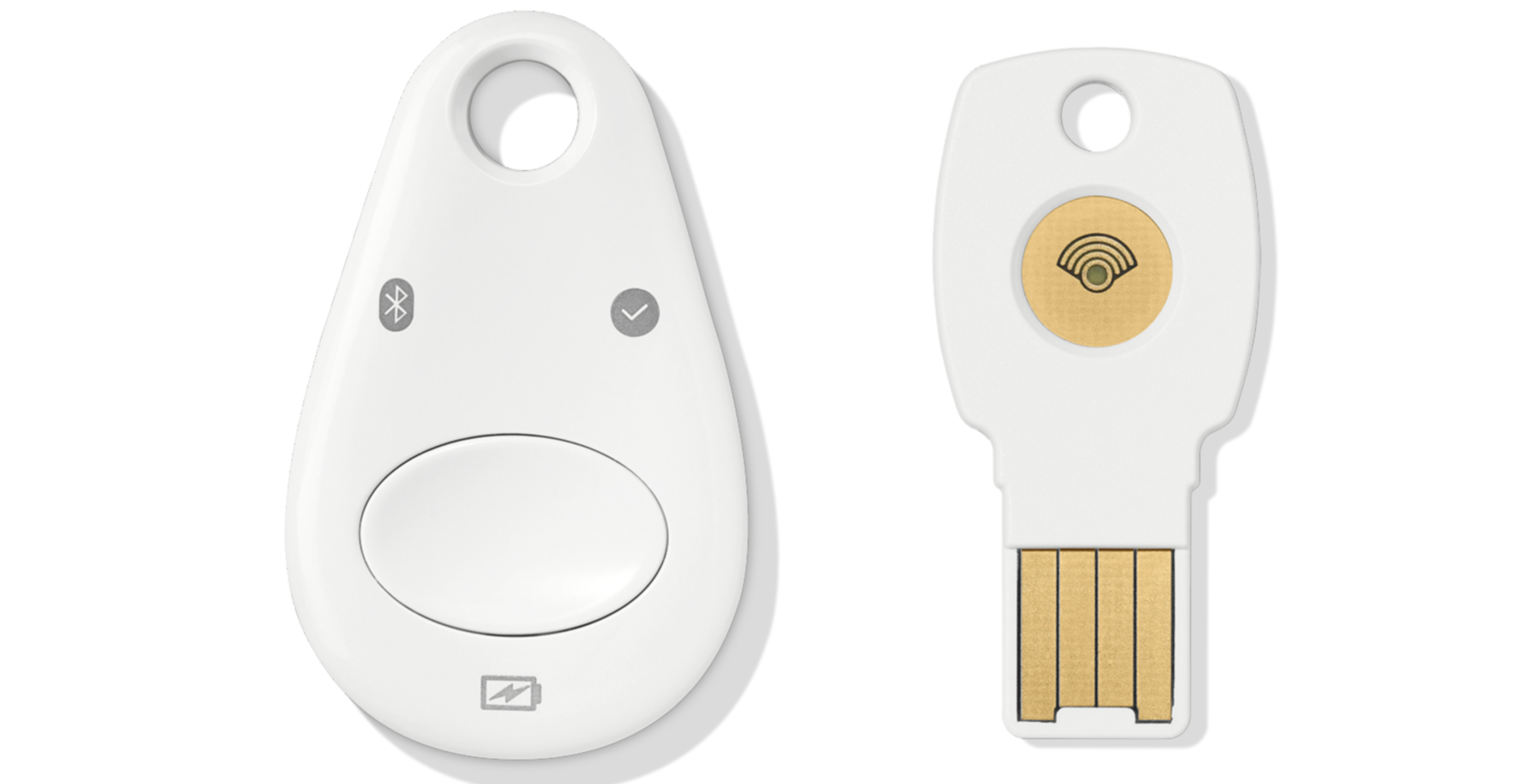 After first launching in the U.S. almost exactly a year ago, Google’s first-party Titan Security Key is now available to purchase in Canada, as well as France, the U.K. and Japan.

Each key is actually two separate tokens — one that connects to devices via USB and NFC and another that connects via Bluetooth — that Google bundles together. Canadian consumers can purchase an individual bundle for $65 CAD. Each bundle also ships with a USB-C to USB-A adapter, and a micro USB to USB-A cable to ensure individuals can secure their web logins no matter what combination of devices they own.

While the Titan Security Key is primarily designed to secure Google services logins, each token is fully FIDO compliant (the security alliance, not the Rogers flanker brand), which means they can also be used for two-factor authentication on websites like Facebook, Dropbox and GitHub.

What’s more, Google designed the Titan Security Key specifically as a defence against phishing. One issue with other forms of two-factor authentication is that it’s still theoretically possible for a hacker to phish a high-value individual’s account information, password and two-factor login by tricking them into visiting the wrong website.

In contrast, the Titan Security Key is far more resilient to phishing attacks since, in addition to functioning as a way to authenticate an individual, it uses a public-private key handshake to ensure its owner is on the correct website.

According to statistics compiled by Google, if a hacker is able to carry out a successful phishing attack they’re 500 times more likely to breach an account successfully. Using account information they found online or a key logger, a hacker is comparatively only 10 and 40 times more likely to breach an account. The likelihood of success associated with phishing, combined with just how easy and cost-effective it is to do at scale, is what makes phishing so prevalent today.