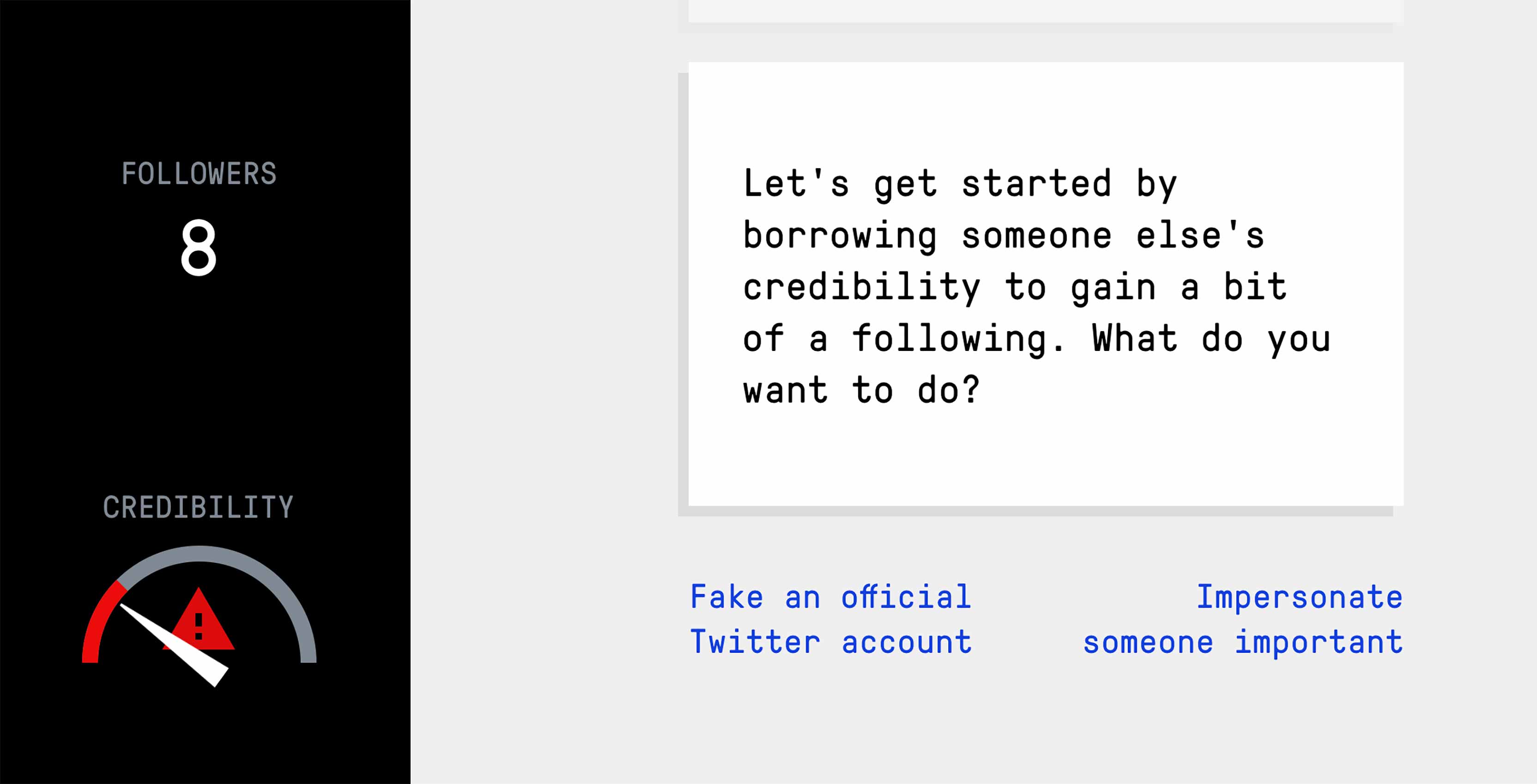 A new browser game is able to teach people to correctly identify fake news after 15 minutes of playing.

Developed by researchers at U.K.’s University of Cambridge, the ‘Bad News’ game has players creating and sharing all kinds of disinformation, including conspiracy theories and faux political scandals.

In the game, players will earn badges as they gain more credibility and attract more followers by spreading their fake more widely across the web. Researchers say they drew from real-life examples of fake news to come up with the in-game scenarios.

According to a study published last week in Palgrave Communications, people who played Bad News for at least 15 minutes ranked disinformation 21 percent less reliable, on average, than before they played the game.

That said, the researchers acknowledged that participants went in knowing the purpose of the game and, therefore, were subconsciously prepared to be more alert.

Nonetheless, Sander van der Linden, co-author of the study and director of the Cambridge Social Decision-Making Lab, told CBC News she’s quite “surprised” and “encouraged” by the findings overall.

Bad News can be played for free here.