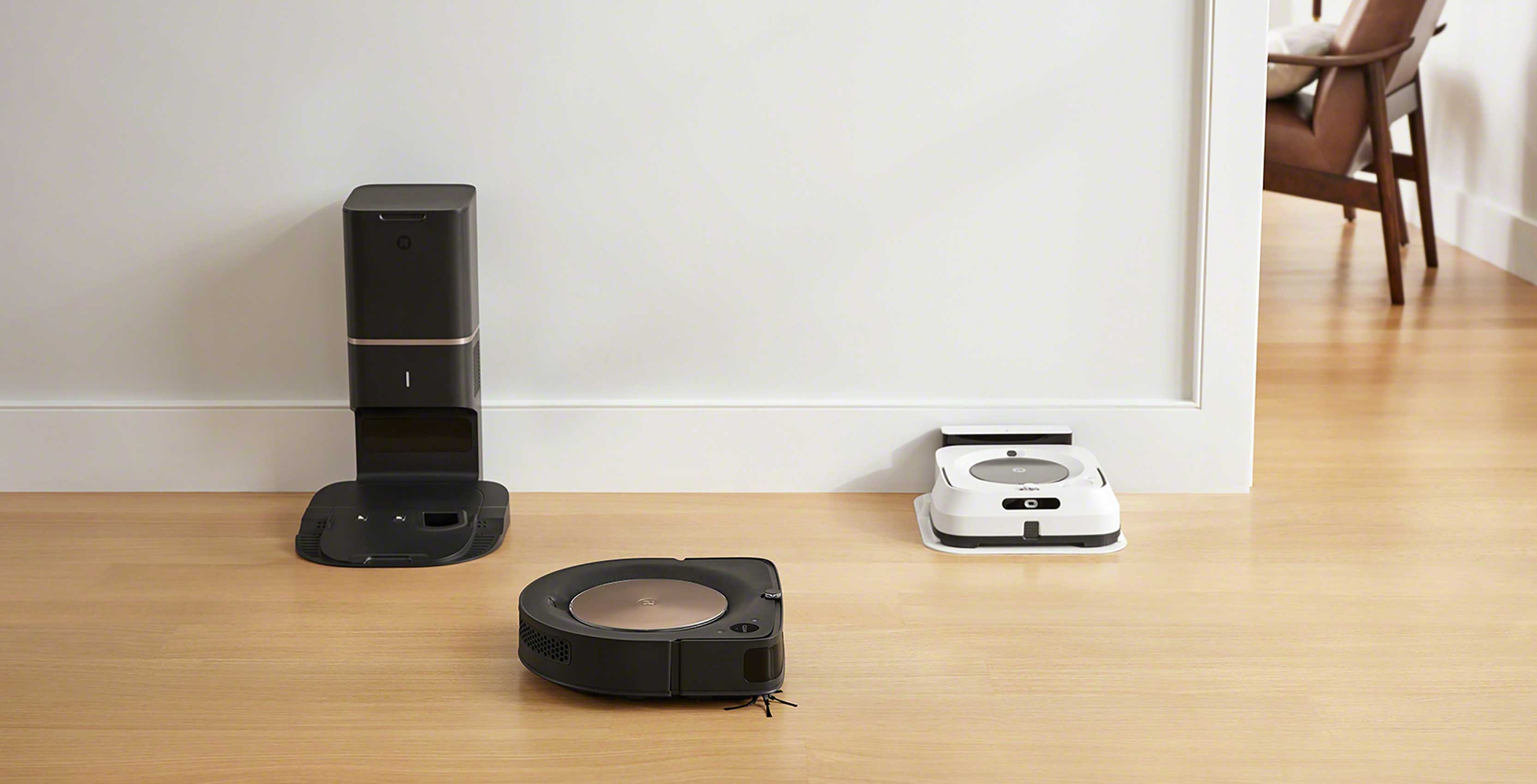 iRobot has revealed what is effectively a very efficient robot curling team designed to clean your home.

The Roomba S9+ robot vacuum with Clean Base Automatic Dirt Disposal and the Braava Jet m6 robot mop can tackle multiple rooms and large spaces with navigation and mapping capabilities that allow the devices to work in tandem to clean a home.

iRobot calls this new cooperative cleaning feature ‘Imprint Link Technology.’ Essentially, the Roomba S9+ vacuums an area and then the Braava Jet m6 mops that same surface once the vacuum has returned to its dock. 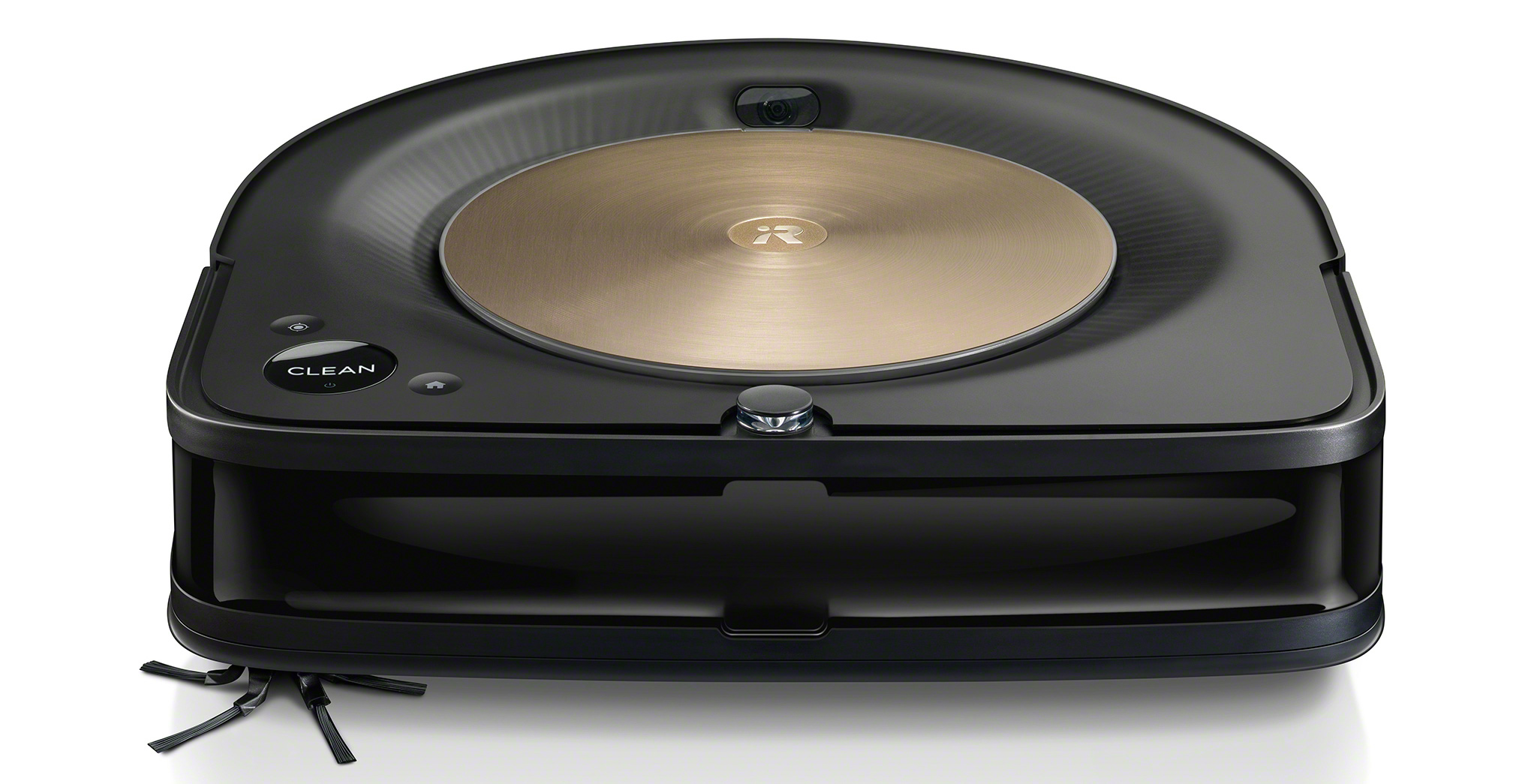 The company says it also upgraded the robot vacuum’s cleaning system to be 40 times more powerful than Roomba’s 600 Series robot vacuums and four times more powerful than the S7+. Other features, like the ability to map specific rooms in your home, return with the new S9+. The automatic dirt disposing of Clean Base is also back again, though the S9+ requires a new version of the dock since the front of it is square.

The other benefit to this new, square-ish shape is the fact that the robot vacuum is more easily able to fit in corners. As a result, there’s actually a front to the Roomba with the S9+, which forced iRobot to change how the device navigates around your home.

Further, the new S9+ base features an anti-allergen system that keeps 99 percent of pollen and mold allergens trapped and locked in the Clean Base, according to iRobot. Finally, there is also a new 3D sensor on the front of the robot that allows the robot to get a much clearer vision of what is in front of it. 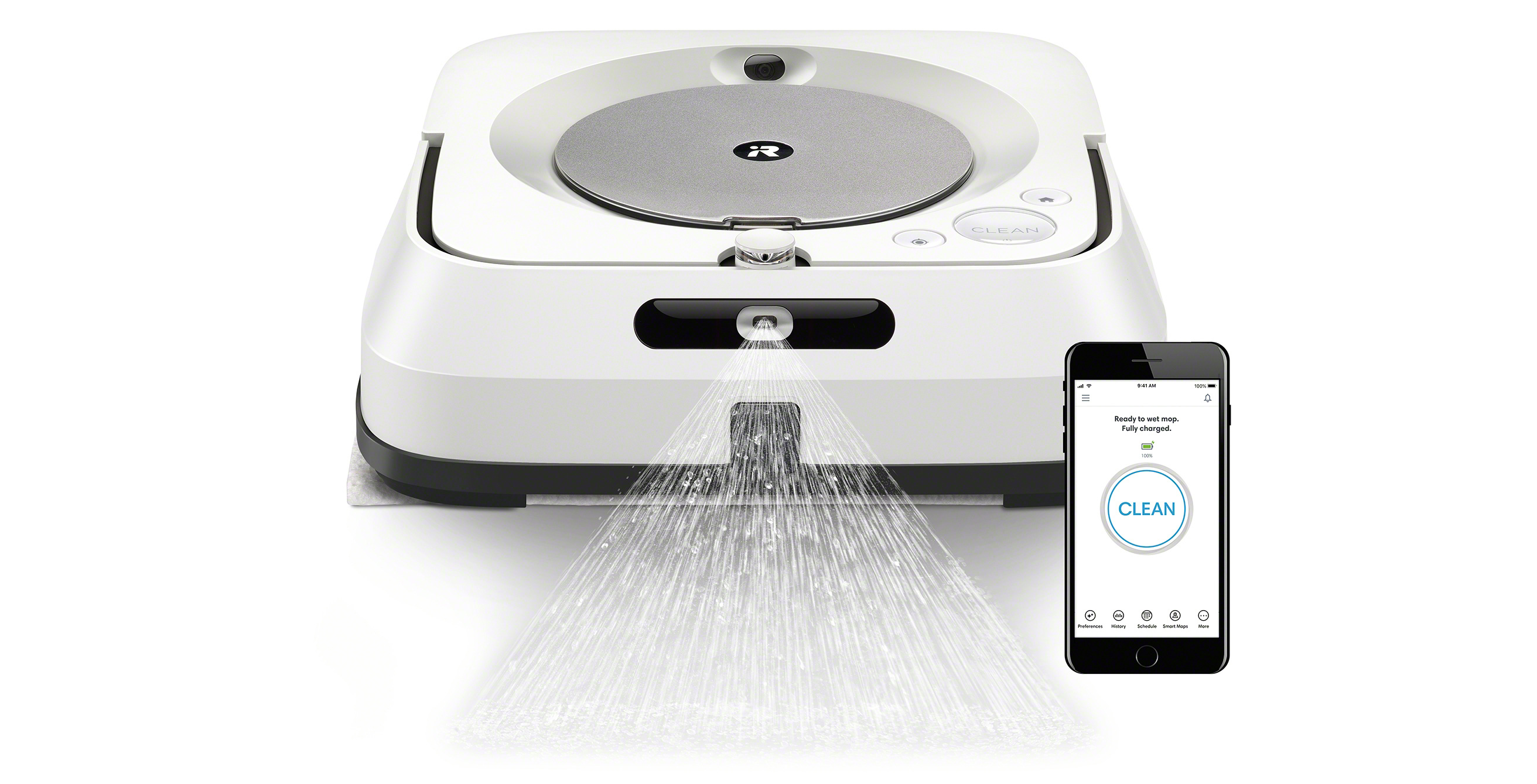 The Braava Jet m6, the other robot in this dynamic duo, is capable of both wet mopping and dry sweeping. The robot mop can also smart map your home to learn its floor plane, just like the i7+ and s9+. You’re then able to clean individual rooms through the iRobot app.

Given that I’ve been using the Roomba i7+ for the last few months and consider it the first robot vacuum worth the steep price tag, it will be interesting to see how the new S9+ and Braava Jet m6 stack up in comparison. While the joint vacuuming and mopping functionality sounds impressive, I question how well it will actually work, especially in small spaces like my tiny apartment.

The Braava Jet m6 robot is now available in Canada for $699 from irobot.ca. The robot mop is coming to select Canadian retailers on June 9th, 2019.