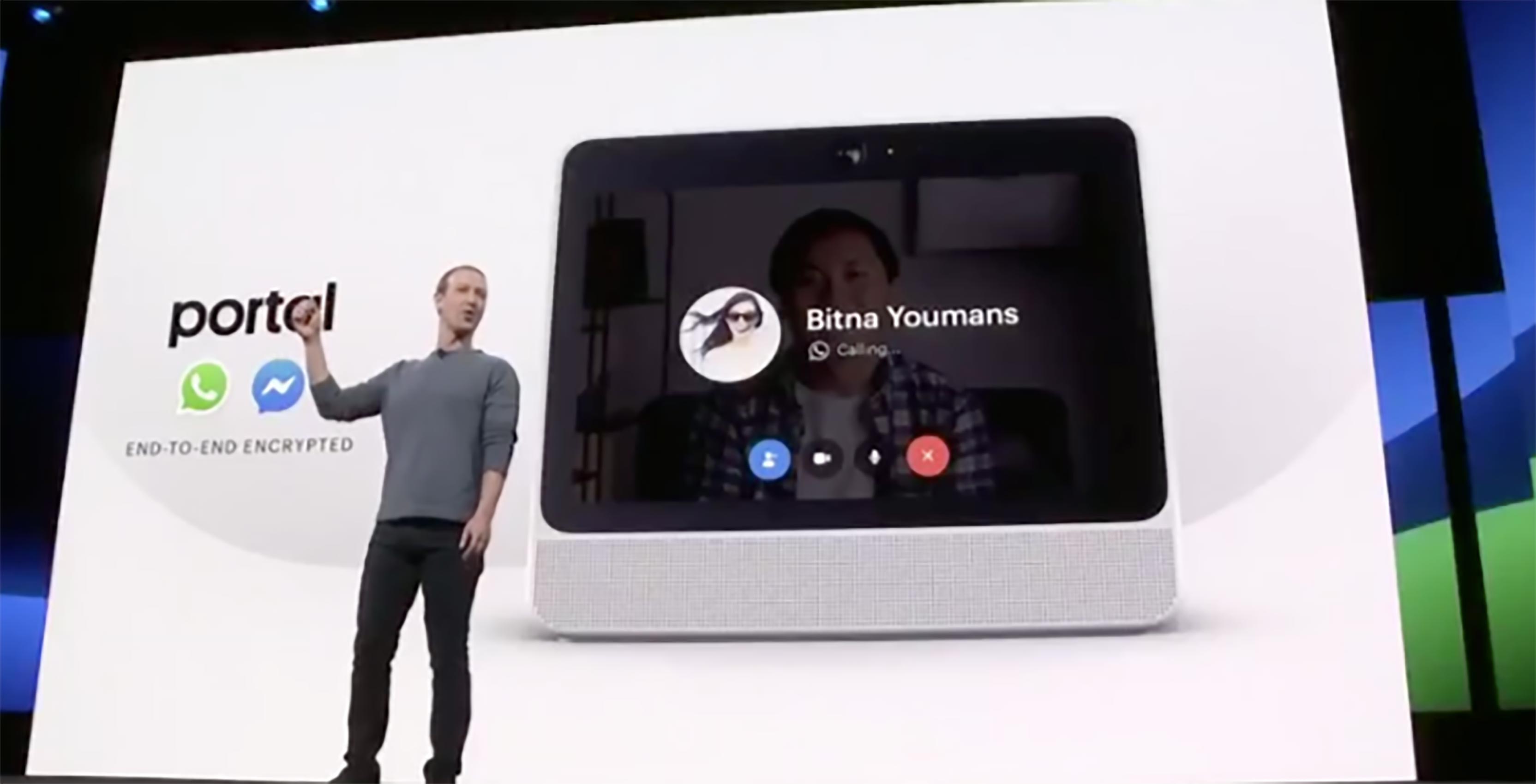 At Facebook’s F8 conference the social networking company announced that its Portal smart displays are coming to Canada in June.

The smart display includes a webcam, and one of its biggest features is letting people video chat easily without needing to hold a phone. It also includes a feature called ‘Smart Camera’ and ‘Smart Sound.’

Smart Camera and Sound uses technology to follow a user as they’re walking around the room so they can move freely and keep cooking or whatever they’re doing while still being able to interact with the person on the other end of the call.

Given Facebook is aiming to make a stronger push towards privacy, you can also cover the camera on its Portal devices.

Other announcements Facebook CEO Mark Zuckerberg made during the keynote include the fact that people will be able to use WhatsApp to make end-to-end encrypted calls with Portal devices.

The social network also shared in a press release that users can say things like “Hey Portal, Good Morning” to get updates on “birthdays, events and more.”

A smaller update is set to let users select photos from their Instagram feed to use as a live photo album when the Portal is in rest mode.

To learn more about the current features included in Facebook’s Portal devices check out MobileSyrup’s check out our previous coverage.