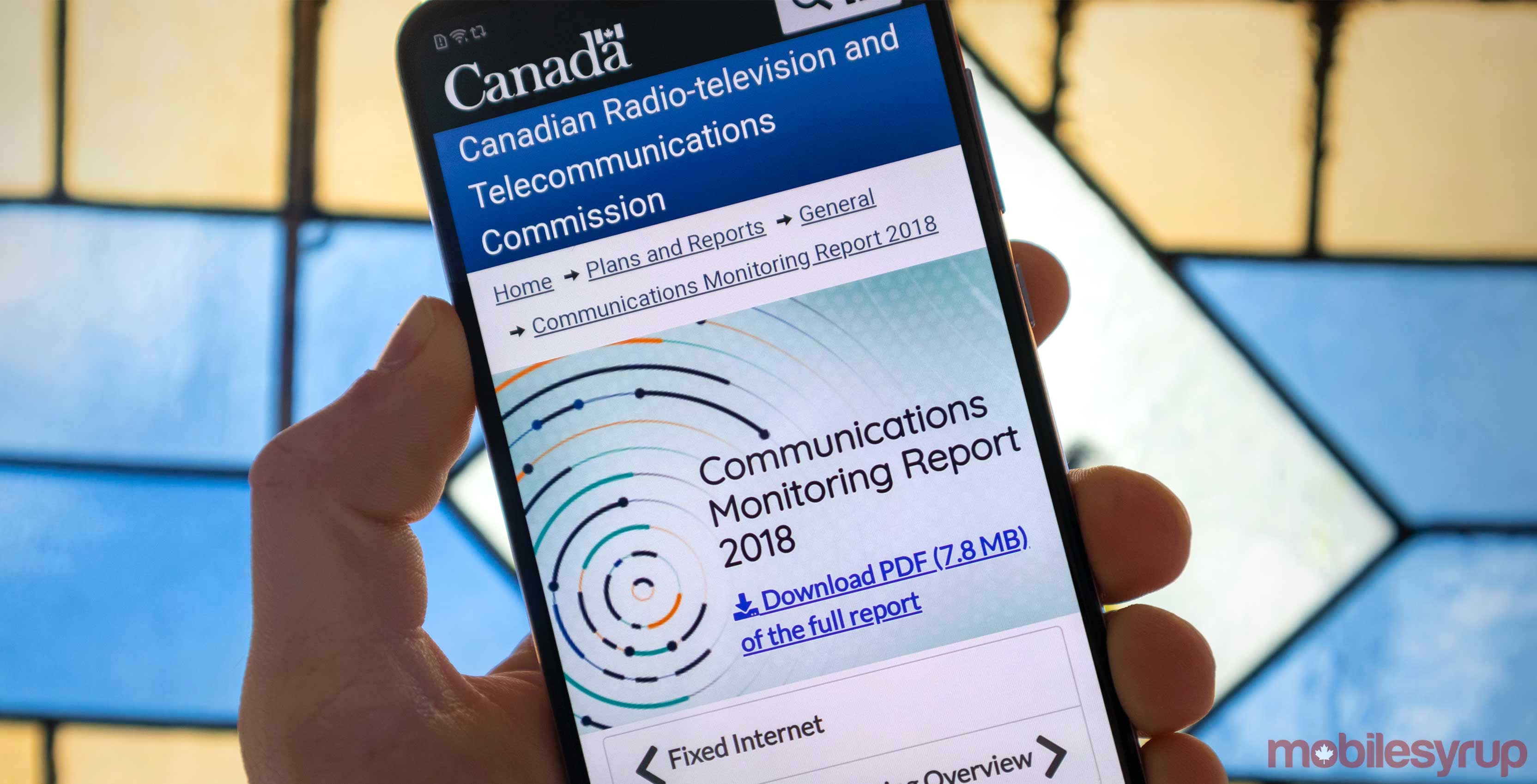 The Canadian Radio-television and Telecommunications Commission (CRTC) has released a new report that outlines Canadian trends in internet, TV and telecommunications. The report shows that while internet-based TV (IPTV) services are growing, the majority of Canadians are still using traditional TV and radio services.

Right off the top, the CRTC notes that Canadian broadcasting industry revenue dropped by 3.3 percent year-over-year. However, at the bottom of the report, the commission writes: “Even though Internet-based services are becoming more popular, a great majority of Canadians continue to use traditional TV and radio services. More specifically, in 2017, on average 94 percent of Canadians watched traditional television and 88 percent listened to radio in any given month.”

In contrast, in 2017 only 63 percent of Canadians used modern internet TV services like Netflix, according to the CRTC’s research.

The report compiles data from phone interviews conducted by the Media Technology Monitor, as well as data from analytics firm Ovum.

The CRTC details the methodology it used to compile the report here. 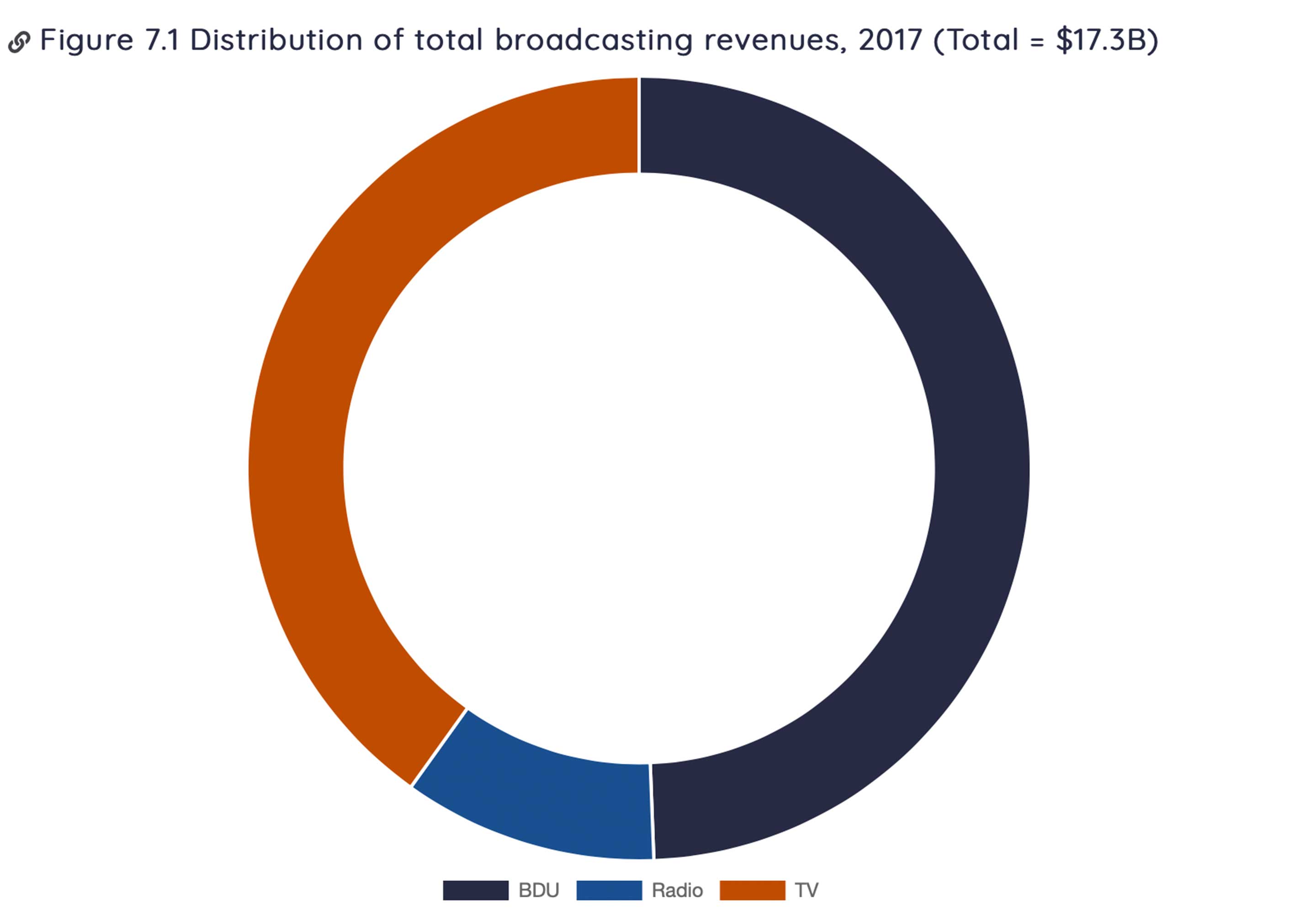 Although total revenue growth declined, the sector still managed to make $17.3 billion CAD, and of that, the industry contributed $3.4 billion toward Canadian content. The report notes that $2.9 billion came from the television sector, with BDUs chipping in $412 million and radio making $43 million. 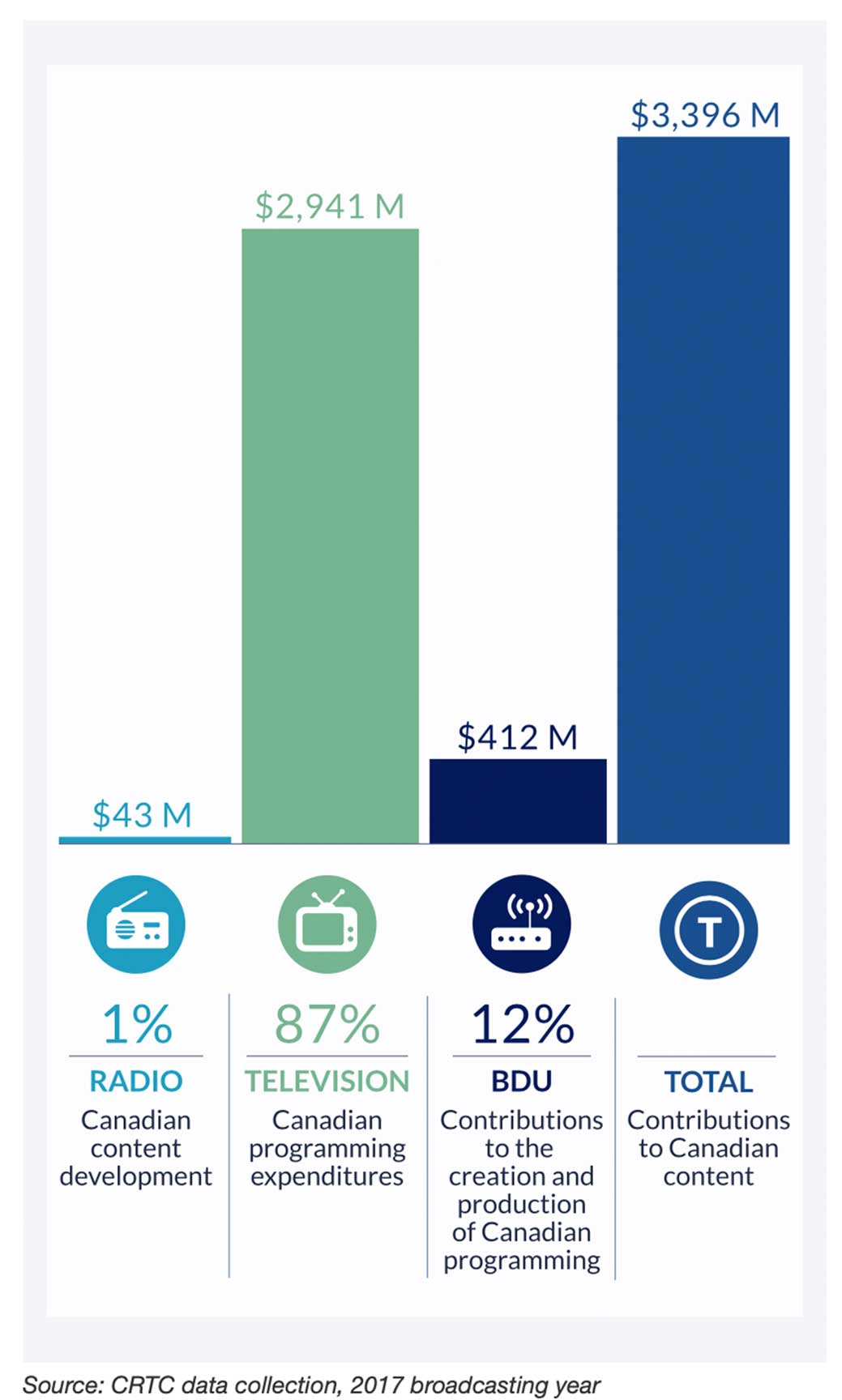 In addition, even though the overall industry declined, both IPTV services and CBC radio grew during 2017. IPTV revenues increased by 10.3 percent, while CBC radio was able to grow by 1.6 percent.

IPTV services even brought in as much revenue as satellite providers in 2017 with around $2 billion.

At the end of the report, the CRTC shares that internet-based video and audio services like Netflix, Spotify and Amazon Prime Video made $2.7 billion in revenue in Canada during 2017. 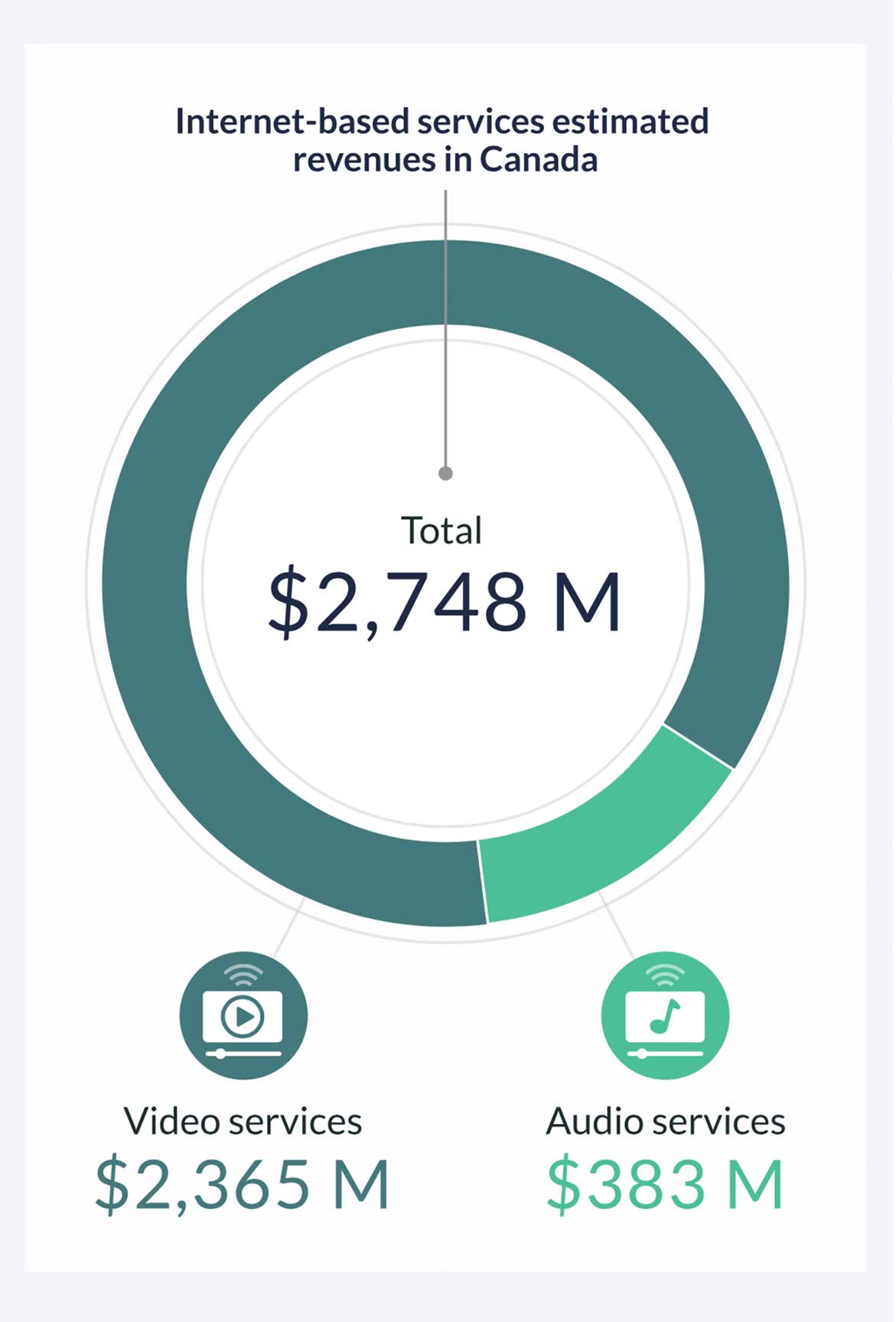 Video services made the most with a reported $2.3 billion, while audio services only brought in around $383 million. This is notable since these services brought in more revenue than Canadian radio.

The report says that $109 million of the audio revenue came from downloads, while the remaining $274 million came from streaming services.

On the internet-based TV and movies side, $1.3 billion came from streaming service subscriptions and another $451 million came from people buying and renting media on services like iTunes or Google Play Movies and TV.