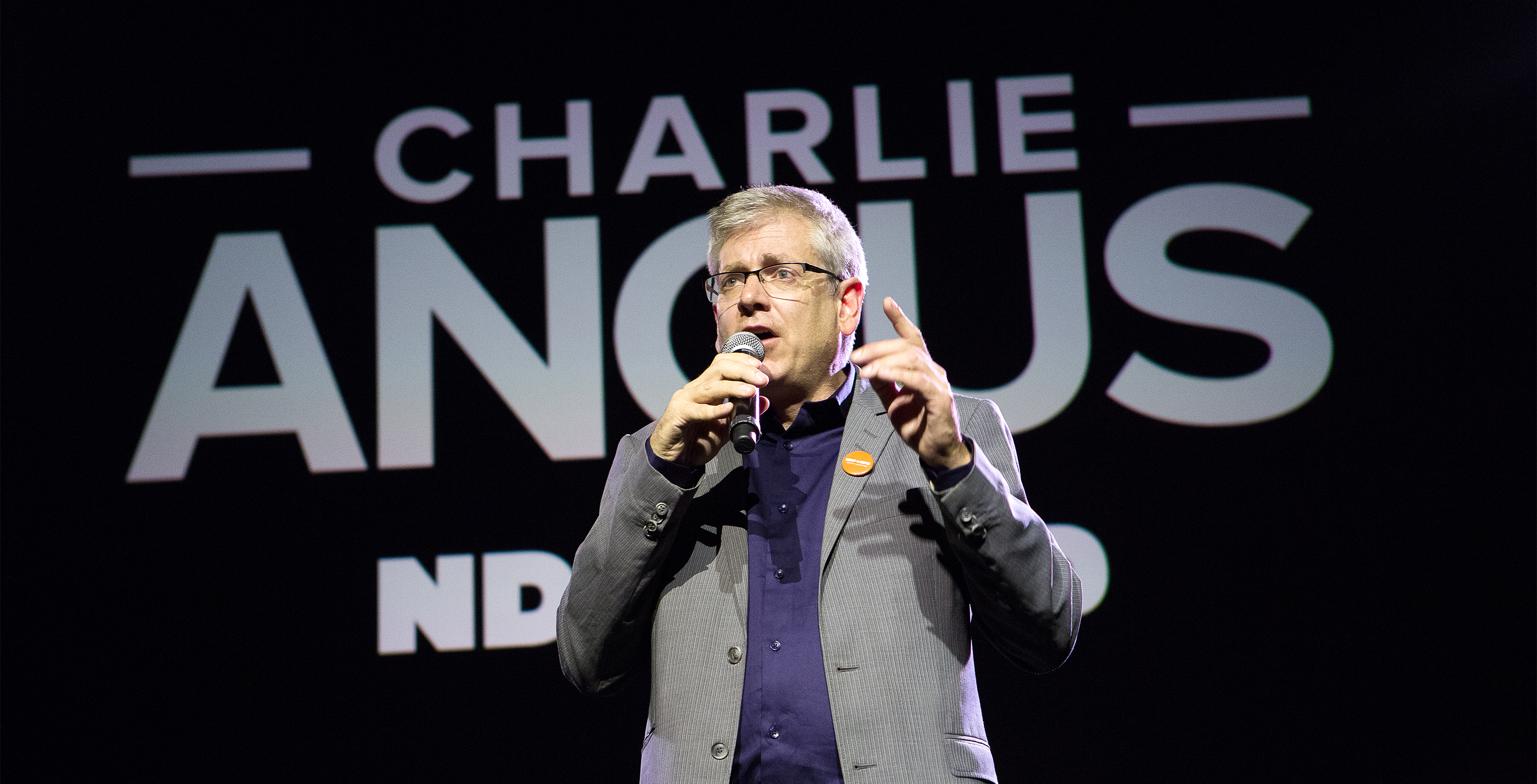 In a January 11th, 2019 letter to Infrastructure Minister François-Philippe Champagne, Angus addresses Ontario’s auditor general’s report which had concerns that the project coordinators and organizers didn’t consult anyone from different levels of the government and instead quietly discussed the project with senior political staff.

“Having a project of this scale pushed through by political staff behind the scenes would be wildly inappropriate,” Angus wrote.

“Your government needs to be clear about exactly how this deal was arrived at, particularly the role of several ministerial staffers who has gone on to work directly for Sidewalk Labs.”

Charlie Angus Letter by on Scribd

Earlier this year, The Globe and Mail reported that John Broadhead joined Google’s sister company Sidewalk Labs. Broadhead was the chief of staff to former Infrastructure Minister Amarjeet Sohi. Before leaving the government in 2018, he worked for then-Indigenous Services Minister Jane Philpott.

It’s important also to note that Broadhead co-wrote a 2015 paper for left-leaning think-tank Canada 2020 suggesting an infrastructure plan for the country. He also was a key writer of infrastructure provisions during the Liberal campaign platform in 2015.

The Alphabet-owned Google affiliate began working with Waterfront Toronto after it was solidified in October 2017. The Waterfront Toronto board of directors later approved a Plan Development Agreement (PDA) with Sidewalk Labs in July 2018.

As a result of the 58-page PDA, Sidewalk Labs said that it would invest approximately $40 million USD (roughly $52.87 million CAD) to develop the Master Innovation and Development Plan (MIDP).

In Ontario’s auditor general’s report, Bonnie Lysyk said Sidewalk Labs was given preferential treatment and warns Waterfront Toronto to take a step back on its partnership with the company.

Lysyk made it clear that it was important that all levels of government were involved in the process to develop this project.

A spokesperson from Sidewalk Labs said to MobileSyrup when the report came out that the company was “committed to working with all three levels of government to be responsive to any issues of concern.”

“We have consulted with over 14,000 Torontonians over the last year, and a plan is coming into focus that would create more than 9,000 jobs from construction alone — and many more than that from the economic activity the project will generate — along with large amounts of affordable housing and innovation that will meaningfully improve quality of life for Torontonians,” said the spokesperson.

Angus noted that the lack of transparency surrounding the size of the project is “worrying.”

The suggested plan is to construct the smart city within a 12-acre plot of land on Waterfront in downtown Toronto.

But Angus said that images of what the site looks like make it seem as if designated project would take over the entire of Waterfront Toronto.

“I find it hard to believe that your government would be so vague as to the actual size of the project being offered to Google. If your government is indeed willing to cut a deal for the entire waterfront area, you need to explain why this is in the public interest,” Angus wrote.

Privacy concerns around the project have also been a highly contentious topic, which Sidewalk Labs has yet to detail to the public.

In the past, Sidewalk labs said it plans to collect user data but have not explained in detail who would collect the data and own it, as well as how much data will be collected.

The company has noted that it would collect data from sensors while residents are in the community, and that could come from traffic signals or garbage bins.

In October 2018, Canada’s former privacy commissioner Ann Cavoukian resigned from Sidewalk Labs and said the privacy framework that she developed was being overlooked.

“For a project that claims to be committed to the principle of privacy by design, driving away the very person who articulated that concept in Canada is fairly stunning,” Angus wrote.

Angus, who is also the co-chair of the House of Commons Standing Committee on Access to Information, Privacy and Ethics, also noted that the Liberal government doesn’t make a clear distinction between Google and Sidewalk Labs, especially when it comes to the company lobbying.

“Sidewalk Labs has been actively lobbying the three levels of government while downplaying its connections to its sister company Google and parent company Alphabet. But I note that in the internal meetings with government officials, little distinction is being made between Google, Alphabet or Sidewalk Labs. Your officials see them as interchangeable,” he wrote.

“This ‘all hands on deck’ approach to stickhandle the growing criticism speaks to the fundamental problem — you are focused on helping Google, and not taking the time to alleviate the growing concerns of the public,” Angus wrote.

He said that the deal seems to look more like a “plan cooked up with American lobbyists to benefit Google,” adding that Champagne’s failed in his leadership to alleviate growing concerns towards the project.

“I urge you, to push the pause button and show respect for the legitimate and growing concerns of Toronto citizens, innovators, designers and privacy experts who have tried, without success, to be part of the planning of a truly smart city project,” he said.