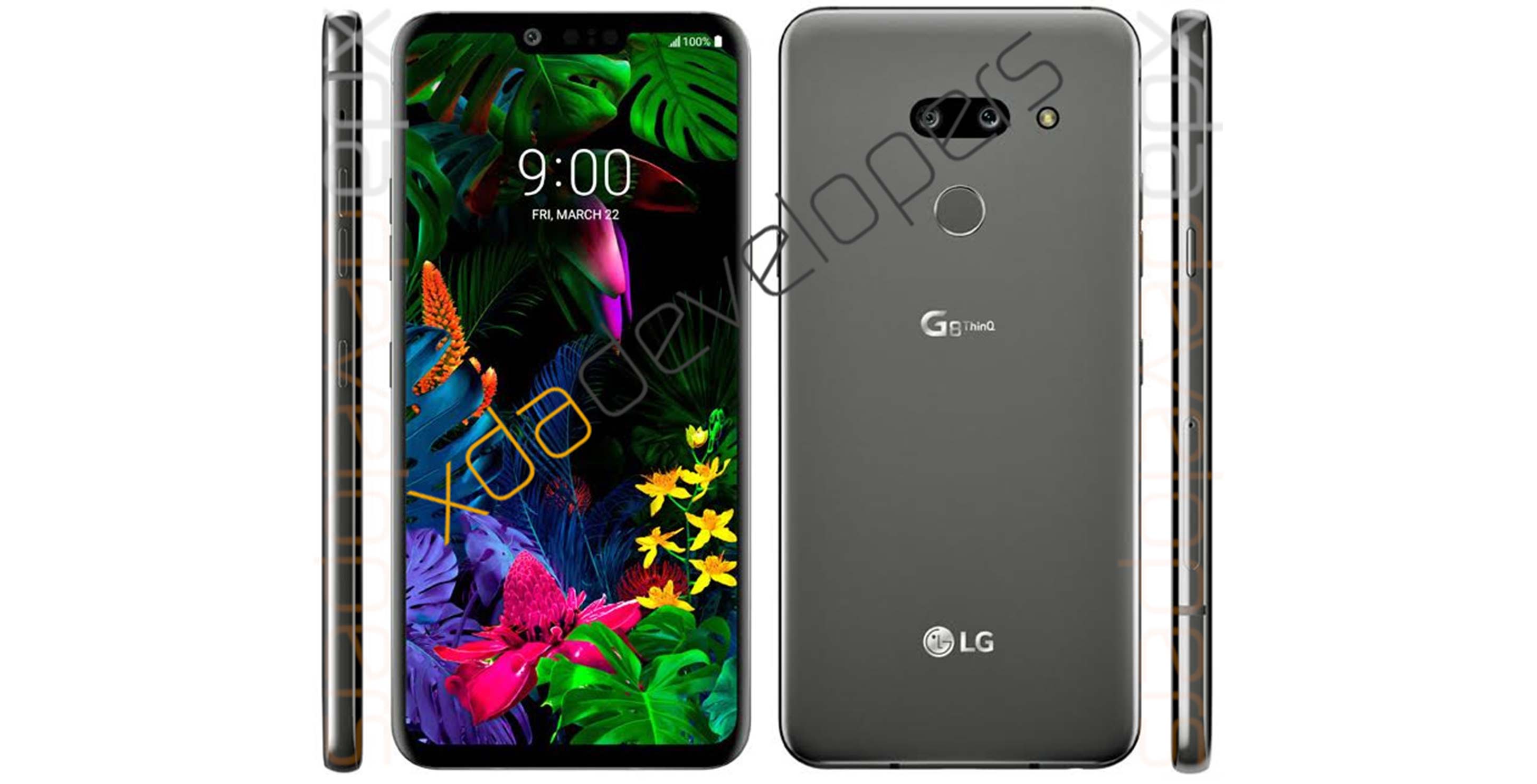 While other smartphone manufacturers look into punch-hole displays, pop-up cameras and in-display fingerprint scanners, it looks like LG’s next G-series smartphone won’t be too out of the ordinary.

XDA Developers has leaked press renders of the LG G8 ThinQ. The device will reportedly feature a horizontal dual rear camera setup and an iPhone X-style notch. Within the notch, the LG G8 ThinQ might sport hardware sensors to provide even better face security than the LG V40 ThinQ.

The handset will also feature a Google Assistant key with a volume rocker on the right.

LG recently teased a device with touchless gestures. It’s unclear if the G8 ThinQ will be the handset with said feature. Rumours suggest that LG might release more than one handset at its Mobile World Congress event on February 24th. The touchless gesture smartphone might be a different device from the G8 ThinQ. Additionally, leaks indicate LG will release a smartphone that features a secondary display attachment.

All rumours, leaks and press renders should be taken with a grain of salt until the company officially unveils the device at MWC.