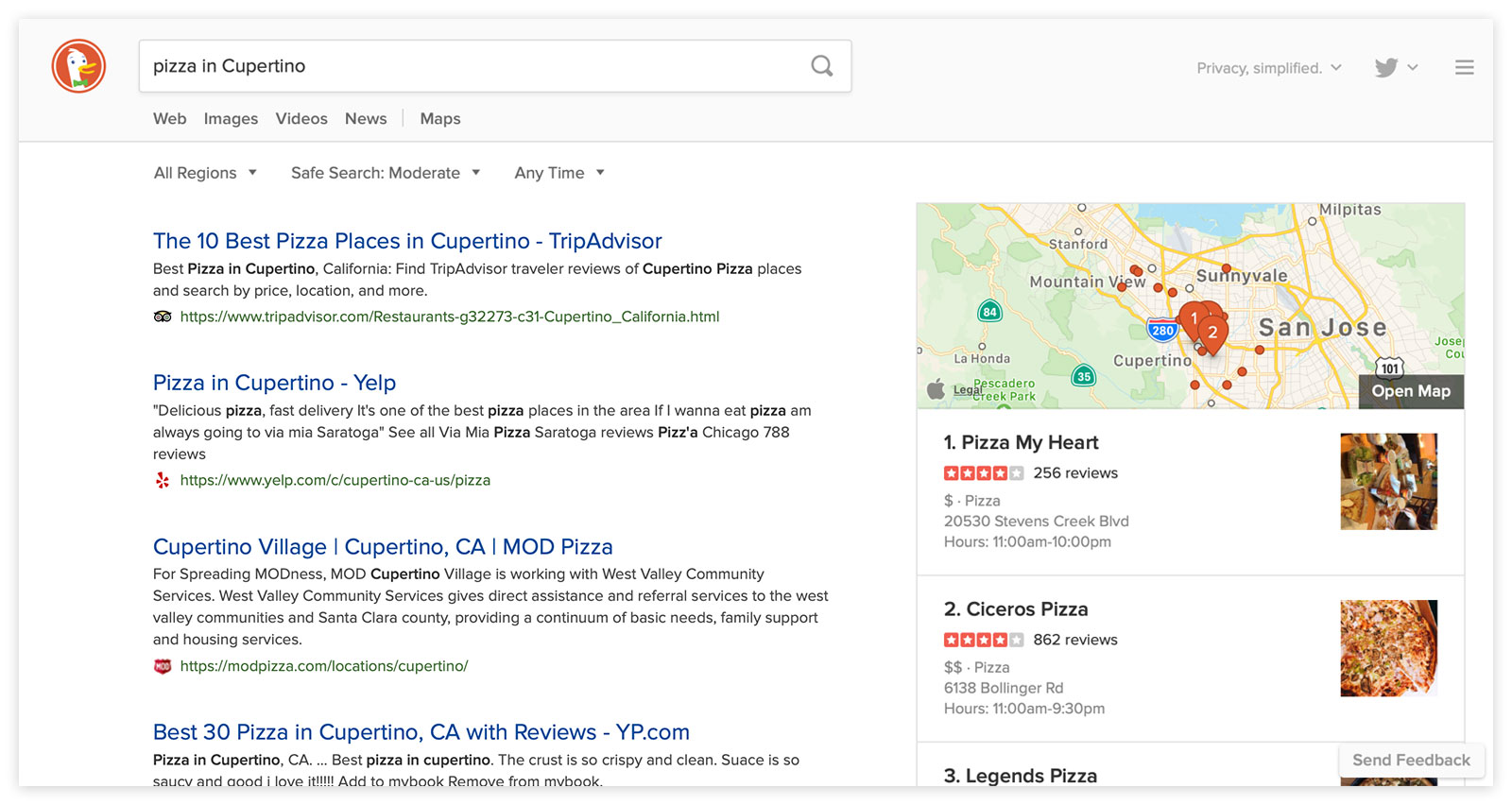 The search engine, which prides itself on privacy and states that it doesn’t track users, says that it is now utilizing data provided by Apple Maps for map-related search results across mobile and desktop.

DuckDuckGo previously used open source service OpenStreetMap for its location-related map data, though the feature never hit the scale of what Google and Microsoft-owned Bing offer.

Thanks to its partnership with Apple, DuckDuckGo will now display search results related to addresses, businesses, landmarks, places nearby, and other locations via Apple Maps’ data. As a result, DuckDuckGo is now one of the biggest platforms to utilize Apple’s MapKit JS framework, a third-party development tool the tech giant announced last year.

“We’re excited to work closely with Apple to set a new standard of trust online, and we hope you’ll enjoy this update,” writes DuckDuckGo in a recent blog post.

Given Apple’s continued emphasis on user privacy, forging a partnership with DuckDuckGo makes sense. Google, on the other hand, tracks everything users do, particularly through its Maps app. DuckDuckGo says that it processed 30 million daily searches in 2018, an increase of more than 50 percent year-over-year.

As it stands right now, Apple Maps’ integration with DuckDuckGo is a little glitchy on desktop and iOS. For example, while locations are visible, the actual map graphic isn’t.

Following Apple Maps’ initial release back in 2012, Apple announced that the app would replace Google Maps as the iPhone and iPad’s default mapping app with the release of iOS 6.

Apple Maps was subsequently heavily criticized for various glitches and for not being as accurate as Google Maps, resulting in Tim Cook issuing a rare public apology. Apple even eventually switched back to Google Maps being iOS’ default map app.