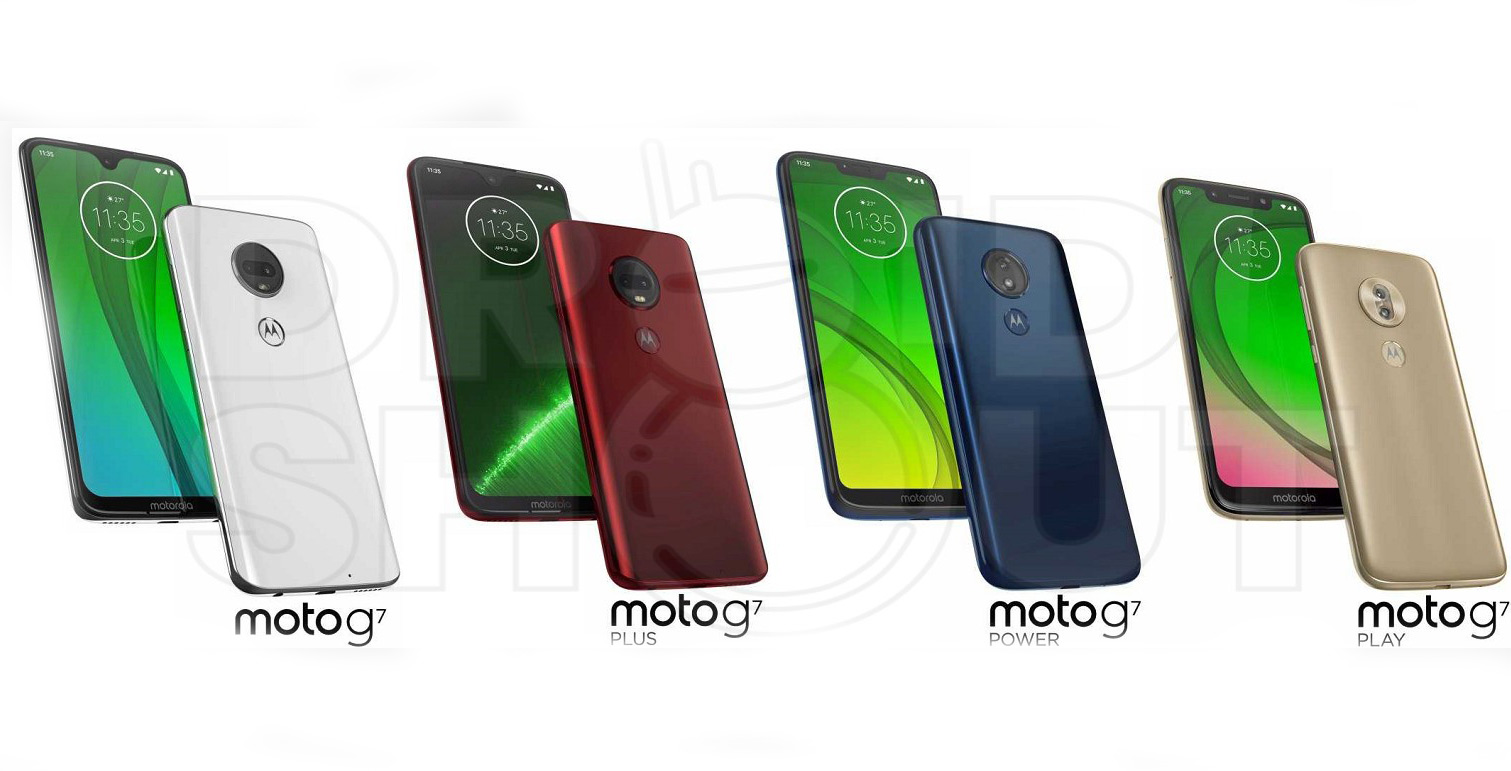 The four variants that make up the lineup will reportedly all feature some sort of notch, according to Droid Shout, which leaked the handsets. The G7 and G7 Plus are expected to feature an Essential Phone-like waterdrop notch, while the G7 Play and G7 Power are expected to sport an iPhone X-style notch.

While the G7 Play and G7 Power appear to include a single main camera, the G7 and G7 Plus appear to feature dual rear-facing camera setups.

In addition, all four handsets appear to include a single front-facing camera with LED flash module, as well as a rear-facing fingerprint sensor that features Motorola’s iconic bat wings logo.

In Canada, it’s likely we’ll only see the G7 and G7 Play make their way here. According to Droid Shout, Lenovo will reveal the G7 series in April, just like it did the G6 lineup in 2018.