'Softwear,' get it? Haha 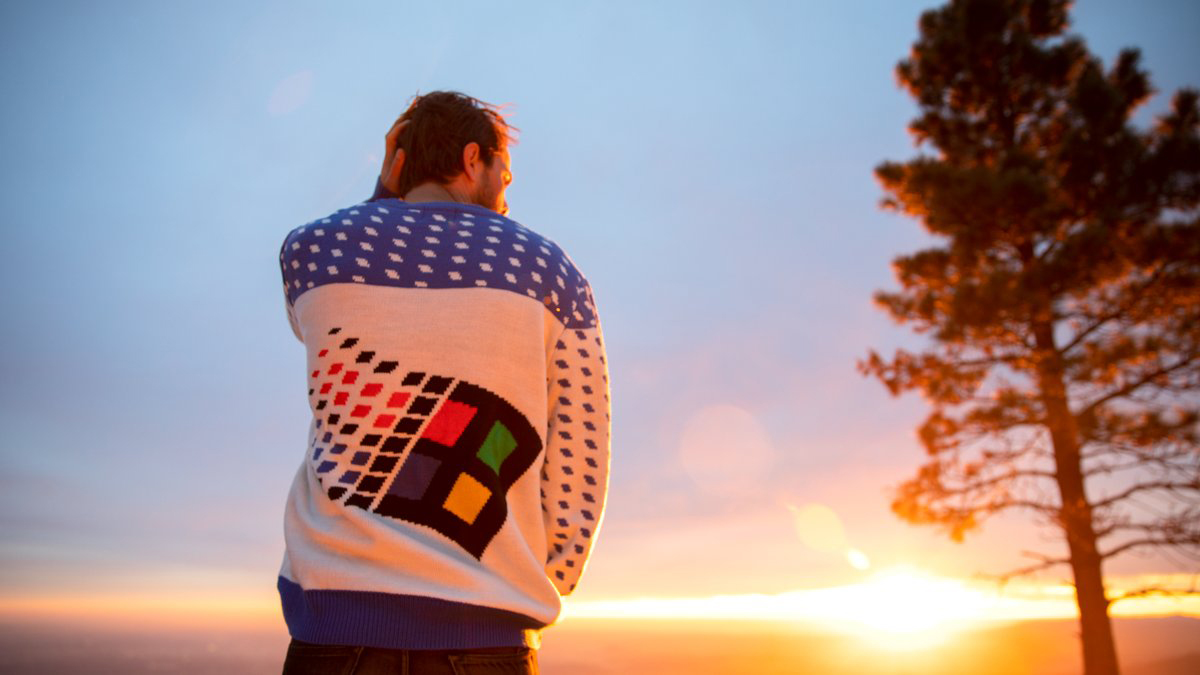 Before you scroll down the comments section to ask — yes it is a relatively slow news day.

In a clever move, it looks like Microsoft wants in on the overplayed, yet still somehow entertaining ugly holiday sweater action. The official Windows twitter account — which is unsurprisingly @Windows –recently tweeted out what the company refers to as a ‘#WindowsUglySweater.’

Introducing the latest #Windows95 custom “softwear.”? Wish you could rock the #WindowsUglySweater? ? your DMs, because we’re giving a few lucky fans one of their very own. pic.twitter.com/84kQLtYsF2

The stunning article of clothing features the classic floating Windows logo, which amusing looks like it was pulled right from the undeniable best version of Microsoft’s operating system, Windows 3.1.

Unfortunately for all the Windows fans out there hoping to wear this garment to their office holiday party, that likely won’t be an option. Microsoft says only “a few lucky fans” will get there hands on the sweater.

Given the response to this undeniably hip piece of streetwear though, I can see the tech giant opting to sell it at some point in a limited run.

May the odds be ever in your favour.