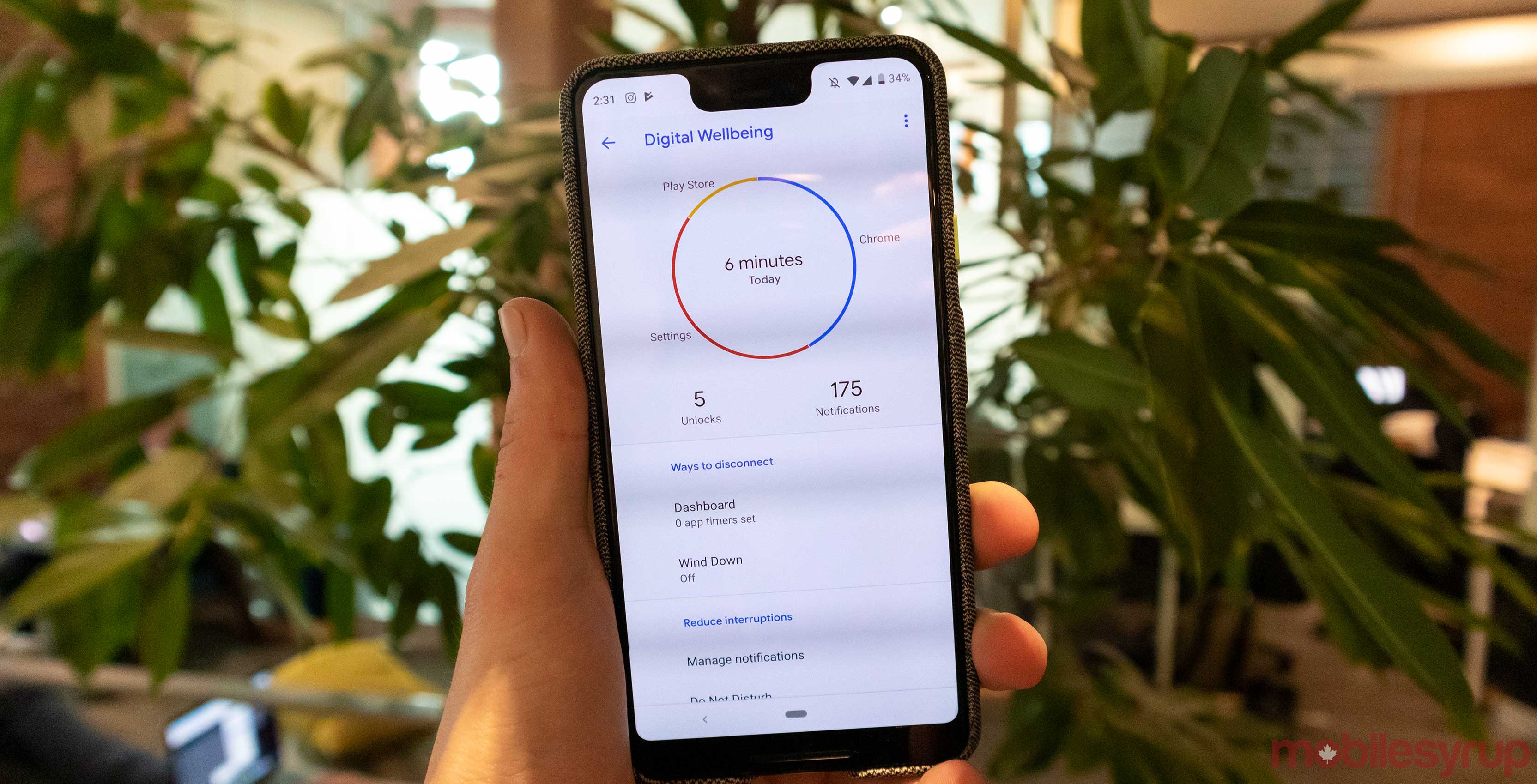 The search giant announced its Digital Wellbeing device usage tracker back at Google I/O in May, but since then the feature has only been available on Pixel 3 smartphones.

Now, the full 1.0 version of the app is out for every Pixel smartphone, as well as Canada’s only Android one device, the LG G7 One.

If you have a qualifying phone, then you should be able to download the app from the Play Store.

To learn more about the feature, check out MobileSyrup’s introductory guide to Digital Wellbeing.

While it is helpful to have all of your phone usage statistics in one location, there are built-in usage tracking features in apps like Instagram and Facebook on iOS, YouTube and even Google Home devices.