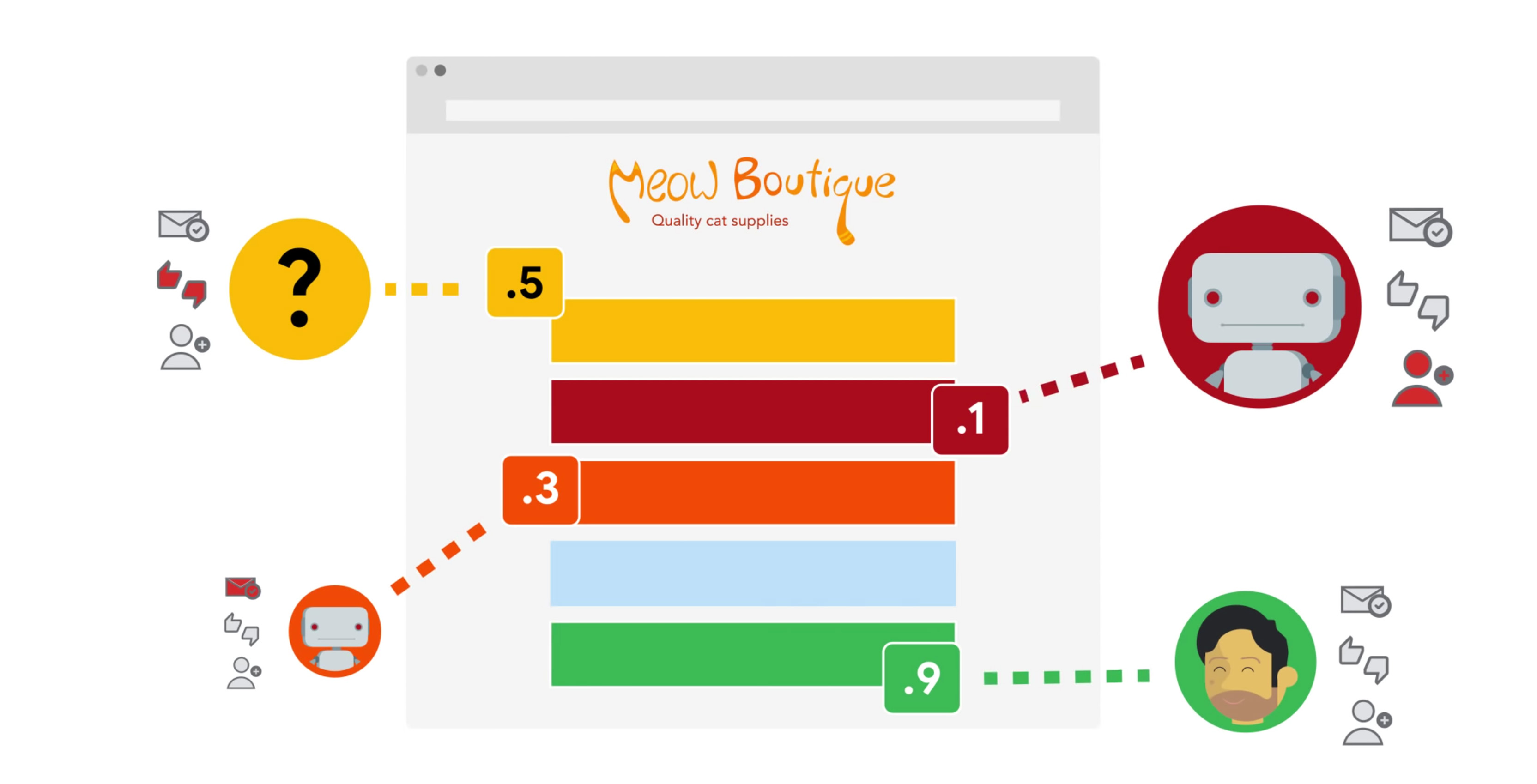 Google’s reCAPTCHA v3 is now out of beta, and there’s plenty to be excited about in the new system.

For one, users will notice nothing on websites implementing the new reCAPTCHA.

That’s because version three does away with all user-interaction requirements. Similar to how reCAPTCHA v2 ditched reading and inputting text for a simple checked box, v3 ditches the checked box for nothing.

Instead, reCAPTCHA v3 runs in the background of websites, tracking things like mouse movements and page interactions to determine if you’re an innocent human or a bad bot.

Further, version three gives web developers access to a new ‘Actions’ tool they can add to their website. It runs risk analysis on visitors and provides overview data to help determine which pages are often targetted by bots. It also assigns a risk score to visitors.

Google recommends that you add the ‘Action’ tag to multiple pages for peak performance.

Version three gives developers more control over how they use the information as well. For example, developers can set a target risk score and reCAPTCHA will block or ask for further verification from users who don’t meet the requirements.

Additionally, developers can combine the score with their own site metrics like user profiles.

Finally, developers can use the reCAPTCHA v3 scores to train their machine learning modules to help fight abuse.

In other words, reCAPTCHA v3 should improve with time as it adapts to your website.

Overall, it looks like an excellent upgrade to the system, making it less intrusive and bothersome for real humans while more effectively tackling bots.

If you want to learn more about how reCAPTCHA v3 works, check out Google’s blog post or its developer site for all the nitty-gritty.