Yet another handheld Apple product without a home button 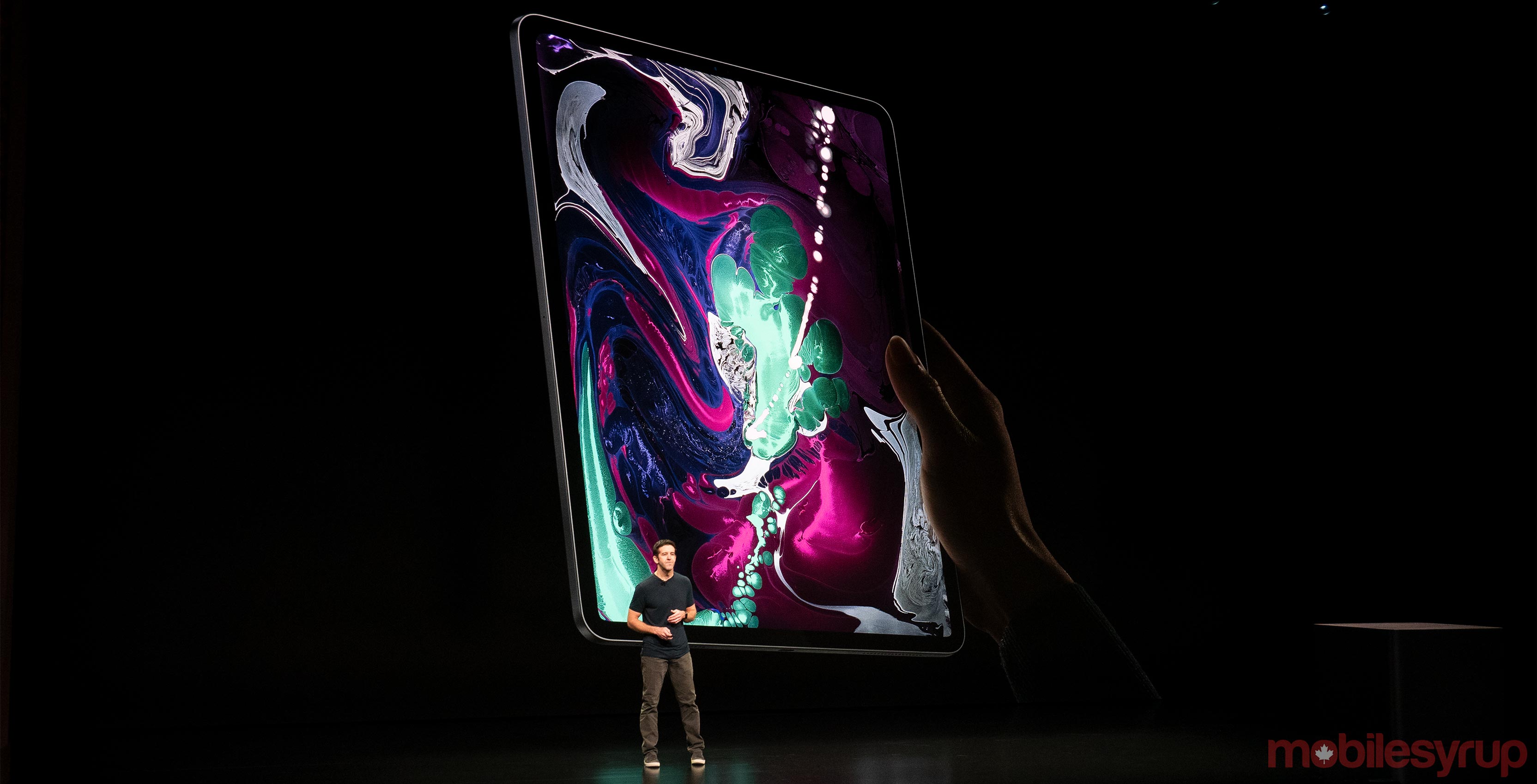 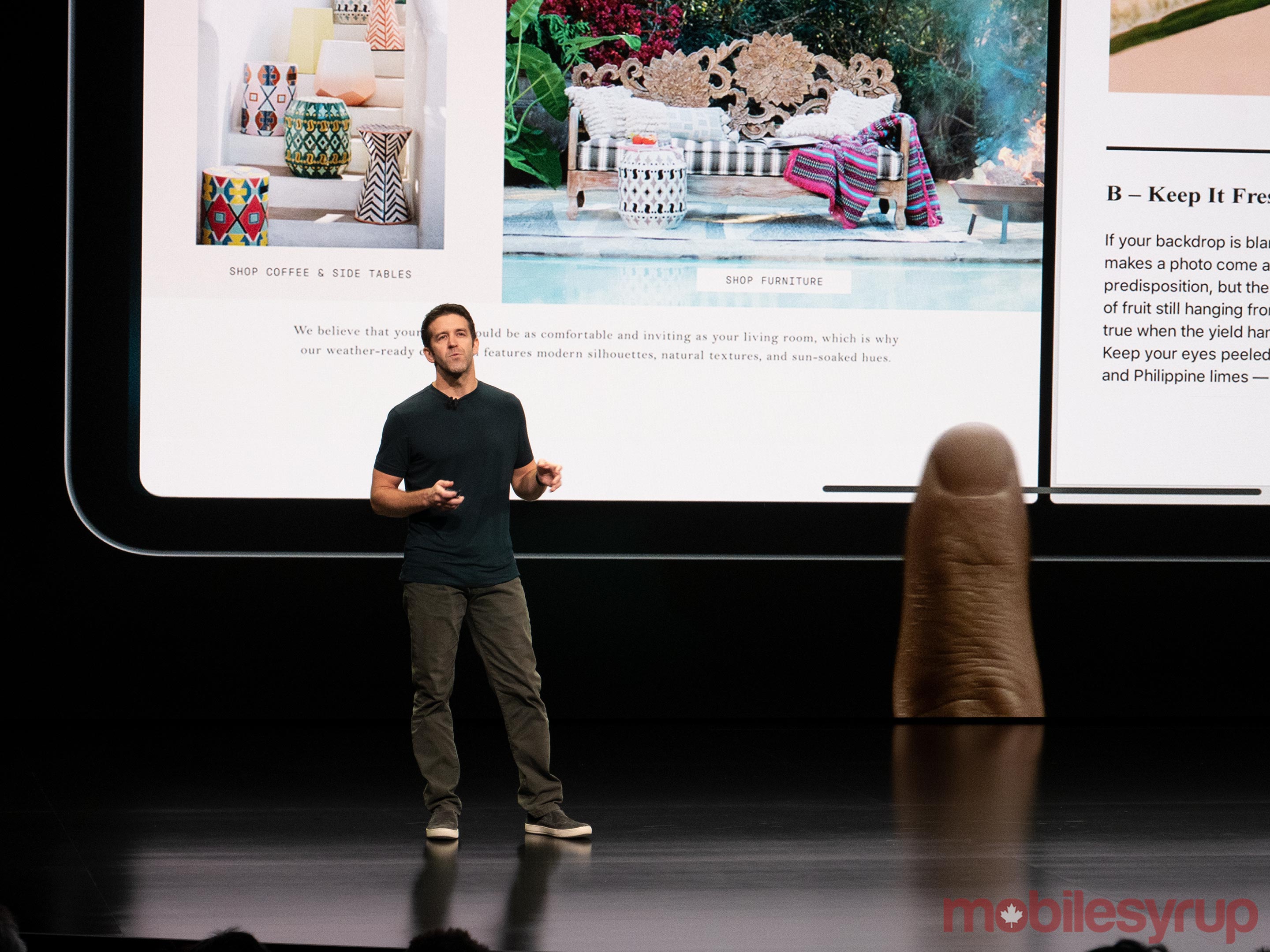 The new iPad Pro adds the company’s Face ID technology — without including a display cutout. Unlike the iPhone, however, it’s possible to use the iPad Pro’s Face ID authentication in either portrait or landscape orientation.

As a result, however, the new iPad Pros no longer include a Home button. The new tablets instead make use of Apple’s gesture navigation system, which the company introduced with the iPhone X. 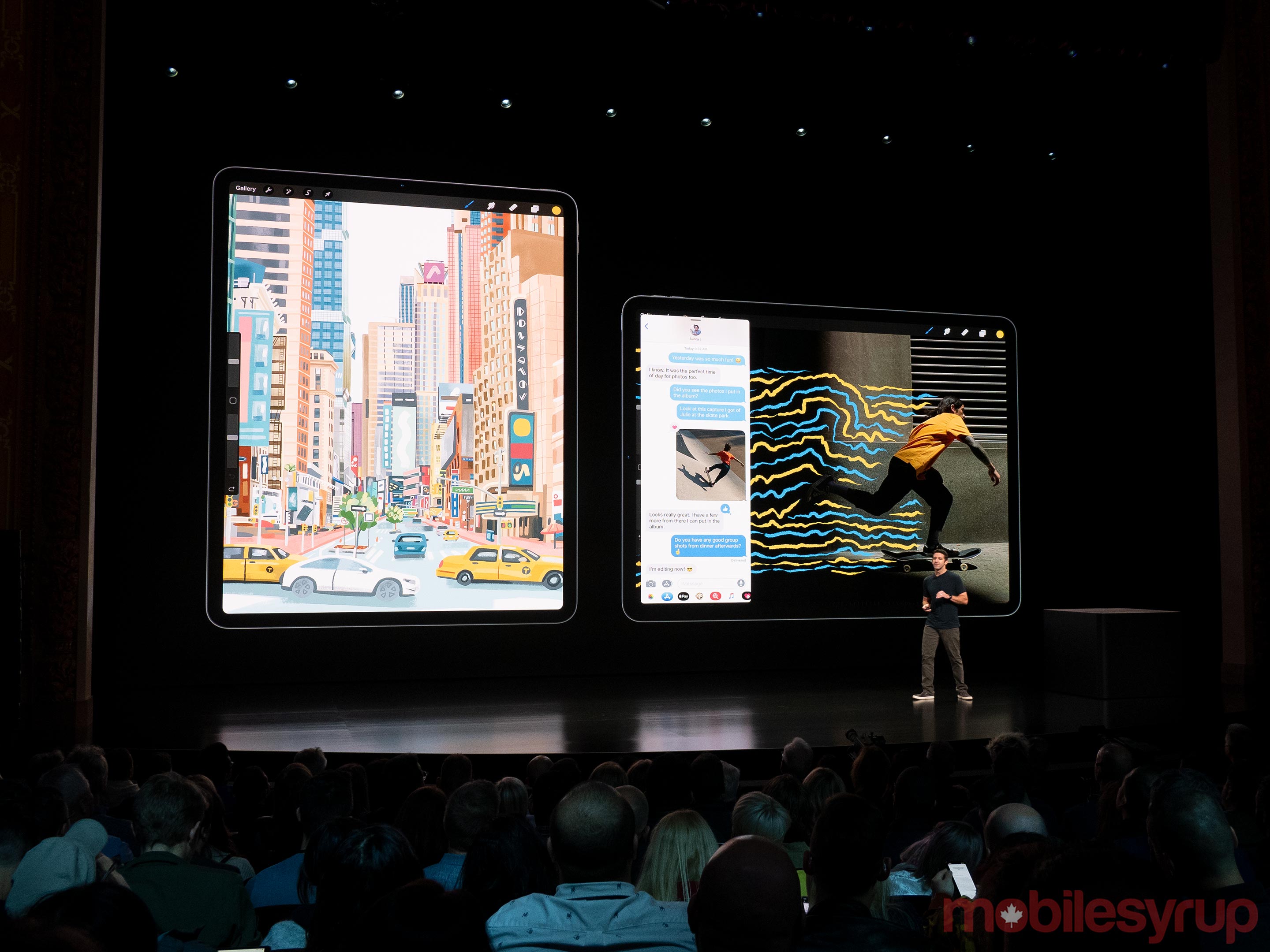 Powering the 2018 iPad Pros is Apple’s new A12X Bionic chipset. Like the A12, the A12X is built on a 7-nanometer process. The chipset features an octa-core processor. According to the company, the new A12X is approximately 90 percent faster in multi-core performance.

In addition, the 12X features a seven-core GPU. The company claims the new GPU is 1000 times faster than the previous generation iPad Pro, and is more powerful than a console like the Xbox One S.

The new iPad Pros also feature USB-C, instead of the company’s proprietary Lightning port. This allows the iPad Pro to power a 5K display. The new tablets can also charge other devices, including the company’s lineup of iPhone smartphones. 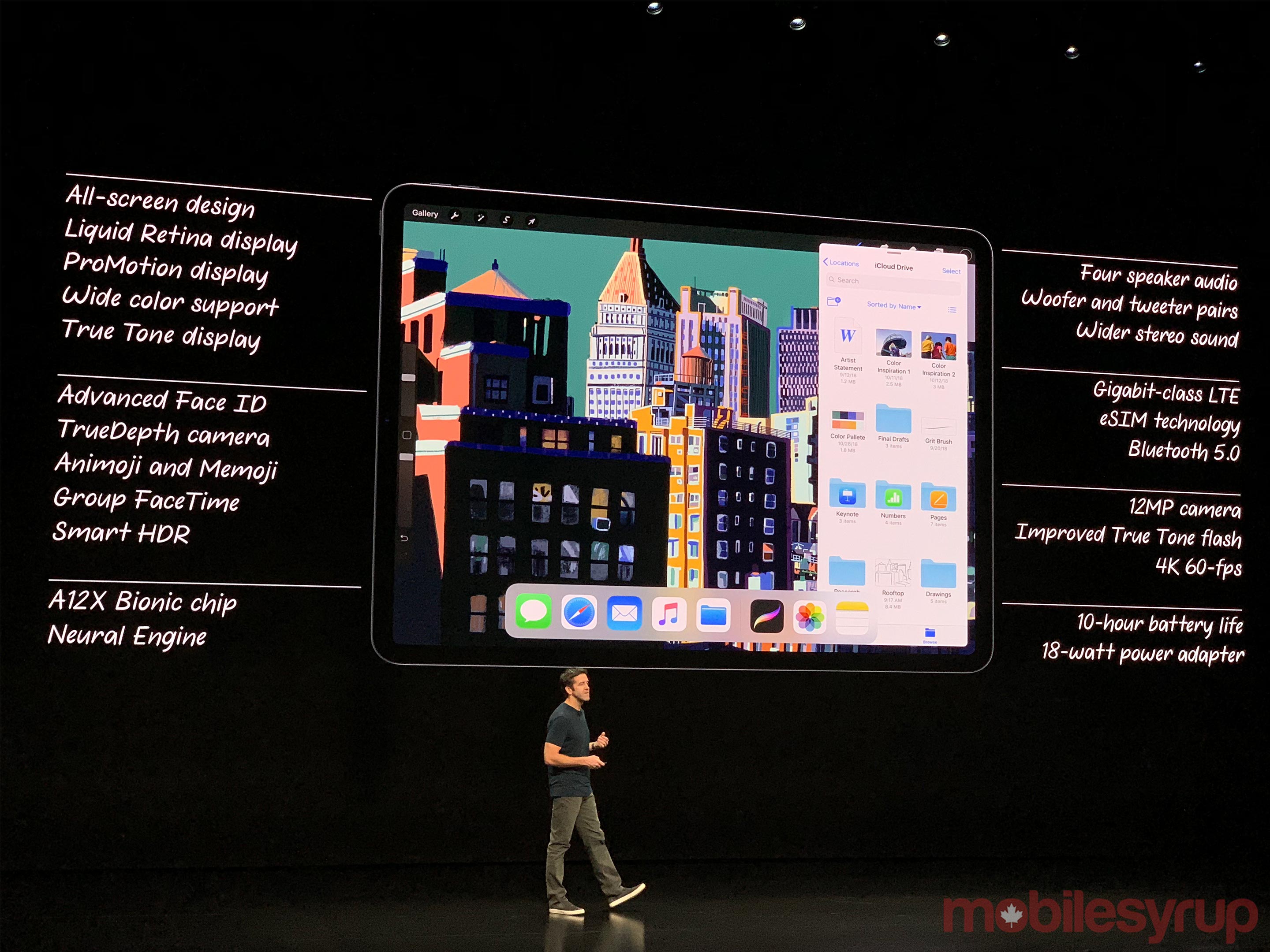 Detaching the Apple Pencil from the iPad Pro automatically wakes the tablet from sleep. The Apple Pencil includes a new double tap gesture that changes function depending on the app.

In addition, Apple is releasing a new folio keyboard to go alongside its new tablets. The keyboard can be placed in two different display positions. 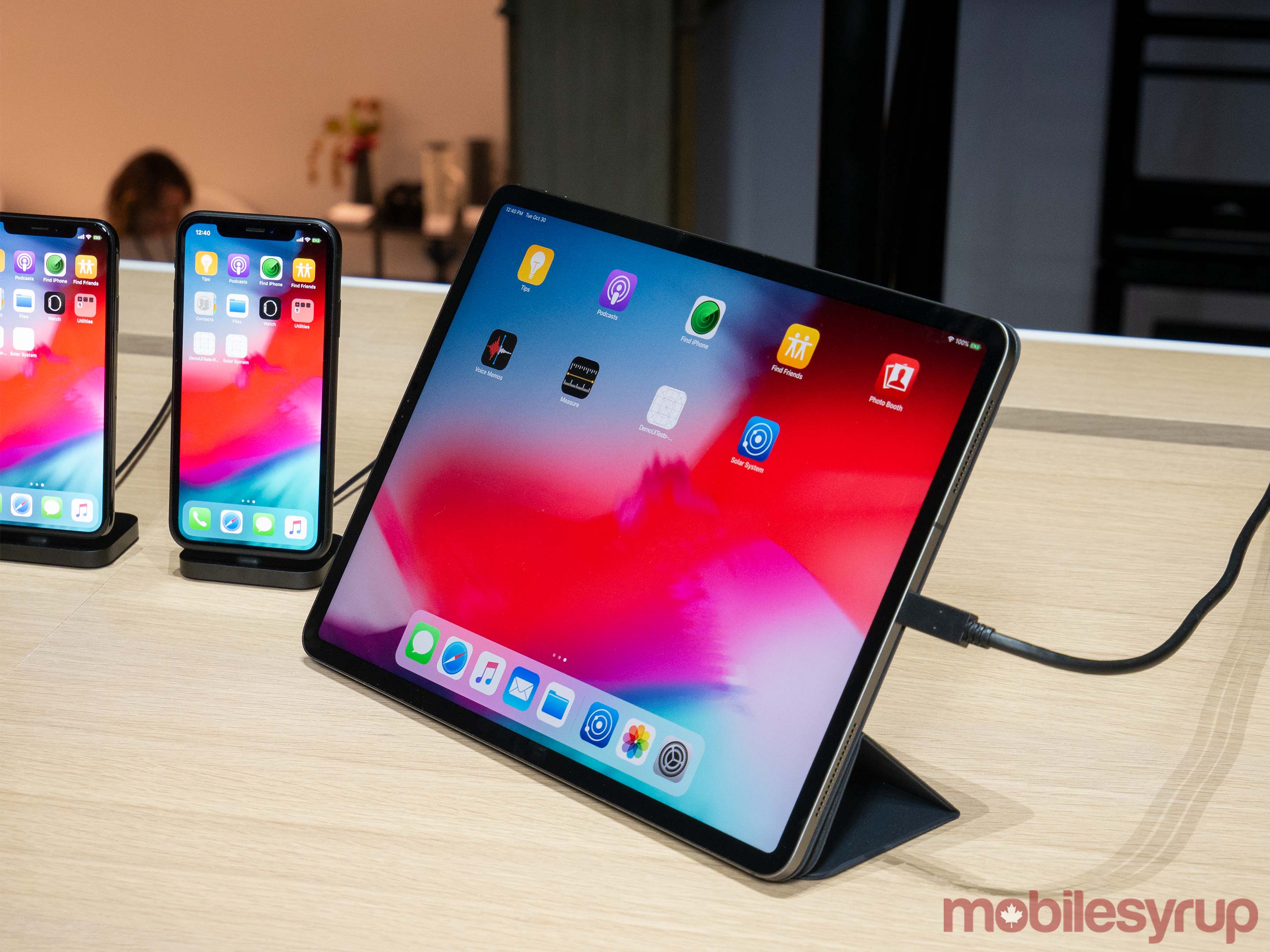 Other features include four-speaker audio, support for Gigabit LTE and Bluetooth 5.0.

As with every iPad, Apple is promising up to 10 hours of battery life.