Lara Croft's latest adventure is bigger and badder than ever before 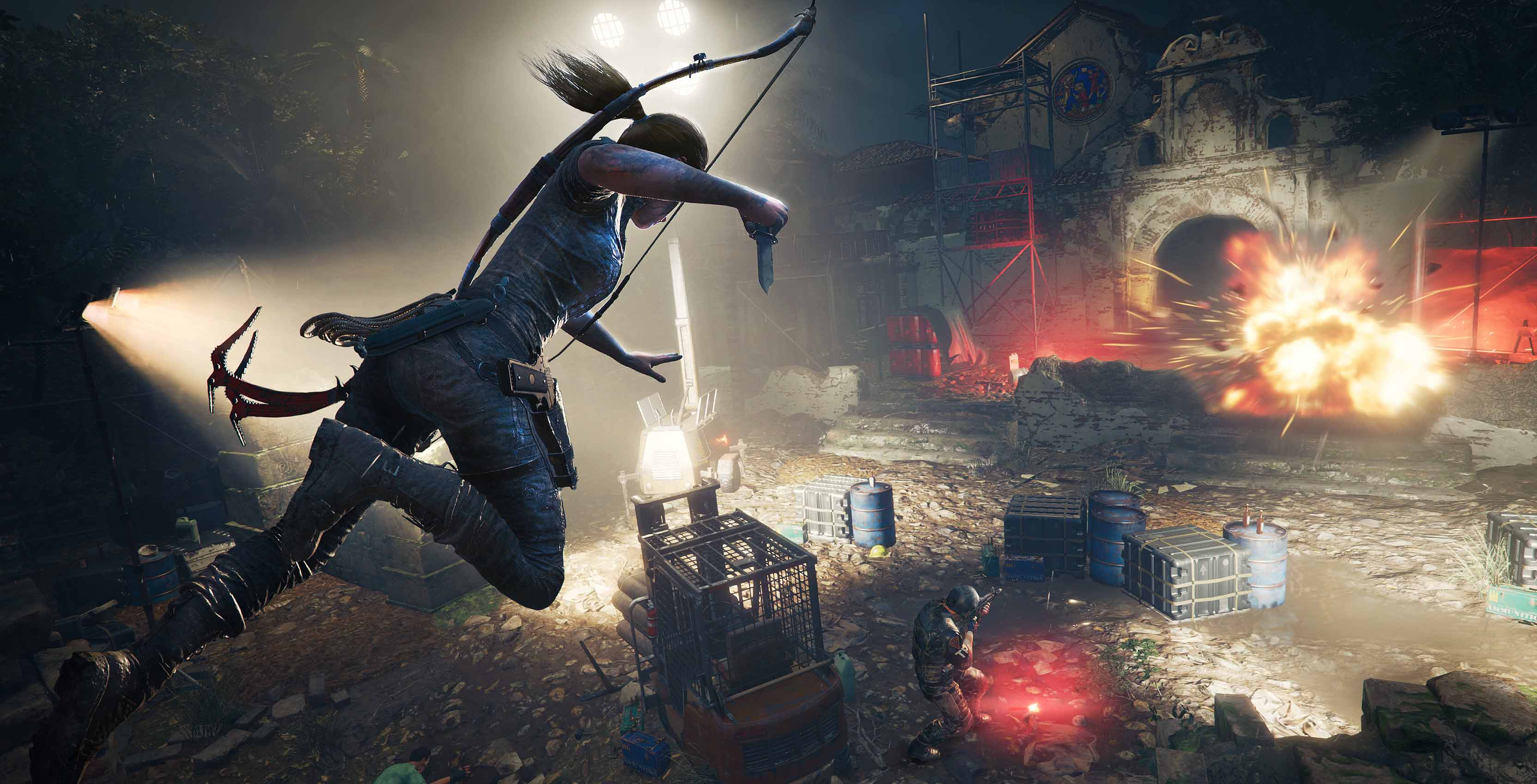 It’s often difficult to nail the third entry in a trilogy, particularly with video games. Between wrapping up the story in a logical and satisfying way, to adding enough gameplay refinements and new features to keep things feeling fresh, developers typically have their work cut out for them with threequels.

In the case of Shadow of the Tomb Raider — the follow-up to 2013’s Tomb Raider reboot and 2015’s Rise of the Tomb Raider — it was even a new studio running the show entirely. This time around, developer Crystal Dynamics has taken a support role as Canada’s own Eidos Montreal (Deus Ex: Mankind Divided) handles main development duties.

The end result is a game that, while not quite reaching the highs of the excellent first and second games, is nonetheless a very solid conclusion to this saga in the modern interpretation of Lara Croft.

Shadow of the Tomb Raider picks up two months after the events of Rise of the Tomb Raider, with Lara and her friend Jonah (the only other character to appear in all three games) trying to put a stop to the returning threat of the Trinity paramilitary group. In trying to stop Trinity from reaching the legendary lost city of Paititi, Lara ends up setting off a Mayan apocalypse, which she’ll have to race to try to prevent before the world comes to an end.

Through this grand failure, the game initially sets up an intriguing arc for Lara. Having lost almost all of her friends and family, Lara has become reckless and obsessive in her adventures. To that end, she’s putting herself — and countless others — on a path of destruction.

At the same time, Shadow of the Tomb Raider attempts to address the colonialist undertones of the Tomb Raider series as a whole. Unfortunately, the game never fully explores these fascinating themes in a very meaningful way, even when it delves into Lara’s tragic past in admittedly clever ways. 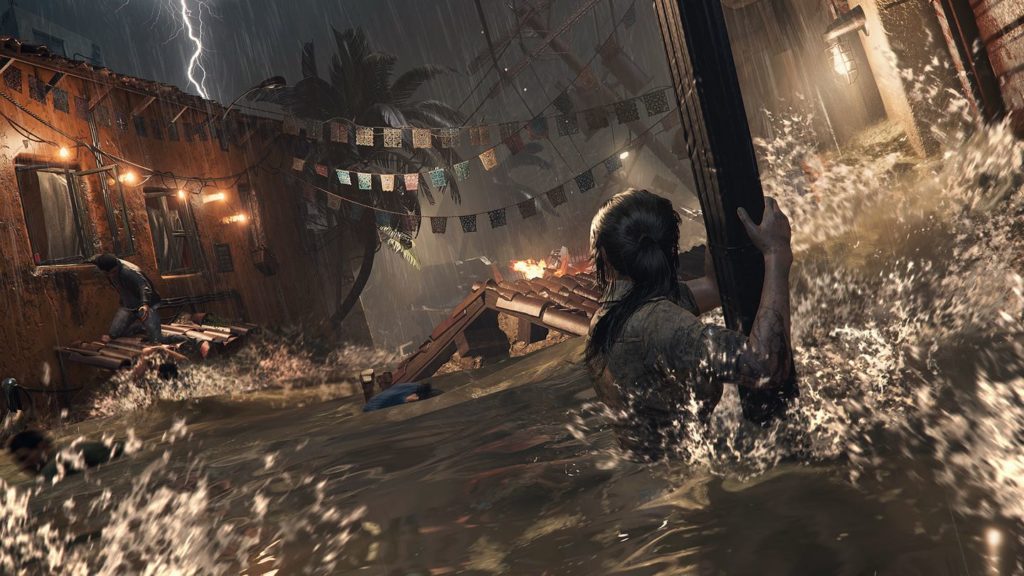 Thankfully, Lara herself always feels like a living and breathing character, in no small part due to actress Camilla Luddington, who reprises her role as the voice and motion-capture of the adventurer from the previous two games. Luddington deftly switches between the hardened warrior persona of the Tomb Raider and the more emotionally fragile psyche of Lara Croft.

As a result, Lara always manages to feel eminently relatable, even when she’s killing people or running through an over-the-top setpiece. While none of the other characters — especially Jonah – ever really feel fleshed out, Luddington and the Eidos Montreal narrative team ensure that Lara herself is at least consistently compelling.

From a gameplay perspective, though, the real star of Shadow of the Tomb Raider is the world itself. Throughout the roughly 15-hour story, Lara’s quest takes her through exotic Mesoamerican and South American locales, which are all filled to the brim with a delightful mix of collectibles, optional tombs and other side quests to complete. 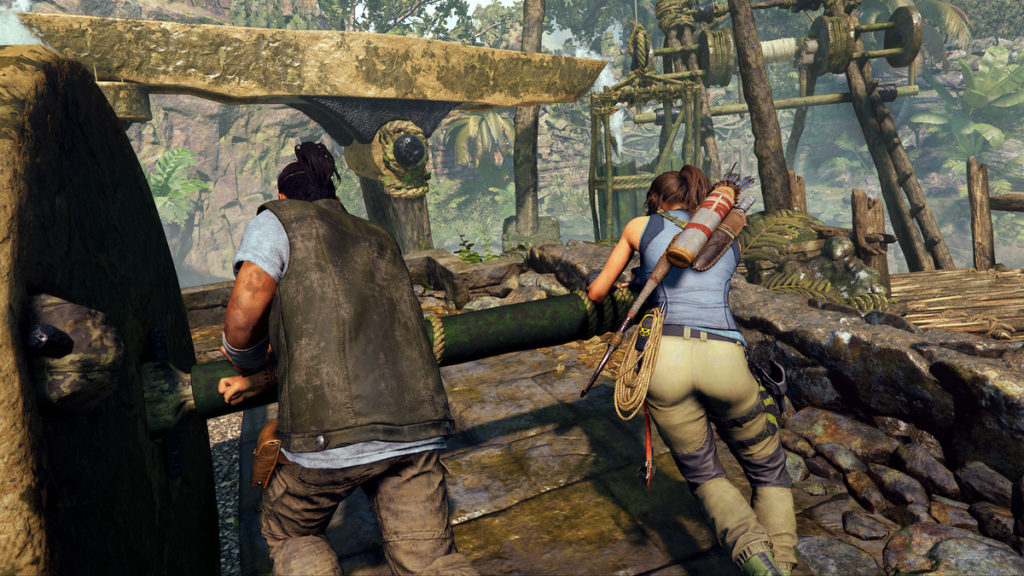 The returning ‘Challenge Tombs’ in particular are the main highlight of Shadow of the Tomb Raider. As in the previous games, these net you valuable resource and a new ability should you complete them, although doing so isn’t always easy. Indeed, as the name suggests, these tombs are appropriately challenging thanks to clever design across multi-stage environments.

Best of all, each and every activity feeds into an addicting gameplay loop that constantly rewards you with experience to teach Lara new abilities. As a result, I always felt encouraged to complete even the smaller tasks, such as hunting for historical trinkets, old traveler’s backpacks, and ancient foreign texts.

Getting enough experience will net you skill points to use in a large branching skill tree that features wide-ranging abilities like increased breath underwater, additional enemy stealth takedowns and the ability to harvest and weaponize venom from insects in the jungle. 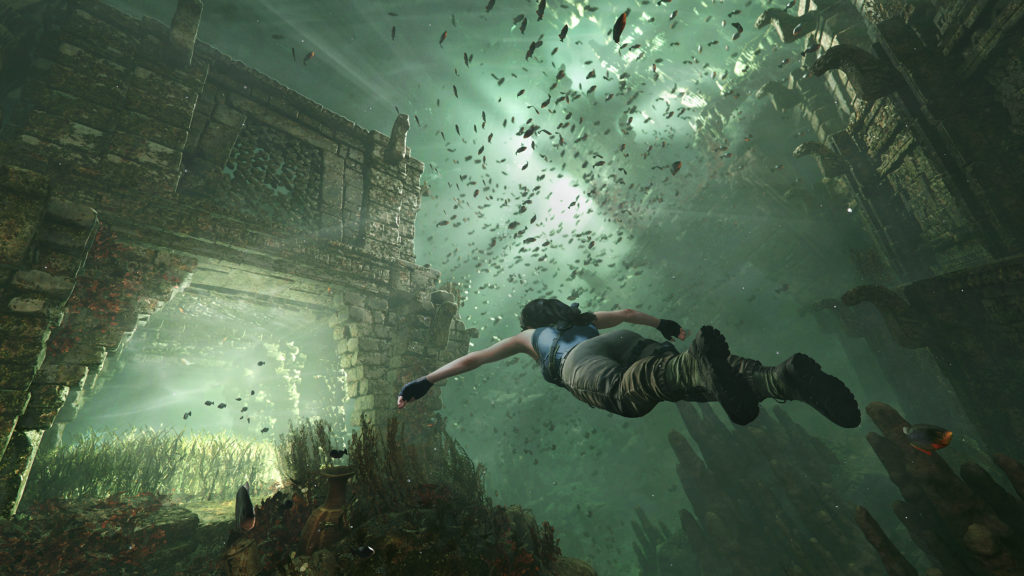 Combat, however, is actually the weakest part of Shadow of the Tomb Raider‘s gameplay. As in previous games, Lara will be able to use a few different standard firearms, like a pistol and rifle, as well as her signature bow.

Unfortunately, the game’s wonky and sluggish gun aiming mechanics make getting into firefights somewhat of a chore. In fact, combat itself is downplayed overall, with Shadow of the Tomb Raider featuring the trilogy’s fewest number of enemy encounters by far.

Thankfully, combat scenarios become more engaging when you play stealthily, especially because you get more XP from silent takedowns. In Shadow of the Tomb Raider, Lara’s stealth-friendly bow is just as precise and deadly as it was in previous games. Landing a headshot with a well-aimed arrow in particular always feels incredibly satisfying. 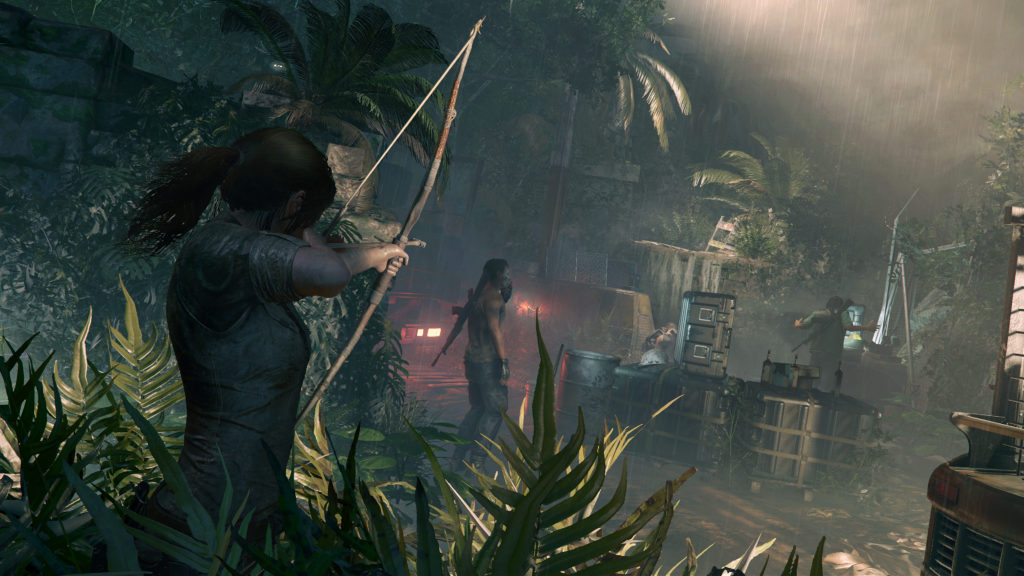 This time around, Lara can also use her bow while hiding in trees to quietly hogtie enemies below her. Also new to the trilogy is the ability to cover Lara in mud to hide in darker parts of the terrain. The few new stealth mechanics don’t revolutionize combat in any way, but they are nonetheless fun options to play around with.

Where Eidos Montreal does innovate with gameplay in Shadow of the Tomb Raider is with the addition of a very clever modular difficulty system. When starting a new game, you’ll be able to fine-tune difficulty depending on the type of gameplay. Combat, exploration and puzzles all have their own various difficulty options, rather than one general setting that alters all three, which gives you a great amount of control over how challenging the moment-to-moment gameplay will be.

I personally recommend playing on harder difficulties, though. This makes combat quite challenging, as Lara can only take a small amount of gunfire before dying, which makes stealth feel more tense and essential. Similarly, more challenging exploration settings means you can’t rely on Lara Croft’s Survival Instincts to highlight platforming sections or puzzle elements, therefore pushing you to more carefully study your surroundings. 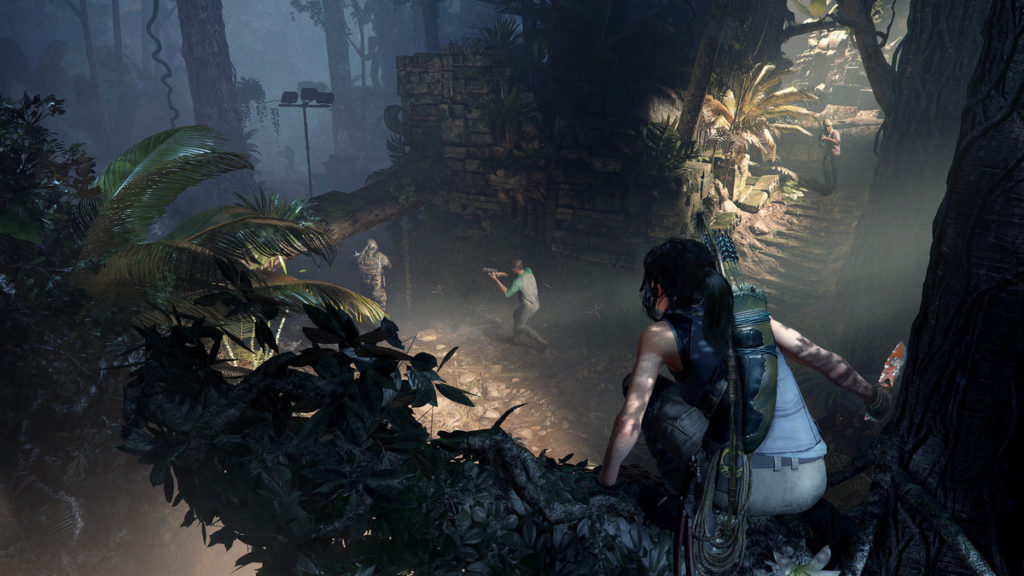 In the end, despite a handful of narrative stumbles and some uneven combat, Shadow of the Tomb Raider largely succeeds in wrapping up this saga in Lara Croft’s life, with a solid ending that sets up elements from the original PlayStation games. While Shadow of the Tomb Raider might not reinvent the wheel, it still offers much more of what you liked from the previous games.

In particular, exploration and Challenge Tombs are the best they’ve ever been, encouraging you to leave no inch of this world untouched. While it remains to be seen where Square Enix will take the franchise from here, I’m eager to see where Lara Croft’s next adventure will take us.

Shadow of the Tomb Raider is now available on PlayStation 4, Xbox One and PC.