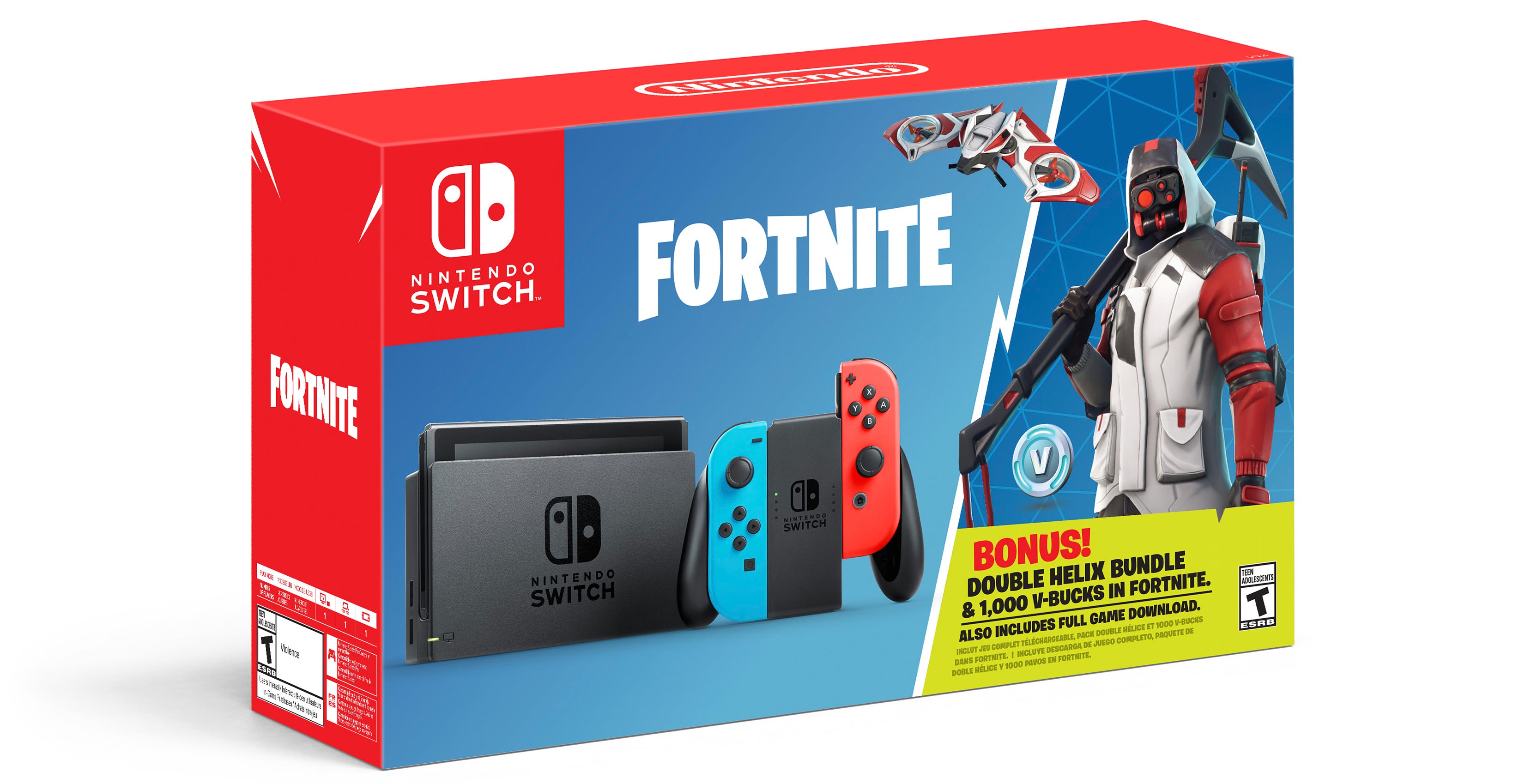 While Fortnite is free-to-play, players can purchase cosmetic upgrades and season passes with real-world money through in-game cash called V-Bucks.

The bundle includes a Switch console, 1,000 V-Bucks (which amounts to $13.49 CAD), and the Double Helix Set, which includes a special character outfit, back bling, glider and pickaxe.

Nintendo’s new Fortnite bundle will retail $379, the same price as the standard version of the Japanese gaming giant’s system.