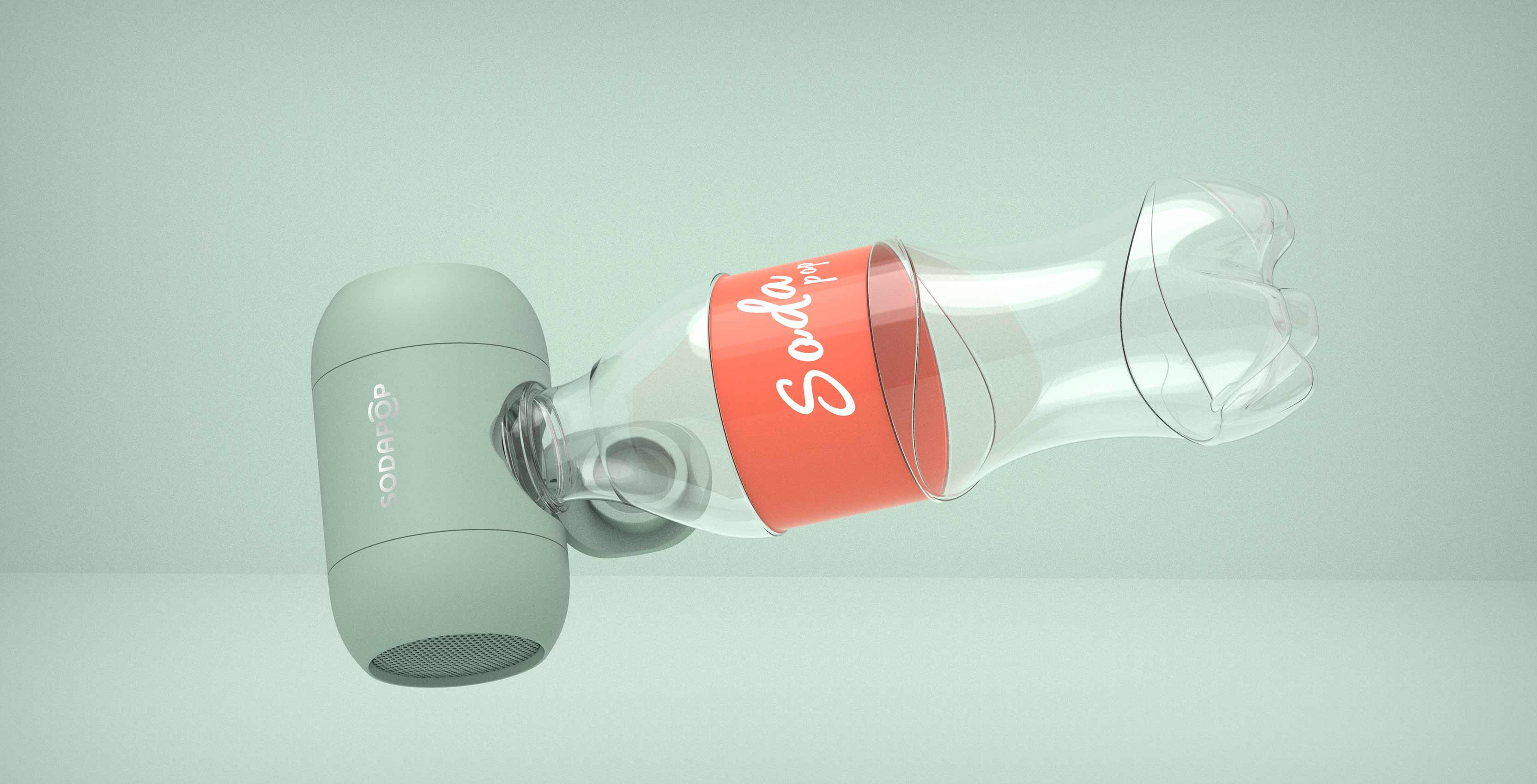 Portable speakers are a great way to take music with you on the go, but their sound quality can sometimes leave a lot to be desired.

To help with that, Oslo, Norway-based startup Sodapop has Kickstarted an eponymous Bluetooth speaker that uses a bottle to project louder music with twice as much bass.

The plastic bottle can also serve as a membrane to push air into the speaker and create a “warmer” sound.

While the Sodapop includes a custom-made bass bottle that doubles as a protective carrying case, you’ll also be able to attach most regular plastic beverage bottles.

In terms of specs, the Sodapop includes two full-range 4-watt speakers and a 1,600mAh rechargeable battery that promises up to 30 hours of music playback. Best of all, the speaker measures in at a delightful bite-sized length of nearly six inches.

According to Sodapop, internal testing found that its bottle-equipped speaker produces louder music than several other rival miniature devices, including the Sony SRS-XB10 and the JBL Go. The Sodapop team says it worked with professionals in the music and product development industries on various prototypes of its speaker.

The Kickstarter campaign wrapped at the end of the August, with Sodapop surpassing its $24,000 USD (approximately $31,550 CAD) funding goal. Shipments are expected to start in October. Sodapop says the estimated retail price will be 550 Norwegian Krone, which works out to about $85 CAD.

It seems as though Sodapop has found a clever way to increase sound quality while also maintaining portability. I particularly like the idea that travelers can use disposable bottles that they might find along their trip, whether it’s at a hotel, beach or restaurant. Pricing also seems fairly reasonable, which isn’t always the case with crowdfunded products.

As with any Kickstarter project, though, there are various issues that could come up along the way, particularly with production or shipments. Barring any hiccups, though, the core concept seems sound (pun absolutely intended) and well worth checking out, at least.