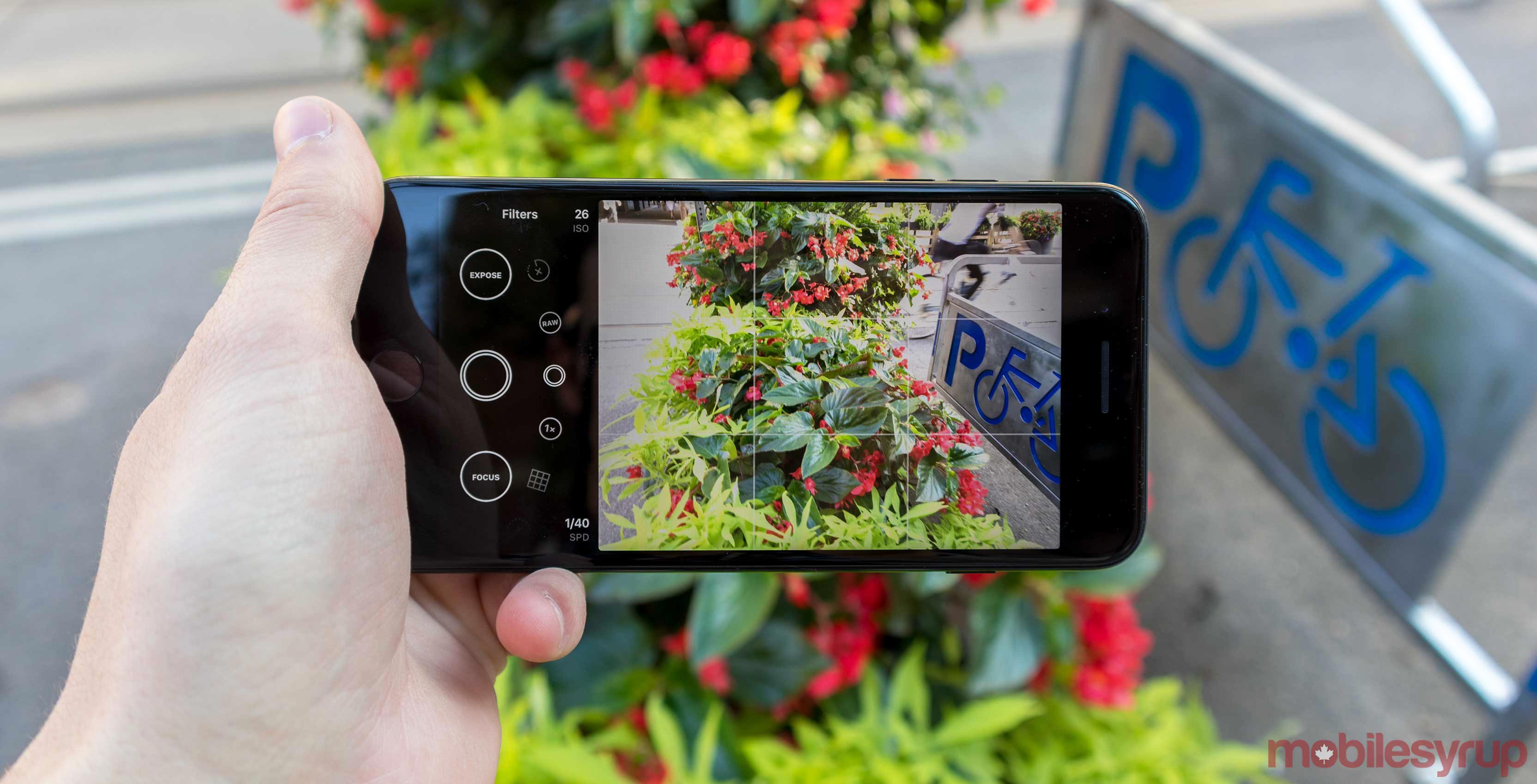 iOS app Obscura 2 gives users more control over their iPhone camera’s exposure, aperture and other important features when it comes to image composition.

Obscura 2 was developed in Ireland by Ben McCarthy. This isn’t his first camera app given he also started working on the original Camera Obscura in the summer of 2014, and then launched the app the following year.

Both versions of the app share a simple goal. They aim to make it easier for an iPhone photographer to control how they want a shot to look. Besides this, McCarthy also wants to ensure the the app’s interface is usable with just one hand.

These are lofty goals, but also necessary for removing as many variables as possible from iPhone photography, according to McCarthy. 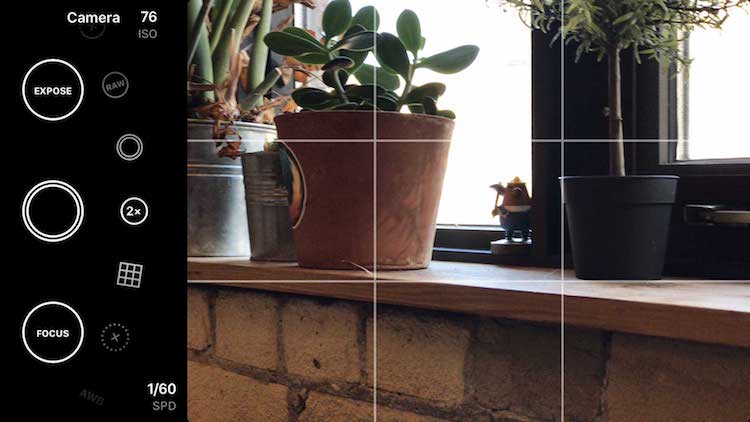 When McCarthy first began building Obscura 2, he started by copying and rewriting the core code from Objective C to Swift. In order to make the app as comfortable to use as possible, every detail was reconsidered with this new version, he says.

When users first open Obscura 2, they’re greeted with a quick guide and then the option to delve into a full manual.

If the manual option is selected, the app explains how to utilize its camera settings. If you’re new to Obscura 2 or photography in general, this is definitely the place to start.

With Obscura 2, the camera snaps a photo after your finger lifts off the screen in an effort to reduce shake. It’s also worth noting that ISO and shutter speed can be controlled through the app, but are set simultaneously. Further, setting a specific exposure overrides ISO and shutter speed, as well as vice versa.

This is a comparison of a regular iOS image RAW Obscura 2 photograph. The RAW photo is on the left and iOS image is on the right.

The app’s manual explains the various file formats that are available to shoot. Options range from standard JPEG files, to HEIC images, which feature advanced compression. There’s also RAW image files if you’re looking for the superior image quality. Further, there are even modes for capturing Live Photos and depth data, allowing users to edit the app’s portrait mode effects. 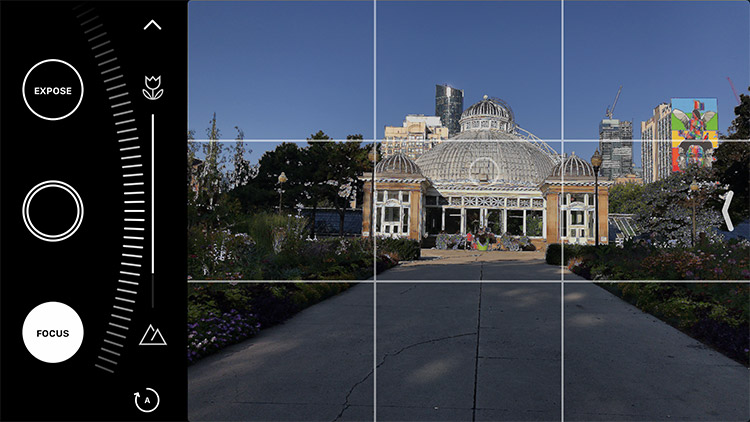 Tapping any of these controls replaces the carousel with a large dial that controls the settings. There is also a focus peaking feature when using the app with the iPhone 6s and newer.

Other features are also restricted to newer iPhones, too. For example, RAW photos are only supported by the Phone 6s and up. HEIC supports begins with the iPhone 7, and depth capture requires an iPhone 7 Plus, iPhone 8 Plus or an iPhone X. 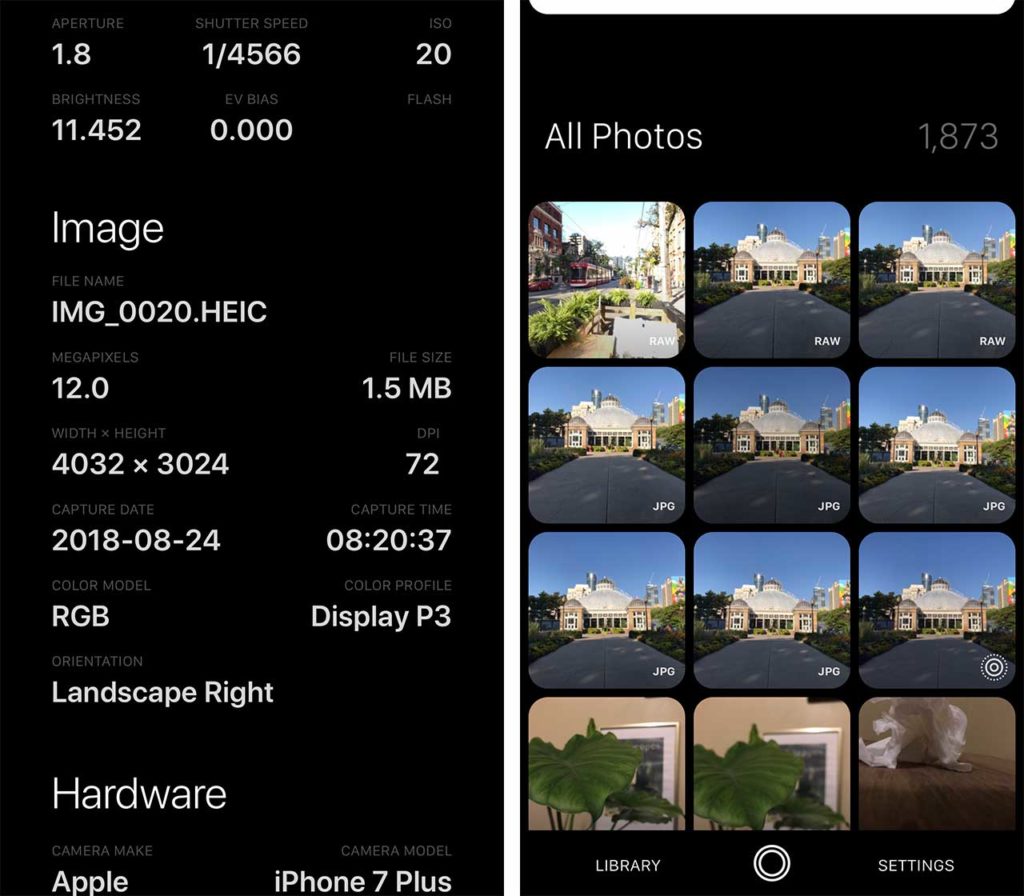 Users are also able to swipe up to reveal their library, allowing them to review their pictures and add filters. The library is decent looking and displays extensive metadata for each photo.

There are a variety of smaller features that let users tailor the camera to their own specifications through the app’s settings — users can even select what colour they want the app icon to be.