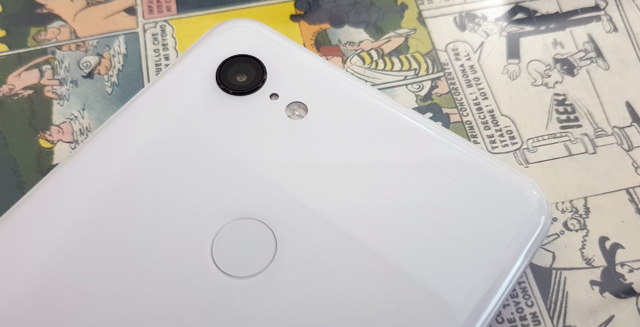 Over the past couple of weeks we’ve seen a flood of Pixel 3 XL leaks.

However, none of the rumours so far have explained why Google decided to go with a dual selfie-camera setup on the front and a single-rear shooter on the rear of the smartphone.

Now, according to a source familiar with the device who spoke with 9to5Google, Google added two camera sensors for improved selfie performance. The source claims that the images that result from the selfie cameras are similar to the depth-of-field effect featured in other smartphones, but with added improvements.

Two other sources say that Google is adding a new feature called ‘Super Selfies,’ and one of the Pixel 3 XL’s cameras feature a wide angle lens.

According to Mobile-Review, a Russian tech publication, an “anonymous well-wisher” has sent the site a pre-production version of the handset. Mobile-Review has written extensively Google’s phone, stating that it features a face retouching feature with a ‘natural’ and ‘soft’ mode, as well as a front-facing optical zoom functionality.

Another source who spoke with 9to5Google says that the 3 XL may include facial recognition functionality, but leaks have not confirmed this.

Further, 9to5Google also indicates that Google may not keep the dual front-facing cameras for future handsets. Google has yet to commit to the concept, according to the publication’s sources.

Google will likely officially reveal the Pixel 3 XL in October.