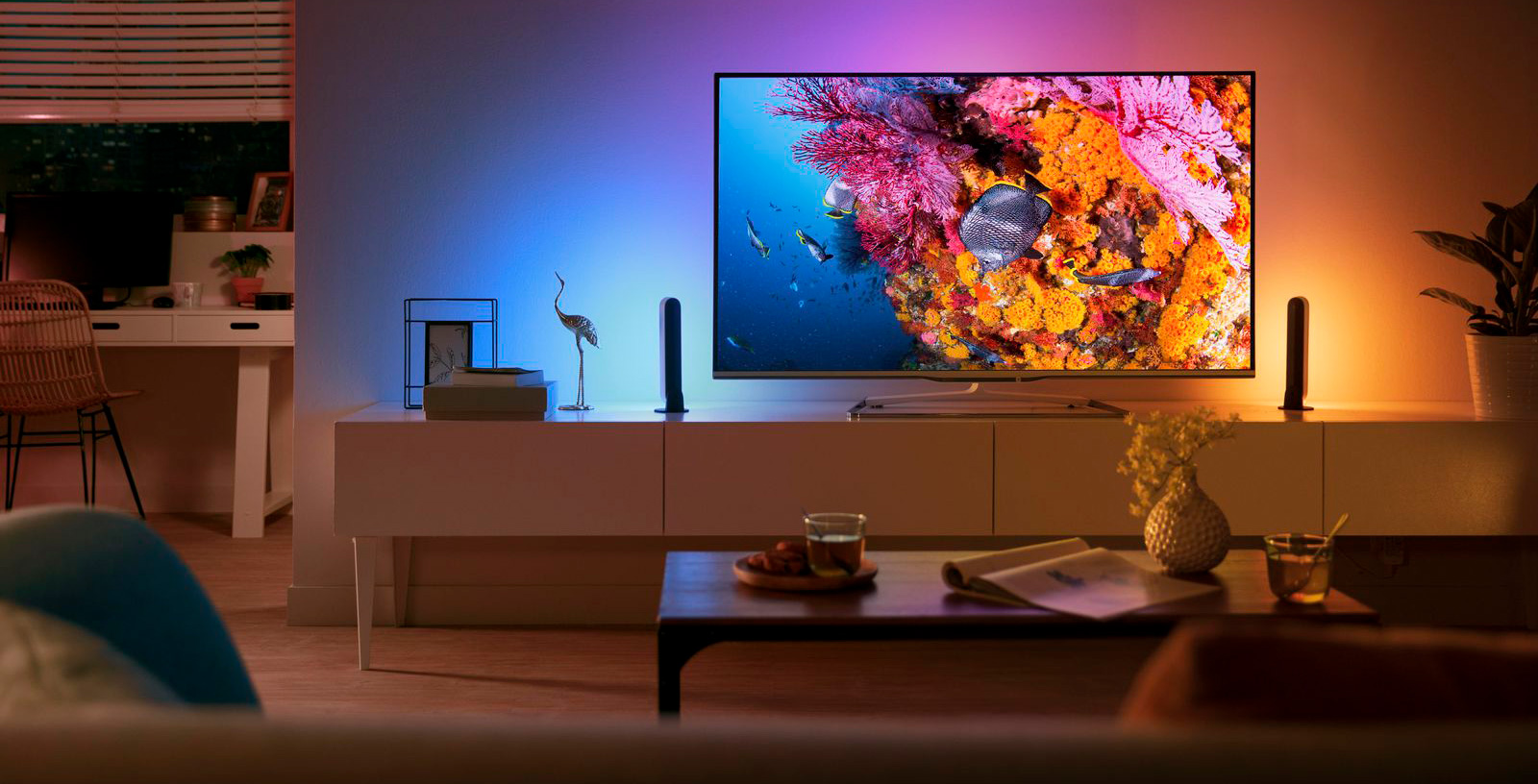 Playing off the success of its’ smart home Hue Light Strip, it looks Philips has further plans to release new Wi-Fi connected ways to illuminate your home.

The Hue Play and Signe are smart light collections designed to add accent lighting to a home, rather than direct illumination. The sleek light bars bounce light off walls and other objects, resulting in a somewhat eerie floor-to-ceiling ambient glow. 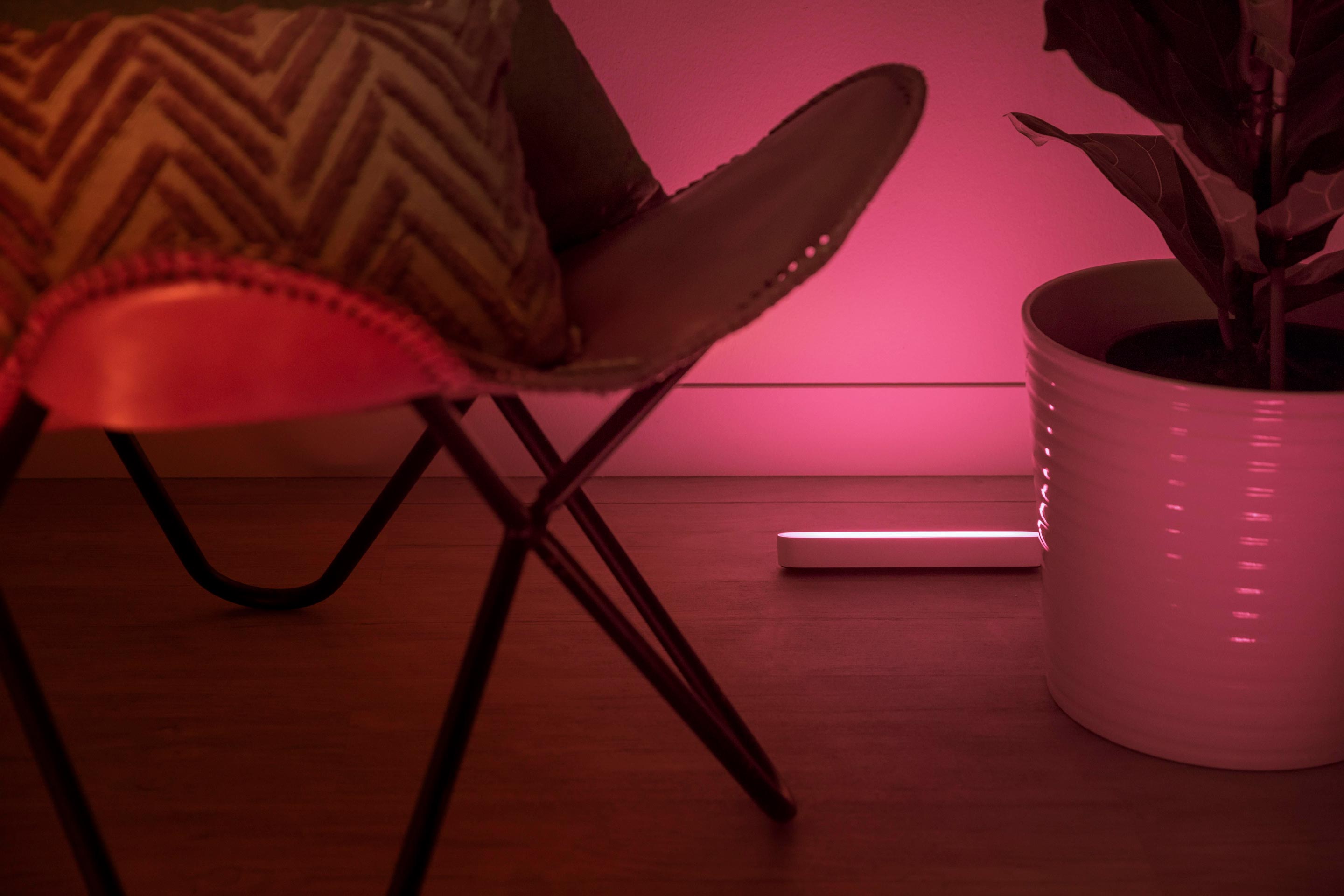 Both smart home light collections are also distinctly different. For example, the Play is smaller and can be placed both vertically and horizontally, creating a glow around the rear your TV that Philips says results in minimal glare. The Play measures in at 9-inches in length and is sold in two kits; the Hue Play, which features a single base and one fixture for $89 and a Double Base Kit that includes two fixtures for $169. Philips is also selling an extension pack for $79.

The Signe, on the other hand, sits upright and is designed to bounce light around the room without taking up too much space. The smaller table top Signe lamp is priced at $199, while the floor lamp is priced at $319, with a release date set for October. 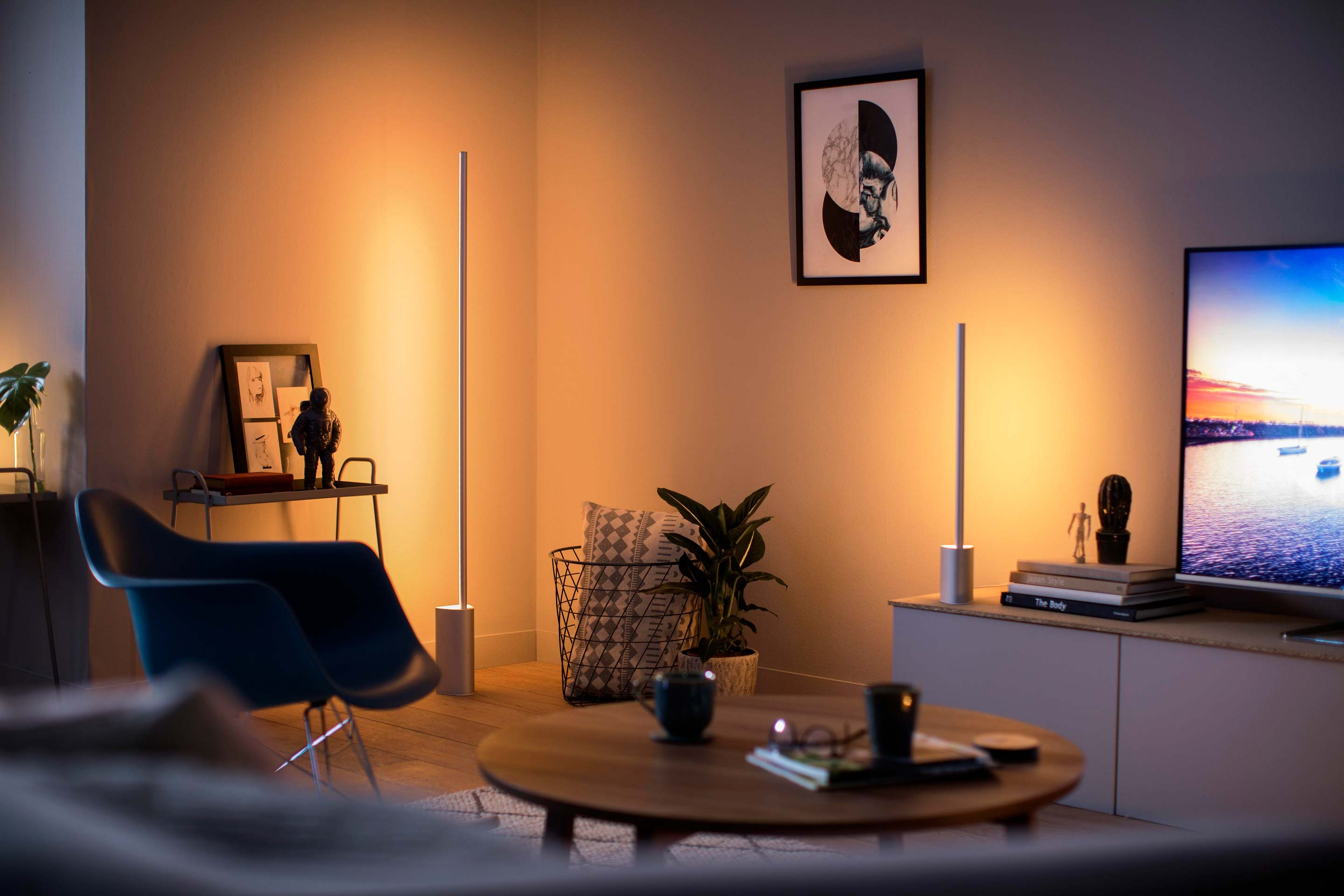 Both ambient lights are also capable of white and colour ambience. It’s unclear when the Signe and Play smart ambient lights will be released in Canada, or what their specific Canadian pricing is, but we’ve reached out to Philips for clarification.

Back in April of 2018, Philips Lighting announced that it is now called Signify, though Hue smart lights still retain the Philips Hue branding.

Pre-orders will launch in October for the Play, with pre-orders launching on September 24th.

Back in July Philips released a variety of outdoor smart lights, including the Calla Bollard and Lily Spotlight.

Update 08/21/2018: The story has been updated with specific Canadian pricing and availability for the Signe and Play.