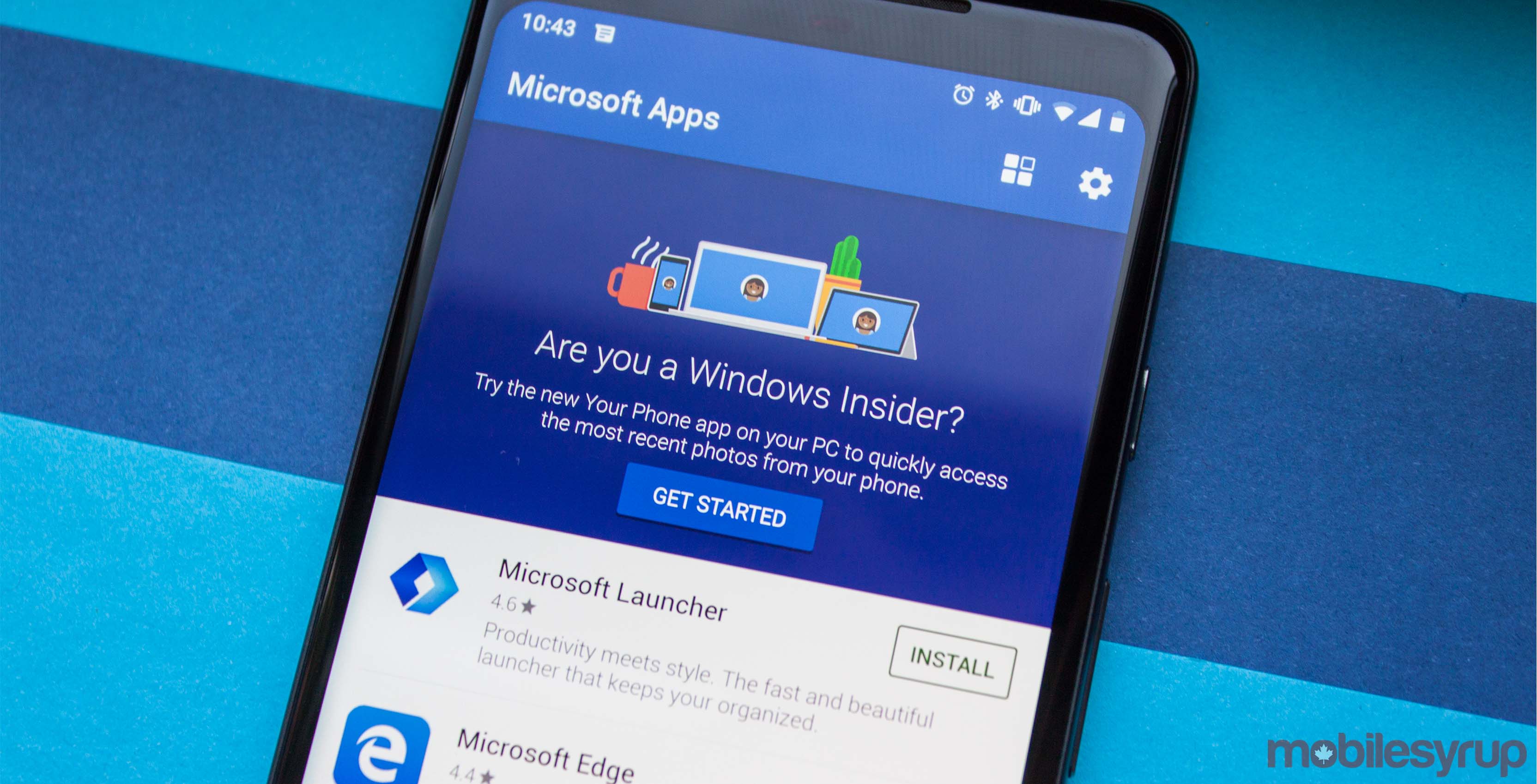 Microsoft’s ‘Your Phone’ app is out of testing and available for Windows 10 users now.

Anyone with the latest April 2018 Update can install Your Phone from the Microsoft Store.

Initially, the app was only available for Windows Insiders. However, that testing period appears to have finished.

You will need an Android phone running version 7.0 or later to use Your Phone. Microsoft has promised support for iPhones, although support will be limited compared to Android. Furthermore, the app doesn’t currently support iPhone.

When you first run the app on your PC, it asks for a phone number. Microsoft texts a link to that number, which takes you to the Play Store page for the Microsoft App. 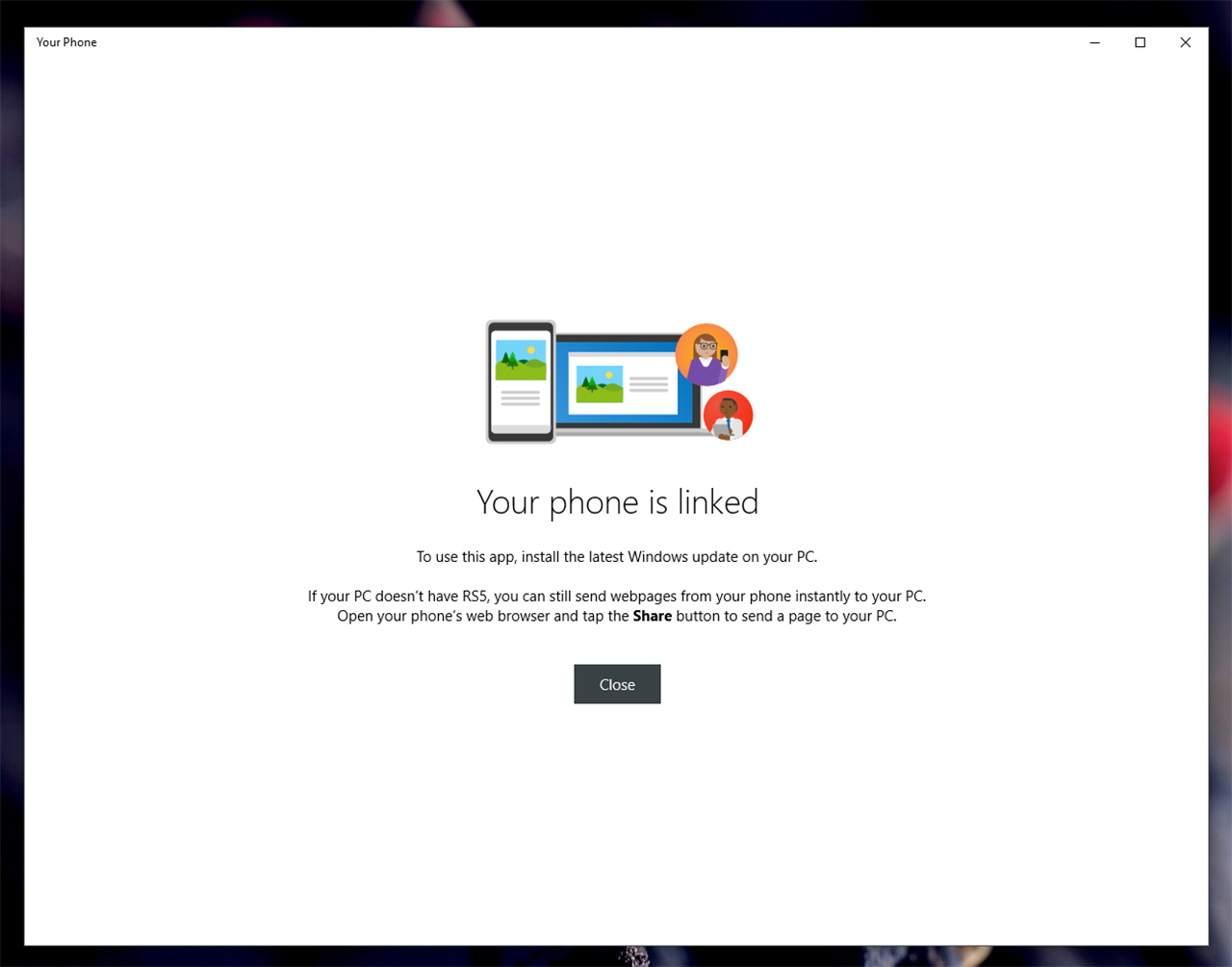 Once you download and sign into the Microsoft app, your PC will inform you it’s connected. Furthermore, it will tell you to update your PC, if necessary, in order to access features.

Additionally, Your Phone says that if your PC doesn’t have the RS5 update — which is due out in the fall — only some features are available. For example, the app says you can still send links to your PC through the share function in you phone’s browser.

For most people, that means the app won’t do much. Unless you’re a Windows Insider, the RS5 update is still a ways off.

Ultimately, the goal with Your Phone is to enable a seamless connection between your smartphone and computer. This link will allow you to drag and drop photos, answer texts messages and more. However, only the photo features are available now.

Source: The Verge Via: Engadget