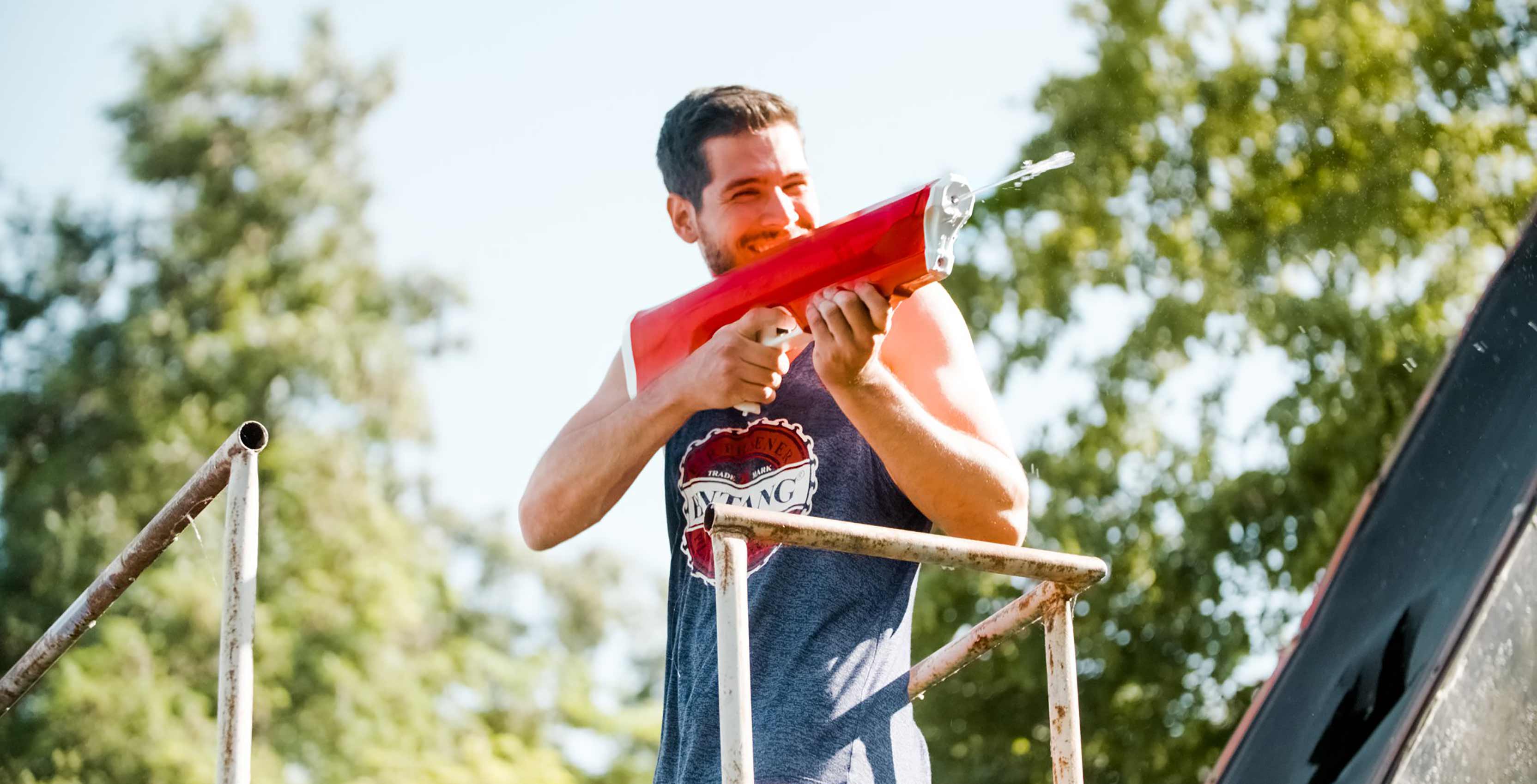 While tech giants like Apple, Google and Microsoft continue to debate how classic water gun emojis should look, a team of German innovators has been toiling away at ushering in the next generation of actual water fights.

After day jobs were quit and two years of development time was spent, the team at Spyra has cooked up the Kickstarter-backed Spyra One, a high-tech water gun that’s all about precision and efficiency.

At first glance, the Spyra One sports a rather sleek, albeit minimalist design — somewhat like a colourful version of the assault rifles featured in the Halo series.

But it’s what’s in the toy that makes it interesting.

Using specially engineered valve-nozzle technology, Spyra says its gun is capable of shooting concentrated water bullets of 30mL — roughly the size of a shot glass — at distances of up to 7.5 metres.

Meanwhile, the Spyra One’s specialized tank will ensure that each shot has the same amount of water and power from start to finish — no frantic pumping required.

After you’ve used up the tank’s maximum 25 shots, the Spyra One can automatically refill in 14 seconds with the push of a button when dipped into any clean water source.  You’ll know when to reload thanks to a digital display that shows both the Spyra One’s ‘ammo count’ and battery status.

“Gone are the times where the break to run into the house and refill your tank was the killer of every water battle,” Spyra wrote in the Kickstarter page description. “With Spyra One, counting your water bullets and refilling strategically becomes part of the fight.”

The Spyra One is still a ways off, though. According to the Kickstarter page, the estimated delivery time is August 2019. Moreover, the minimum pledge amount to get the water gun is €115 (approximately $173 CAD), with shipping to Canada costing an additional €22 (roughly $33 CAD).

Given how increasingly hotter Canadian summers are getting, the Spyra One looks like a neat way to cool off while having fun.

However, I’m going to have to say it’s decidedly not sticky due to a steep price tag and the always uncertain nature of crowdfunded products.

Realistically, unless you’re clamouring to unleash your inner child, I can imagine that it will primarily be children who get a good kick out of this.

While 10-year-old Brad sure would have killed for this, I’m still not sure that parent or guardians are looking to drop around $200 CAD on what’s ostensibly a souped-up Super Soaker, especially one that’s a new Kickstarter item.

Still, the Spyra One is a neat concept that can hopefully be refined upon over time to become more affordable and dependable.