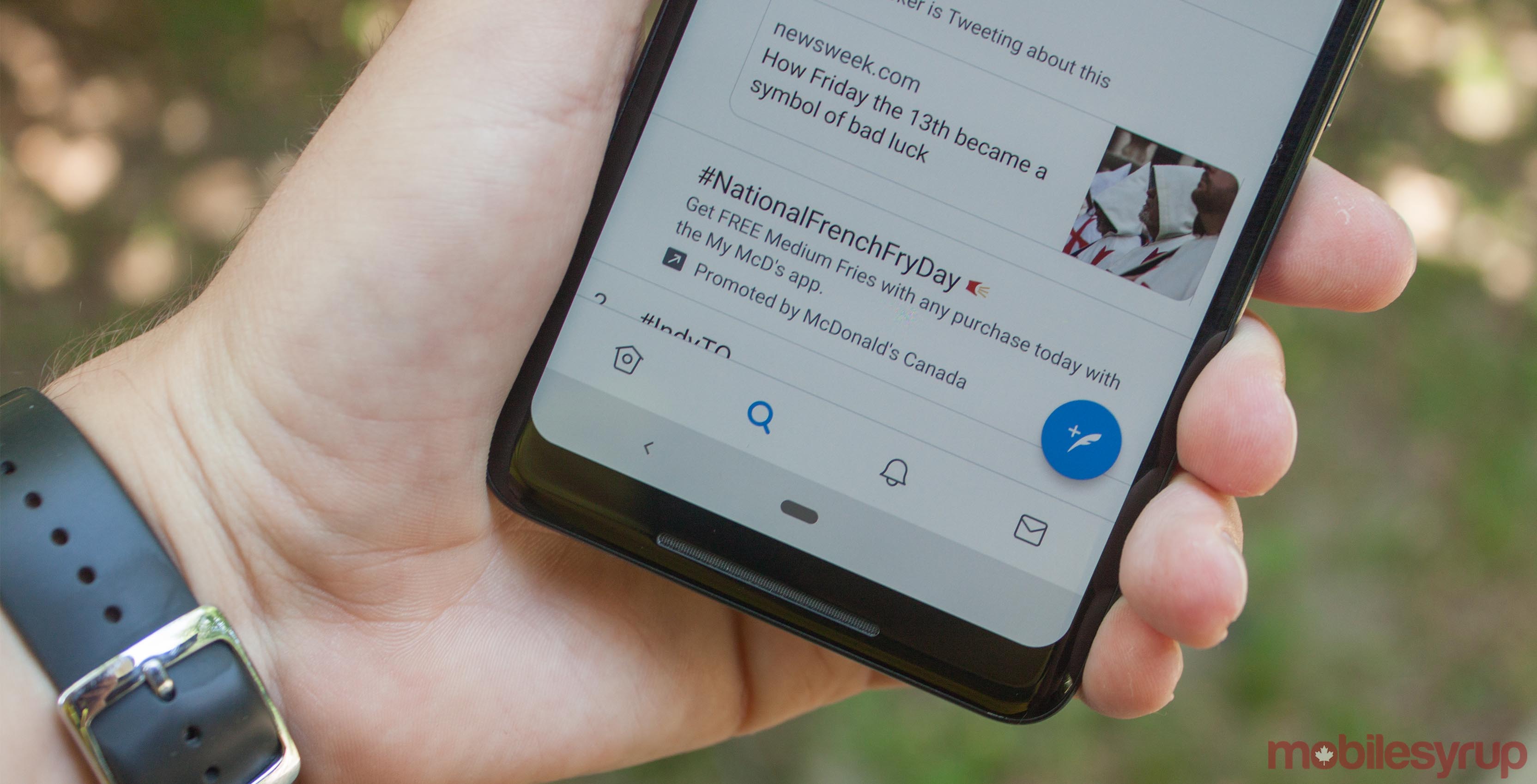 Twitter announced Friday that it was rolling out a new bottom navigation bar for Android users.

While a small change overall, it’s a welcome one. The bottom navigation bar essentially takes the four tabs that ran across the top of the app and placed them along the bottom.

The tabs — Home, Search, Notifications and Messages — are easy to reach now. In our world of constantly growing phones, this makes a lot more sense.

The change appears to be part of a server side update. It came to my device without an update from the Play Store.

However, some users may be able to force the change by quitting Twitter and restarting the app. I had ‘Force Stopped’ Twitter and discovered the change when I reopened the app. However it’s not clear if it’s related, so your mileage may vary. 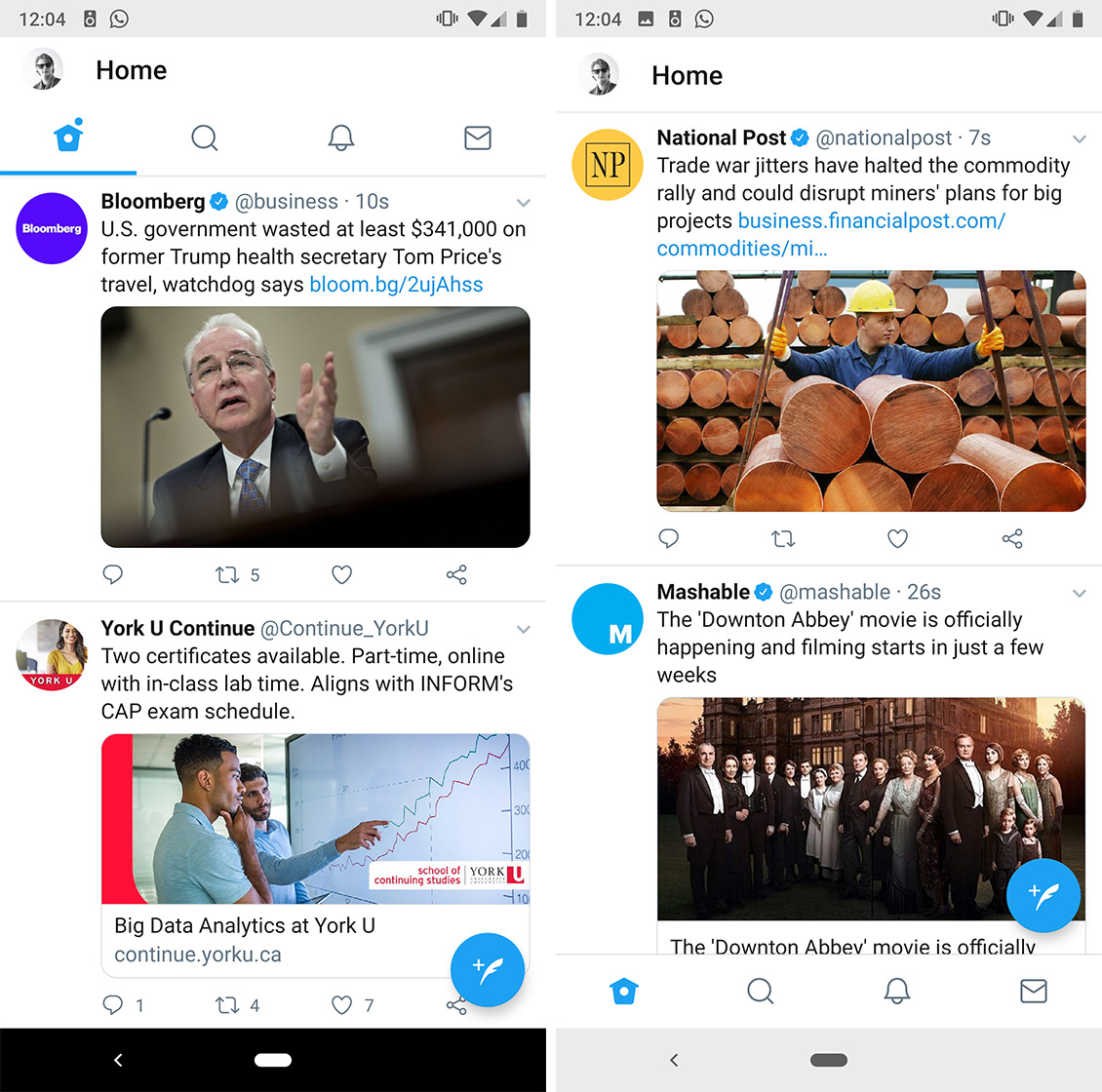 Despite the nice usability change, few users seem to care. Twitter posted the announcement on Twitter and users flocked to the response with complaints.

Or? You could give everyone their locked accounts back pic.twitter.com/o8OZ1fjUe7

On Wednesday the social media network purged locked accounts from users’ follower counts. The move was an act of balancing akin to Thanos’ snap despite Twitter’s good intentions.

While Twitter said most average accounts would only see a drop of four or less followers, some of the bigger accounts lost followers by the thousands.

President Trump lost some 300,000 followers for example, according to the Independent.

Unsurprisingly, many users are quite frustrated at the loss. However, for the health of Twitter it was a necessary evil.