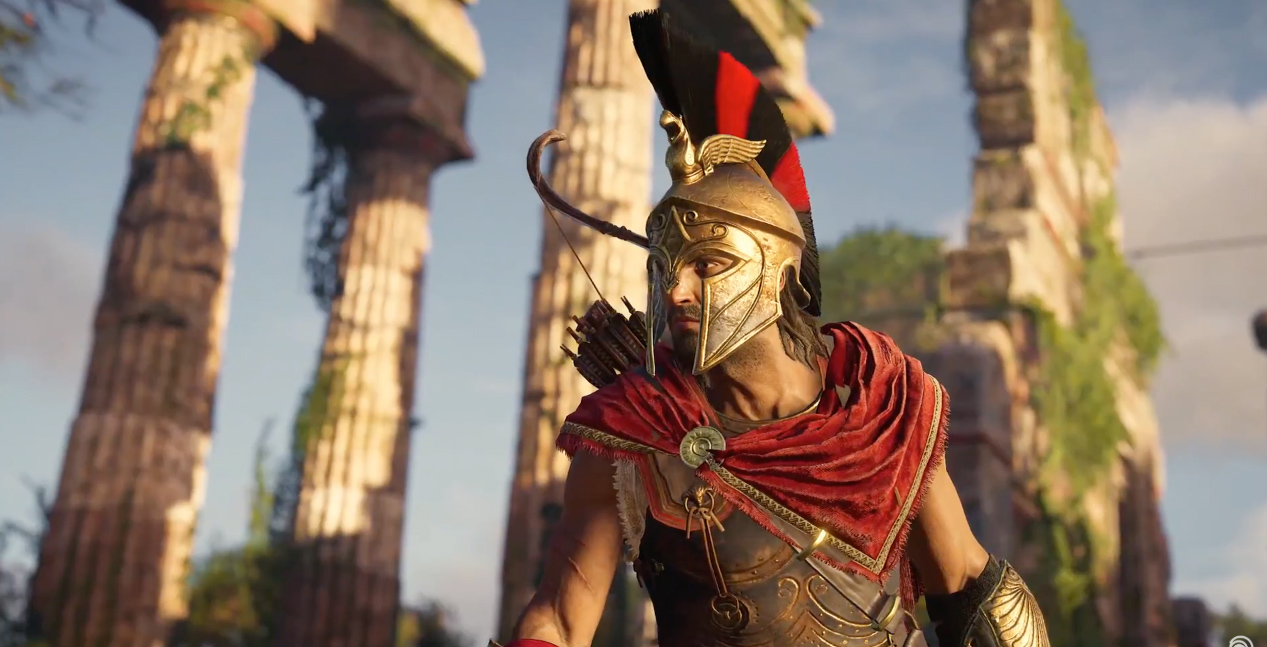 The game was leaked by a keychain in late May and subsequently confirmed by Ubisoft later that night.

In Odyssey, players will be able to choose between a male or female protagonist, Alexios or Kassandra, respectively, confirming earlier reports from Kotaku. Ubisoft says that players will experience the same story, regardless of who they choose to play as.

Odyssey will also feature the series’ first-ever dialogue choice system, which Kotaku also reported on last month. However, Ubisoft said these choices will not conflict with how real-life historical events played out.

The game will also sport a robust naval system, harkening back to the boat mechanics found in 2013’s Assassin’s Creed IV: Black Flag, one of the most popular entries in the franchise.

In Odyssey, players can upgrade their ships and recruit sailors from all around the game’s open-world, which will provide the ship with improvements like increased damage. More powerful ships will even be able to ram other ships and cleave them in two.