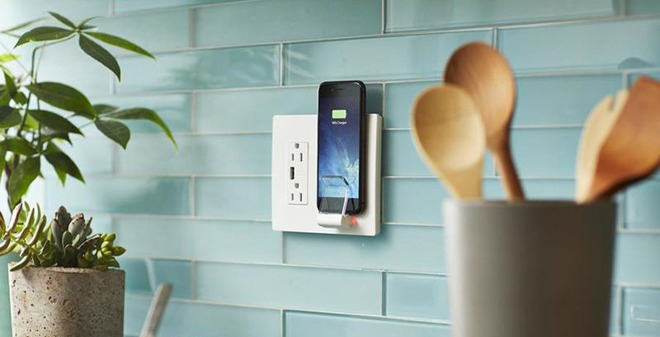 If you’ve ever sat on your couch and stared at a nearby wall outlet, wondering if perhaps you could turn it into a wireless charger for your Android or iOS smartphone, then light switch manufacturer Legrand’s wireless Radiant is the device you’ve been waiting for.

While the above thought likely hasn’t crossed many people’s minds, this is exactly what Legrand envisions when it comes to its Radiant wireless charger. The company wants to turn your normal outlets into wall-mounted Qi chargers. While an interesting concept, there’s likely a minimal amount of wall outlets in most people’s homes that actually make sense in the context of becoming a wireless charger.

Further, the Radiant isn’t a simply plug-and-play solution and instead requires you to sacrifice the utility of an open plug by completely turning it into a Qi charger. Legrand is also selling the Radiant in a strange way, allowing you to only purchase a $70 USD (about $90 CAD) bundle that includes an additional regular outlet that also features a 3.1-amp USB port.

Still, if you happen to have a few conveniently placed wall outlets you aren’t using and feel that it makes sense to permanently make them Qi chargers, then Legrand Radiant may be of interest to you.

Source: Legrand Via: The Verge