One would be remiss to suggest that Modern Combat 4: Zero Hour is ‘inspired” by modern first-person shooters like Activision’s Call of Duty franchise, because Gameloft’s 2012 title really does feel more like a complete rip-off rather than a loving homage.

Still, what makes Zero Hour — and, indeed, the other titles in the Modern Combat franchise — so compelling is that, other than the fact that game’s graphics can’t compare to true console visuals, the game plays quite a bit like a true first-person shooter. 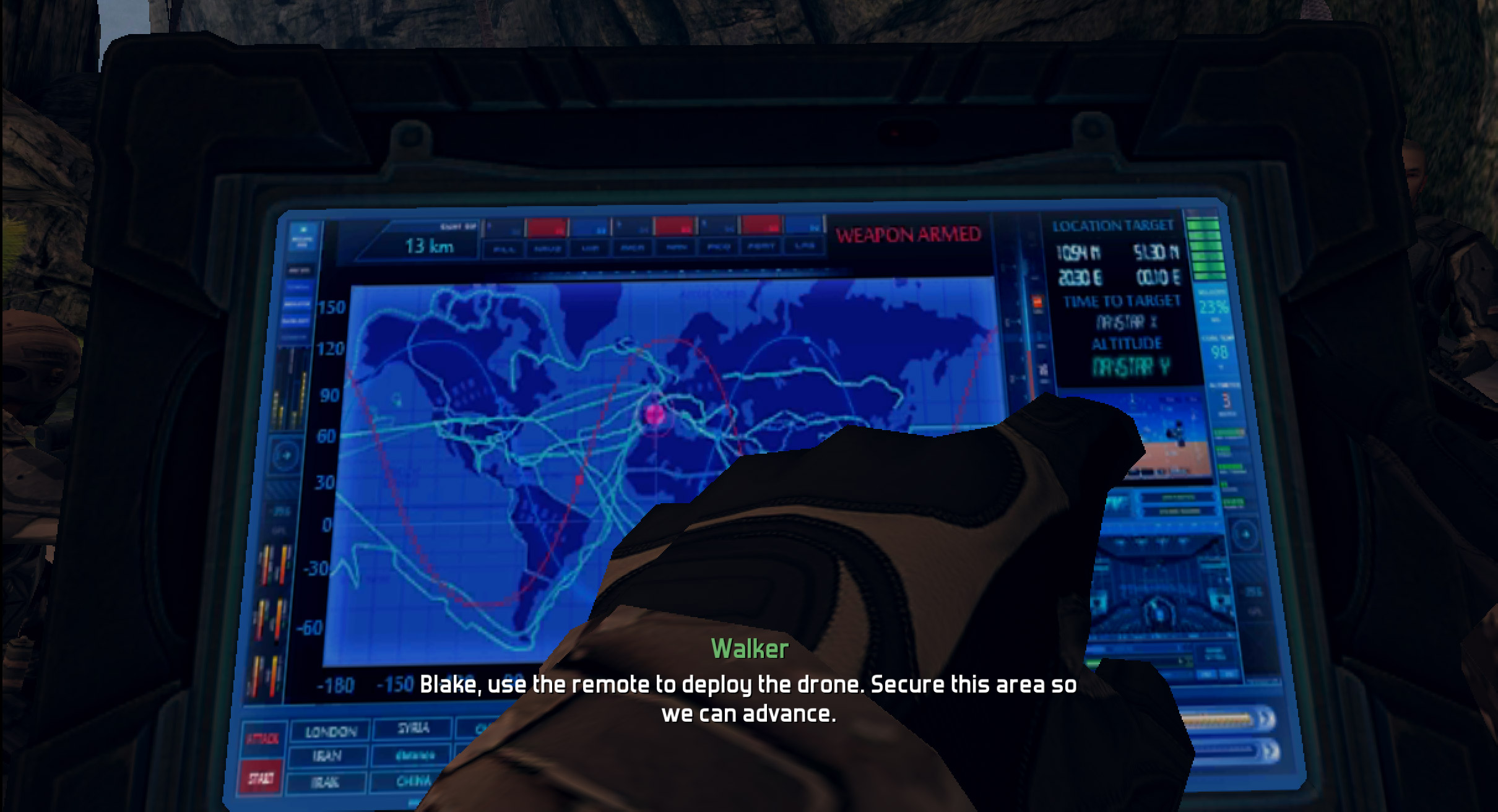 There’s also something in there about a bioweapon capable of restarting the human race, but believe me when I say that the story couldn’t matter any less. 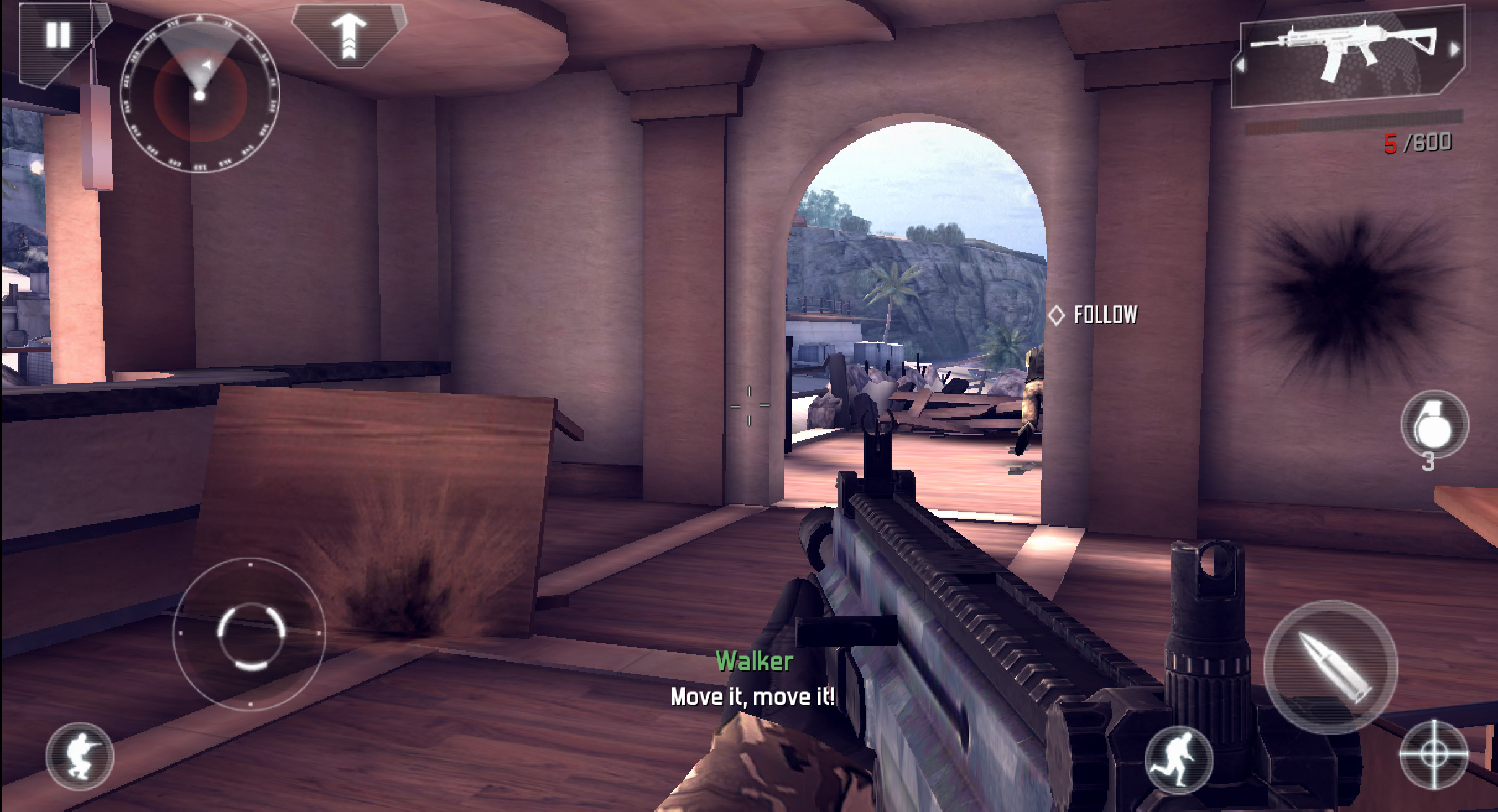 In much the same way that the story doesn’t matter in the Modern Warfare, Black Ops, Infinite Warfare and Advanced Warfare titles, Zero Hour’s overarching narrative is an unbridled mess that somehow manages to combine modern Red Scare politics, nuclear weapons and the absolute desolation of most life on Earth into something that would make even Tom Clancy spin in his grave.

Ernest Hemingway Zero Hour is not. 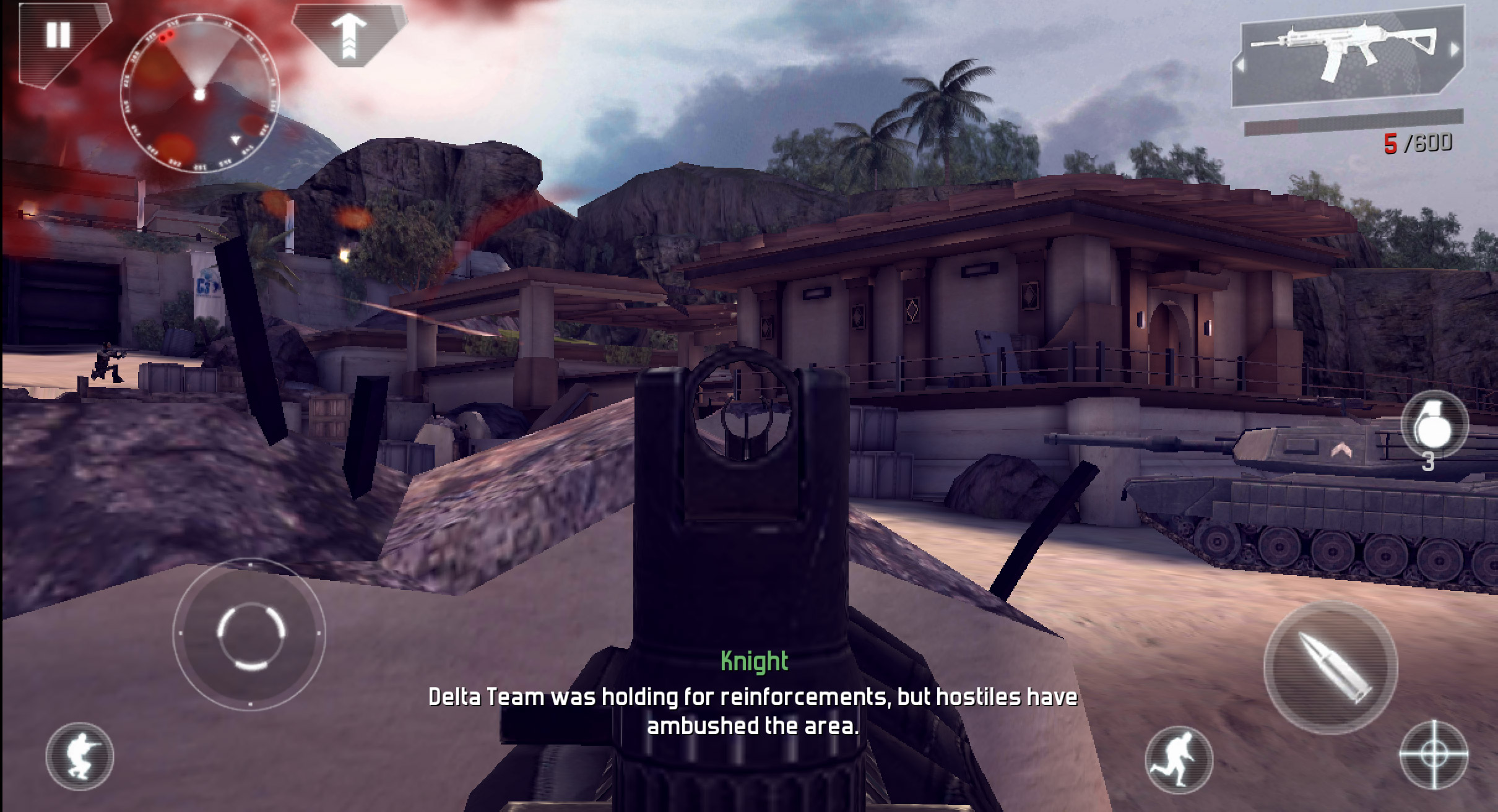 However, once players get past the absolute narrative lunacy that serves as Zero Hour’s main campaign, they’re presented with a robust, worthwhile first-person shooter that somehow manages to condense console-quality gaming into a touchscreen form-factor.

Granted, Zero Hour’s late-PlayStation-early-PlayStation-2-era facial graphics won’t be winning any awards either, but other than some clearly polygonal faces, even the game’s locations and overall physics are surprisingly presentable. Most importantly, the game’s shooting mechanics — built using the Havok engine — play like a charm. Players will need to remap the heads-up display to suit the space on their smartphone of choice. 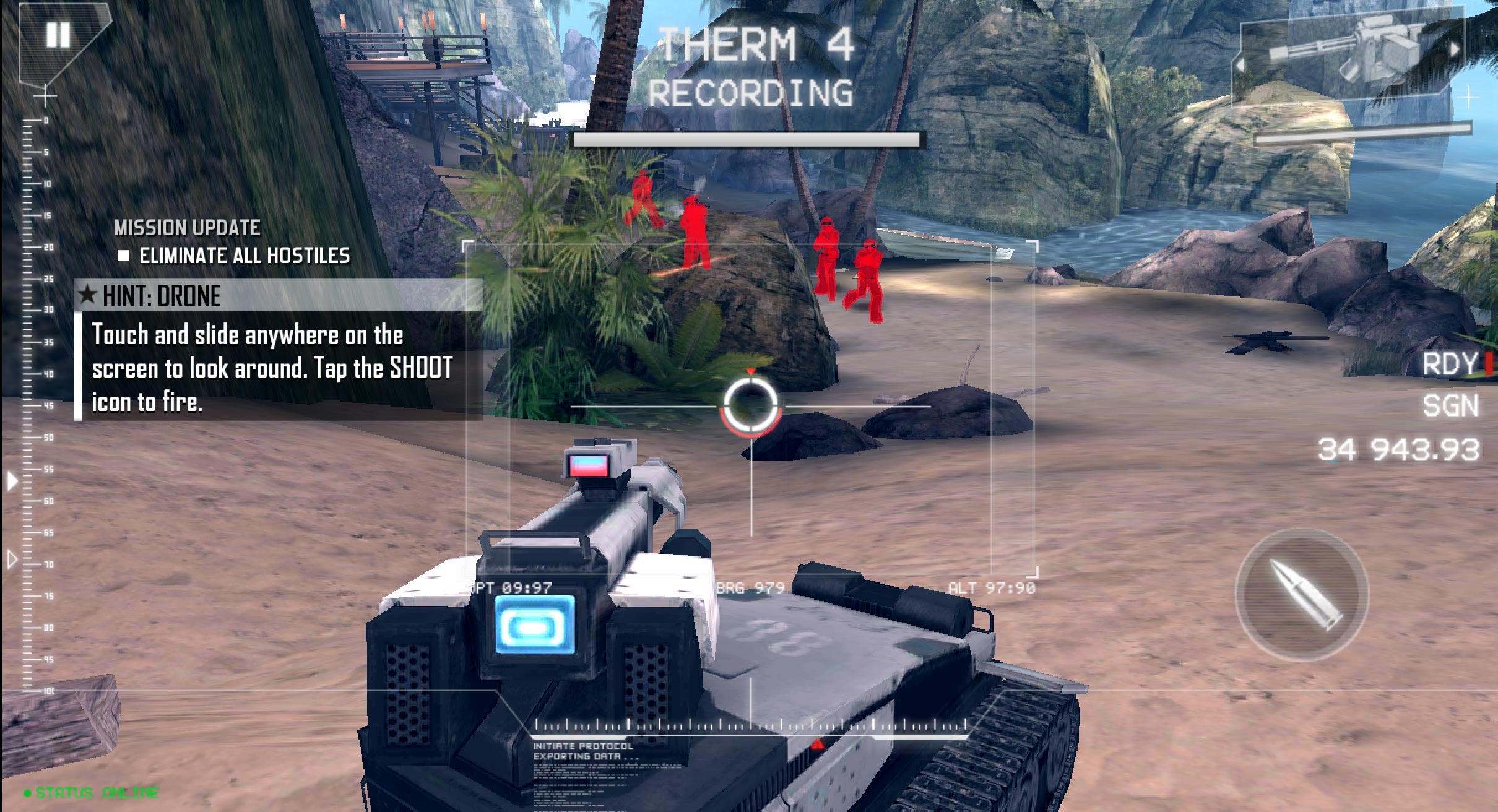 Perhaps most impressive is Zero Hour’s multiplayer, which allows players to compete against other Modern Combat fans over local Wi-Fi and online matchmaking. It’s also within the game’s multiplayer mode that players will find the majority of Zero Hour’s in-app purchases.

Admittedly, I haven’t spent very much time playing with other players online, but from my limited time, I found that the experience was very similar to my time playing console first-person shooters: there are a lot of players who are much, much better than me. 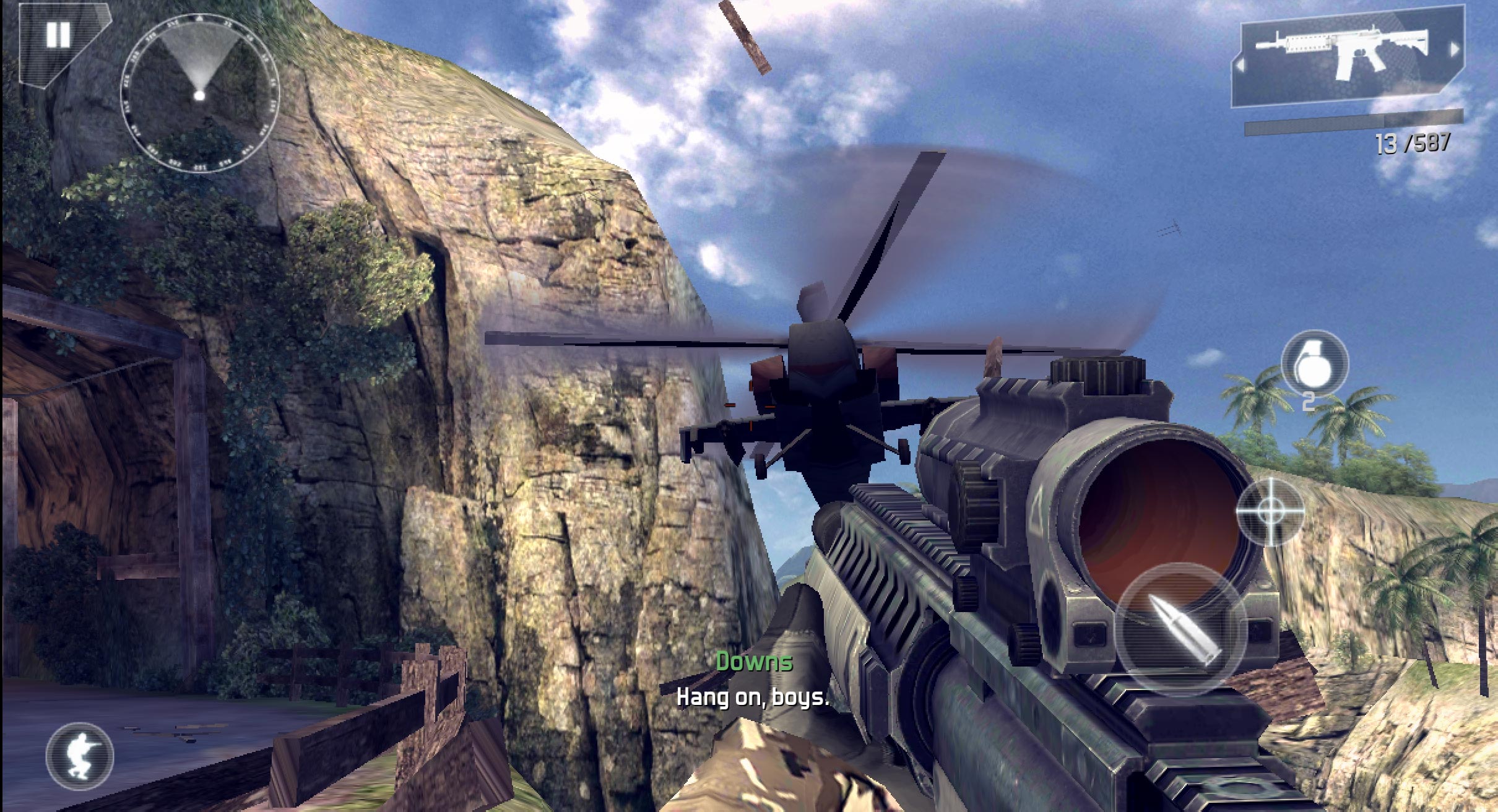 Zero Hour so fascinating is that it represents a stalwart example of advancements in both mobile gaming and smartphone technology.

It’s a PS2-era title compressed into a portable form-factor and the fact that it runs so smoothly is a testament to both Gameloft’s development team and modern smartphone processing power.

Modern Combat 4: Zero Hour is available for $9.99 on both Android and iOS.