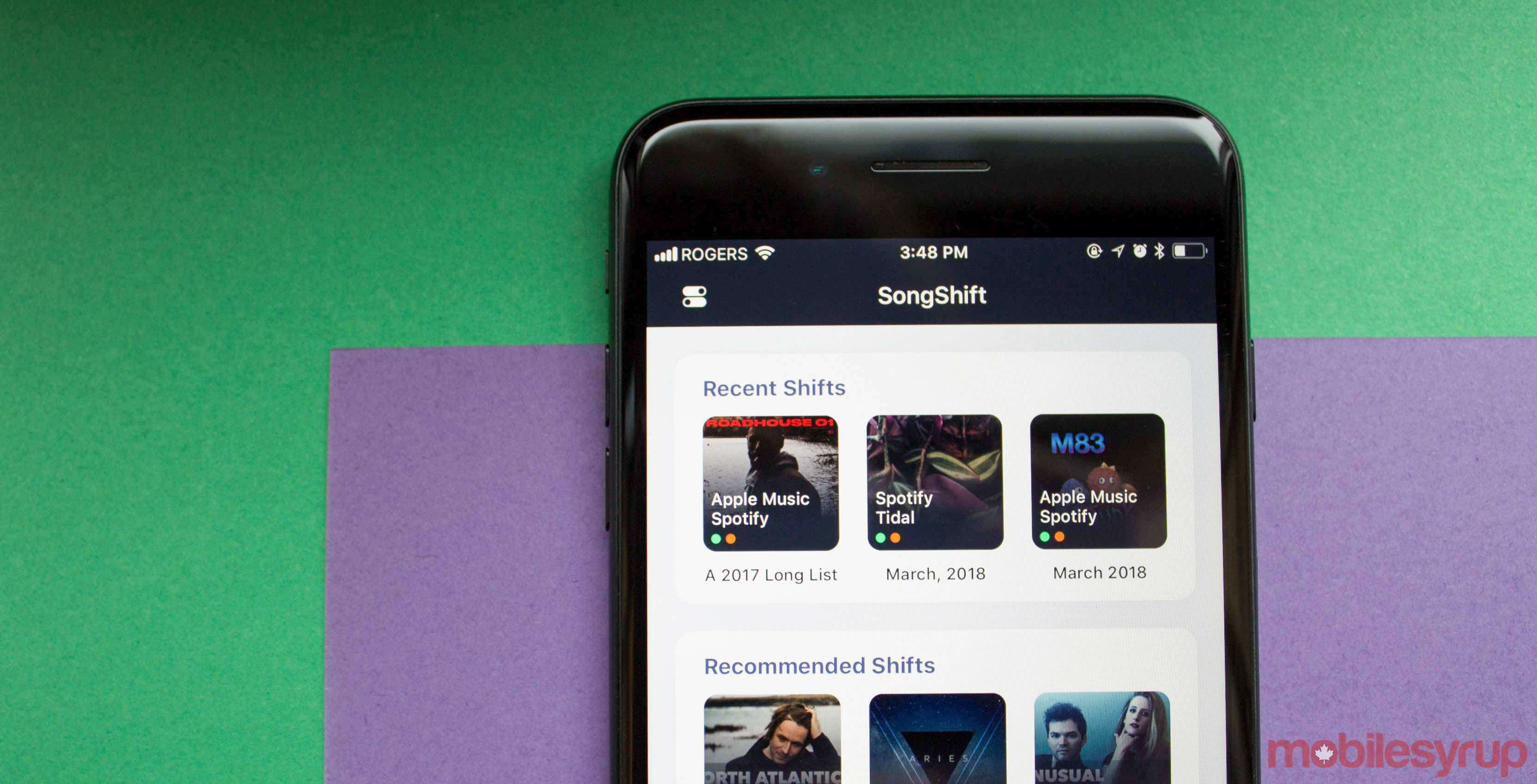 SongShift is an app released back in 2016 that lets users transfer music playlists across streaming services.

The app works by signing into the streaming accounts that users want to transfer music between, and then copying and pasting playlists from one app to another. 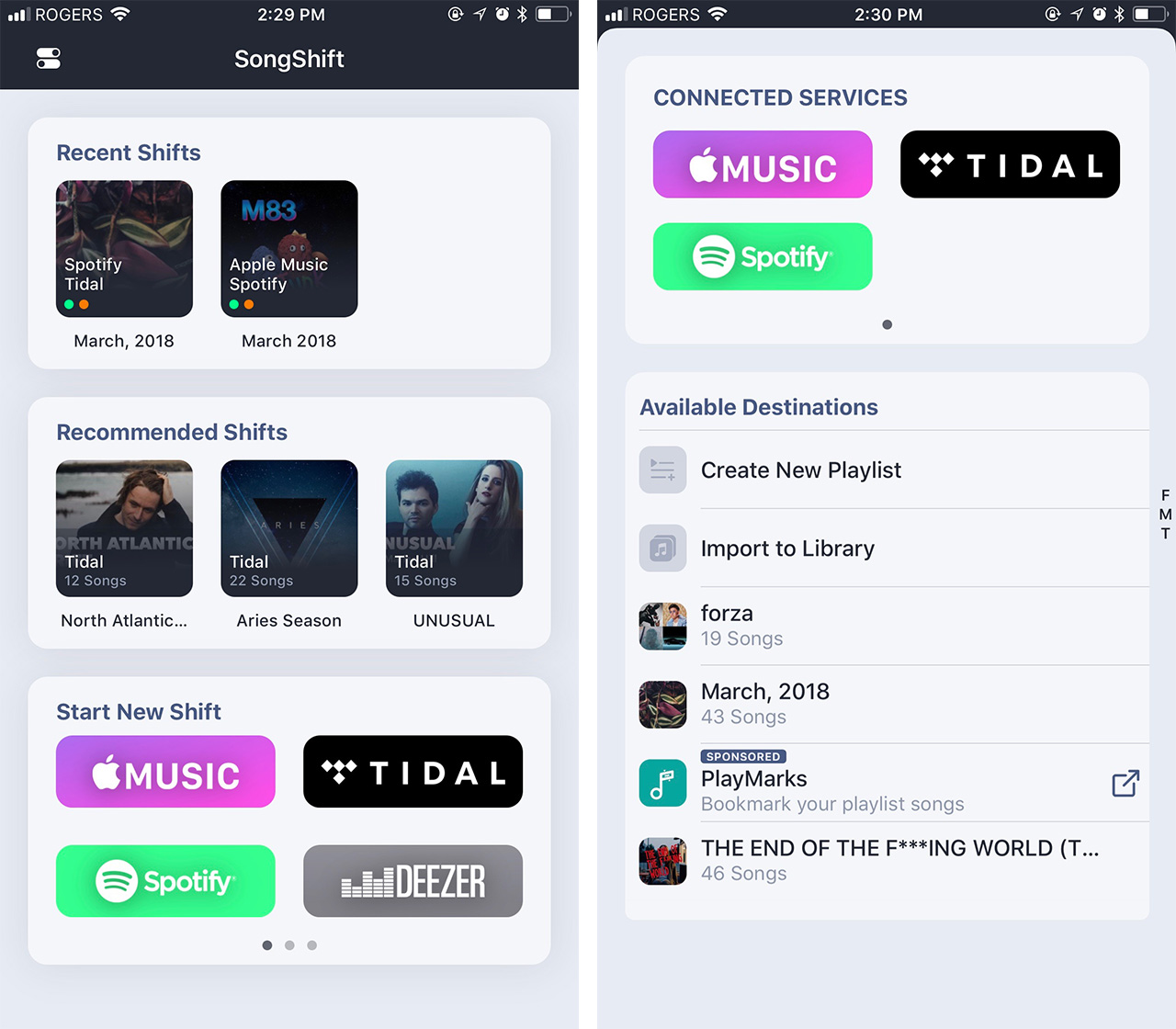 The app is very simple and in my experience using it with Spotify, Apple Music and Tidal, it worked  well. SongShift is also capable of integrating with Deezer, Discogs, Last.fm, Hype Machine, Napster, Pandora and YouTube, but not Google Play Music.

With the playlists that I used, the app worked fairly well but there were a few mismatched songs. Three songs that transferred out of the 141 mismatched, with a cover instead of the originals and 13 songs simply didn’t transfer for various reasons. Some Jay-Z, and Badbadnotgood songs didn’t transfer because they aren’t available on Spotify, while others did not copy over for unexplained reasons. 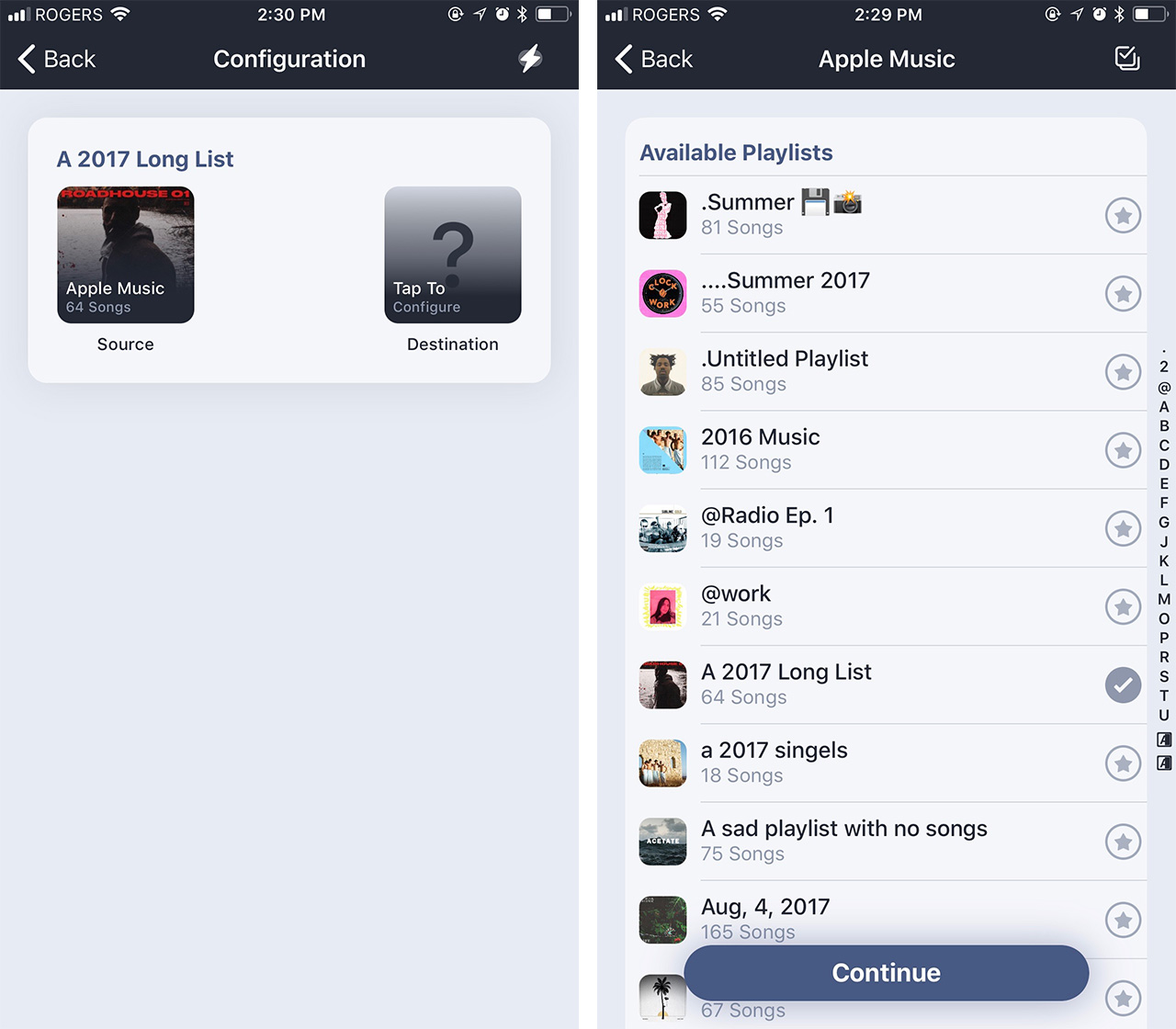 Another useful feature of this app is that it can auto sync songs from one playlist to another across streaming services once the initial link has been created, but this feature is only available to pro users.

The Pro version of SongShift is $5.49 CDN and it removes ads, lets users move more than one playlist at a time, adds custom themes and enables auto sync.

The App is currently only available on iOS and the base version is free.