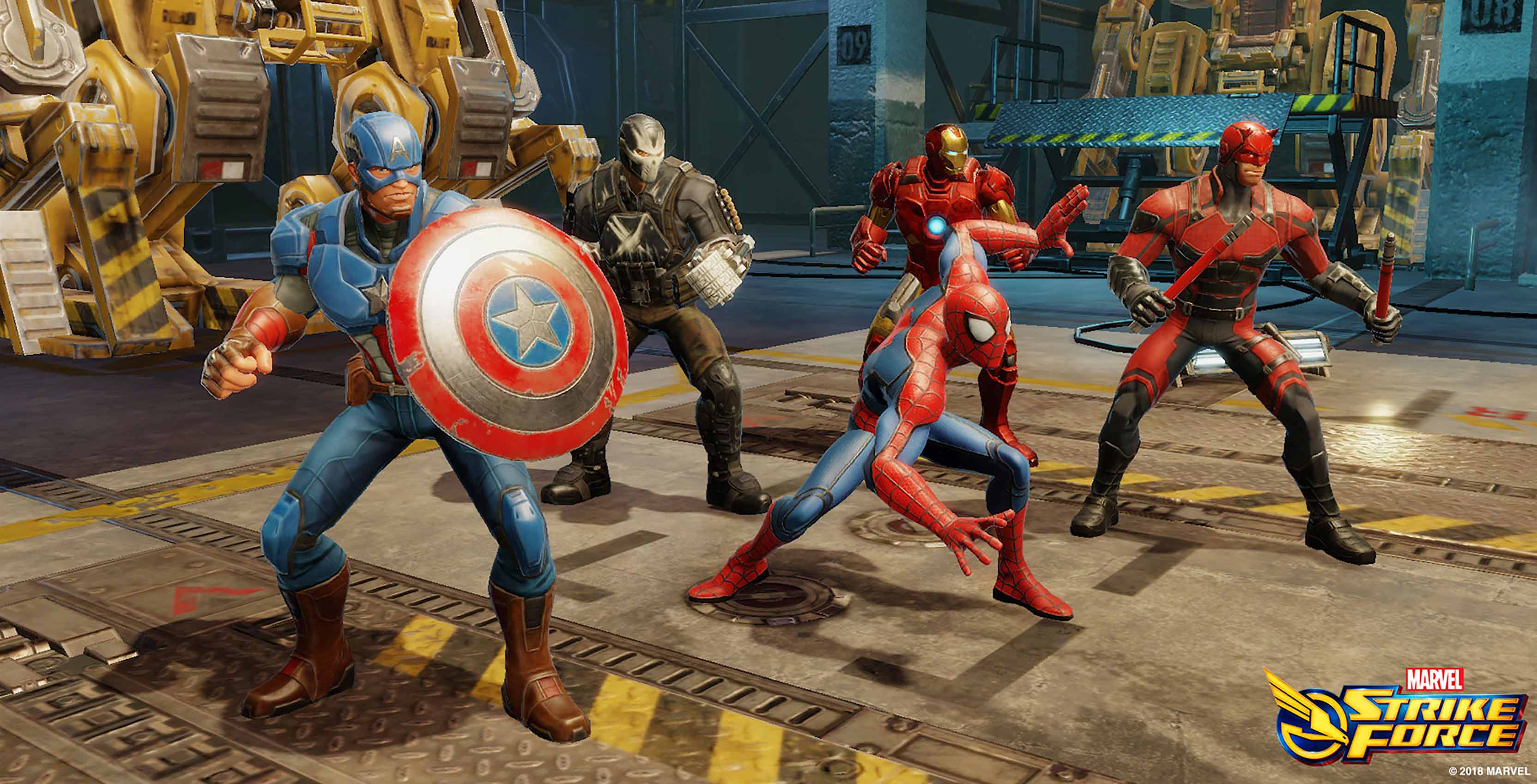 The game’s story follows S.H.I.E.L.D. director Nick Fury as he assembles a team of superheroes to stop the alien overlord Ultimus. Players will be able to create a team of popular Marvel characters like Spider-Man, Captain America, Iron Man, Black Panther, Wolverine and the Guardians of the Galaxy.

A handful of villains can also be recruited, including Loki, Venom and Crossbones.

Strike Force is part of Marvel’s larger goal to publish a variety of games across all platforms. Among other titles, the company is set to release the PlayStation 4 exclusive Spider-Man game sometime later this year, which was developed by Ratchet and Clank studio Insomniac Games.

Marvel is also working with publishing giant Square Enix and developers Crystal Dynamics (Tomb Raider) and Canada’s Eidos Montreal (Deus Ex) on an untitled Avengers game, although no details have been revealed about the project.