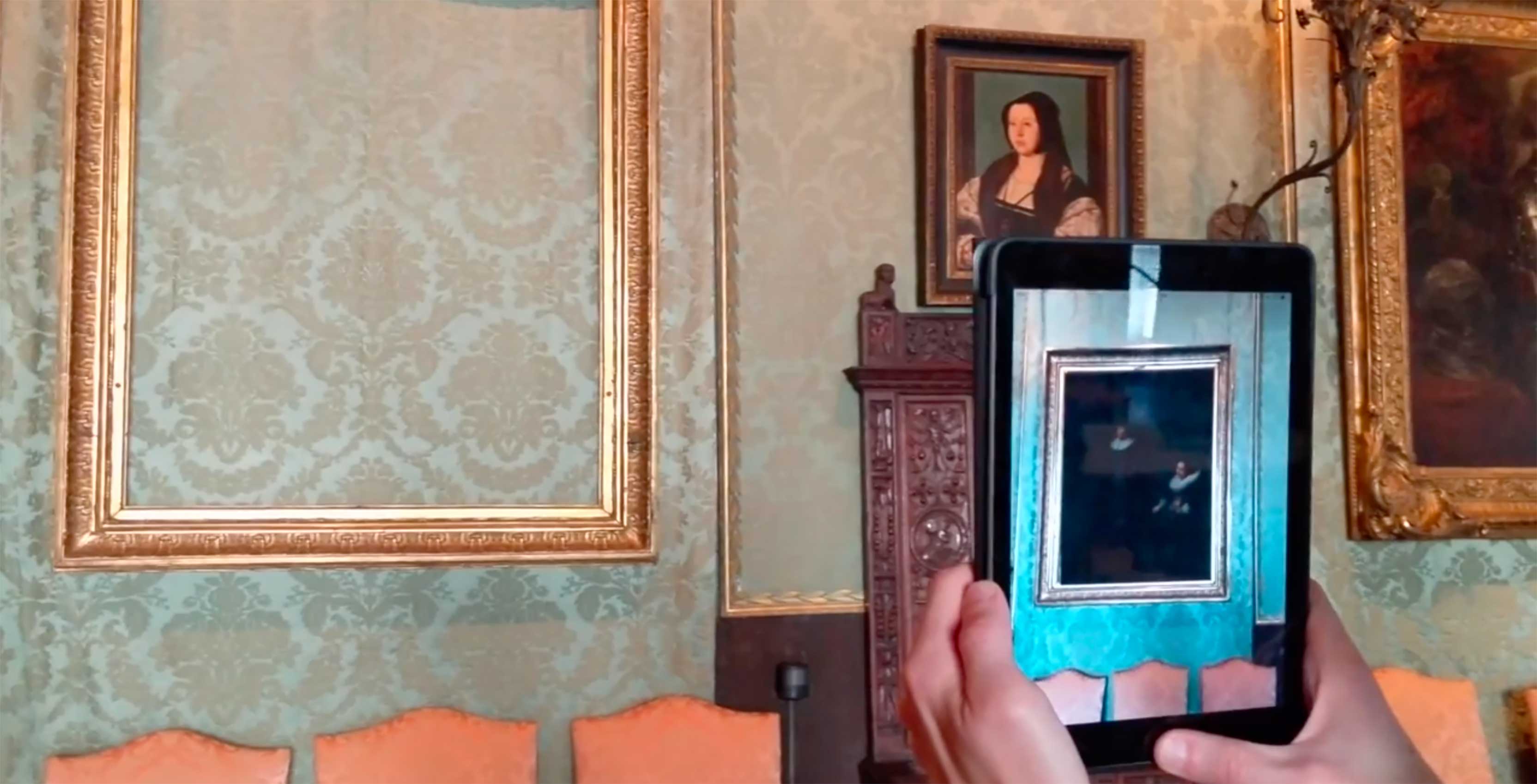 Cuseum is working to restore thirteen pieces of art valued at over $500 million that had been stolen in March 1990 from the Isabella Stewart Gardner Museum in Boston.

To steal the paintings, the thieves cut the actual artwork out of their frames, which have since been left hanging empty in the museum.

With ARKit, Cuseum has developed an app that overlays the empty frames with a digital version of their original paintings.

Cuseum’s app currently only includes two paintings, both of which were created by famed dutch painter Rembrandt: “A Lady and Gentleman in Black” and “Christ in the Storm on the Sea of Galilee.” However, Cuseum aims to support more paintings in the future.

“Once Apple’s ARKit was released it marked a new chapter for app developers,” Cuseum founder Brendan Ciecko told Engadget. “Compared to other frameworks, the quality and stability was incredibly promising right from the start. With the latest release, ARKit 1.5, Apple introduced vertical surface detection and on-device image recognition, which were key components needed to make this project possible.”

While Cuseum works with museums across America, it’s easy to see how other developers in Canada or the rest of the world could also leverage augmented reality platforms like ARKit to do something similar with bringing back lost artwork.