Telus to increase international Easy Roam fee to $12 per day 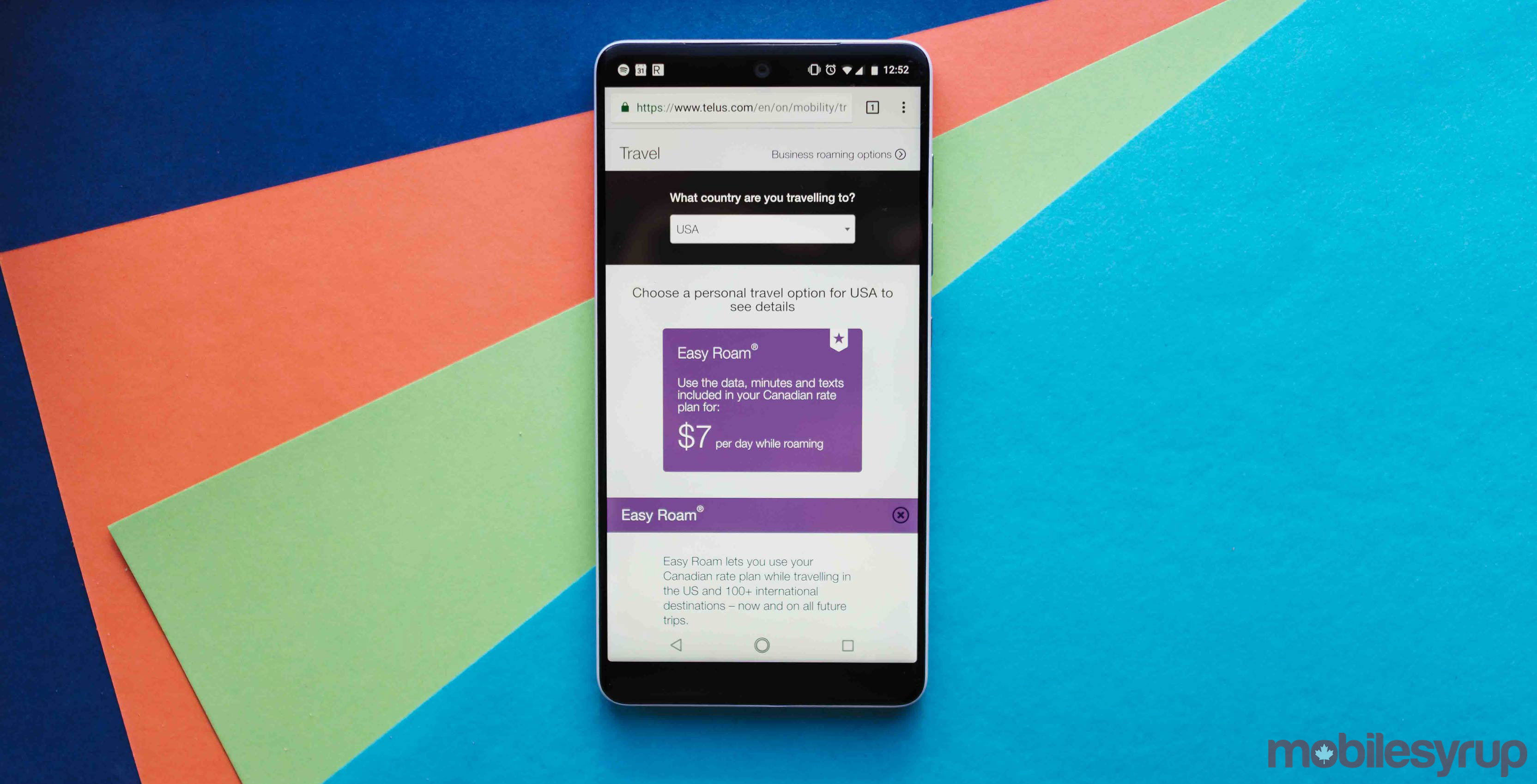 After a brief period during which Canada’s third largest carrier offered the most affordable international daily roaming service, Telus now plans to increase the cost of Easy Roam to match the price of Rogers’ and Bell’s competing Roam Like Home and Easy Roam services.

A monthly bill obtained by MobileSyrup indicates Telus’s plans to raise the daily fee associated with international Easy Roam roaming to $12 per day, up from $10 per day previously.

The price hike is slated to take effect on May 1st, 2018 for any customers currently not on a plan. New and renewing customers will see the increase take effect on April 2nd. The upcoming change is not yet reflected on Telus’ website.

Easy Roam allows Telus customers to use their monthly talk, text and data allotments while traveling in the U.S. and internationally without incurring additional roaming charges. As previously mentioned, international roaming through Easy Roam currently costs $12 per day, while U.S. roaming costs $7 per day — up to a maximum of $100 per billing cycle.

Alongside the price increase, Telus plans to add 27 additional destinations to the service on April 2nd. The carrier currently offers daily international roaming in more than 140 countries across the globe.

Once the price hike goes into effect, Telus’s Easy Roam will cost the same as Rogers’ Roam Like Home while traveling internationally. Both services cap international roaming fees to a maximum of 15 days per billing cycle.

Rogers increased the fee related to international Roam Like Home usage to $12 per day, as well as increased the cap from 10 days to 15, on February 28th, 2018, creating a brief period in which Telus’s Easy Roam was the most affordable international daily roaming package in Canada.

Bell’s Easy Roam service, which costs $12 per day, caps out at 20 days per billing cycle.

MobileSyrup has reached out to Telus for comment. This story will be updated with the company’s response.

Update 19/03/18: Telus has confirmed the price increase. In an emailed statement, a company spokesperson told MobileSyrup: “We continually strive to improve our roaming coverage and services, and we are excited to add 27 new countries to our International Easy Roam coverage beginning on April 2nd”