It seems like robots can do anything — well, almost anything.

While the actual Pyeongchang Winter Olympics in South Korea involve real, human athletes, the event’s home country is kicking things up a notch and showing off the nation’s advancements in robotics technology.

A tournament called the ‘Edge of Robot: Ski Robot Challenge,’ saw eight robotics teams from a variety of research universities, institutes and private companies compete for a $10,000 prize. Each organization was tasked with creating a robot capable of skiing down a hill, in the least amount of time possible, while avoiding obstacles.

The robot event took place on an 80-meter alpine skiing course at Welli Hilli Ski Resort, which sits an hour outside of Pyeongchang. According to The Korea Herald, record-low temperatures affected the competitors, with many of the robots taking a tumble on their way down the hill.

Each robot was required to meet specific humanoid classifications as well. Each one had to be capable of standing on two legs and feature joints that resembled elbows and knees. A more specific prerequisite was also put in place, ensuring that each competing robot measured in at a minimum of 50cm tall.

The above video was filming by MiniRobot Corp, one of the companies included in the contest.

Amusingly, the event’s Facebook page — which is entirely in Korea — even includes individual stats for each robot along with their names. 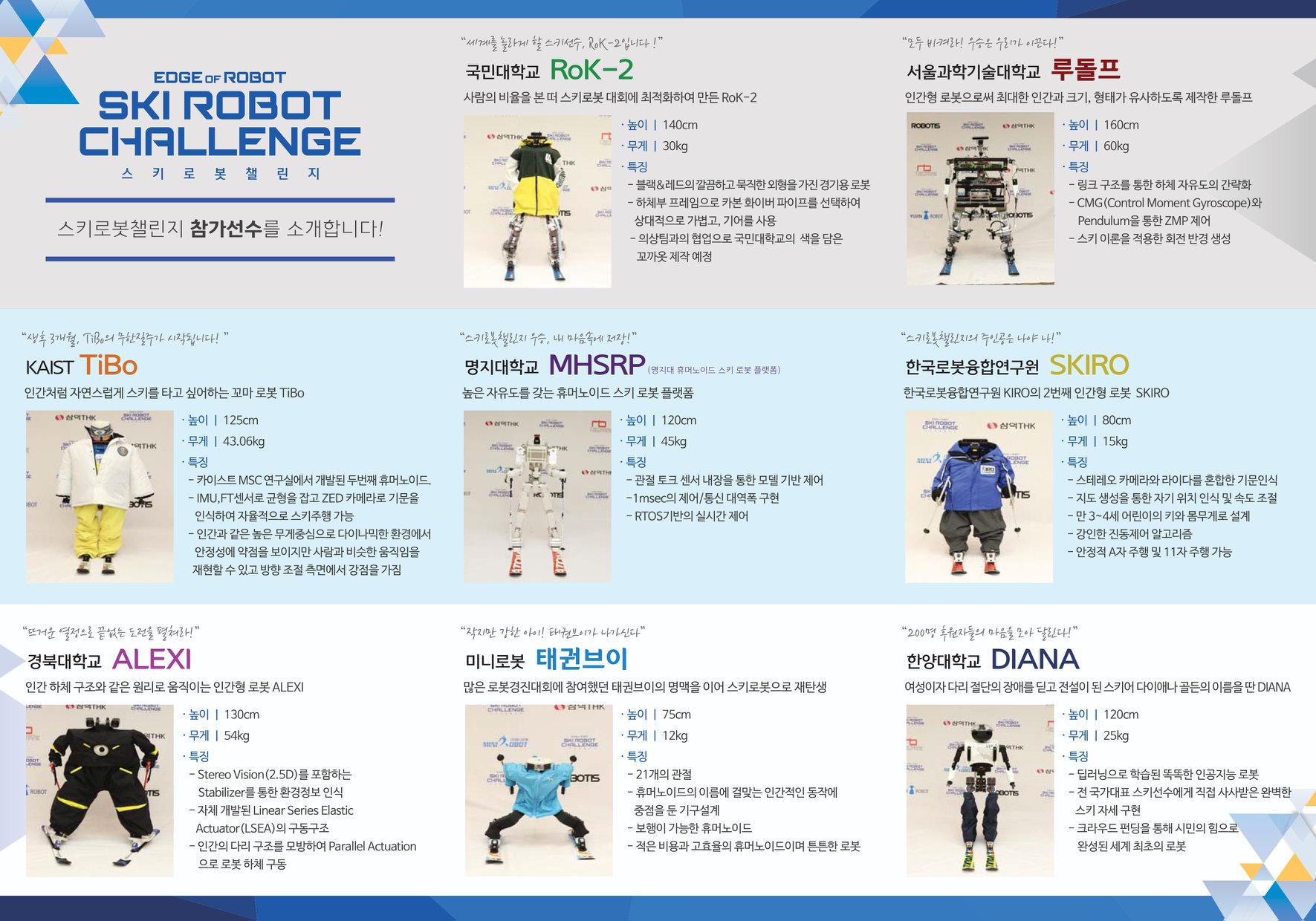 For example, one robot named Diana was completed with the help of crowdfunding, according to The Verge.

How to watch the 2018 PyeongChang Winter Olympics in Canada