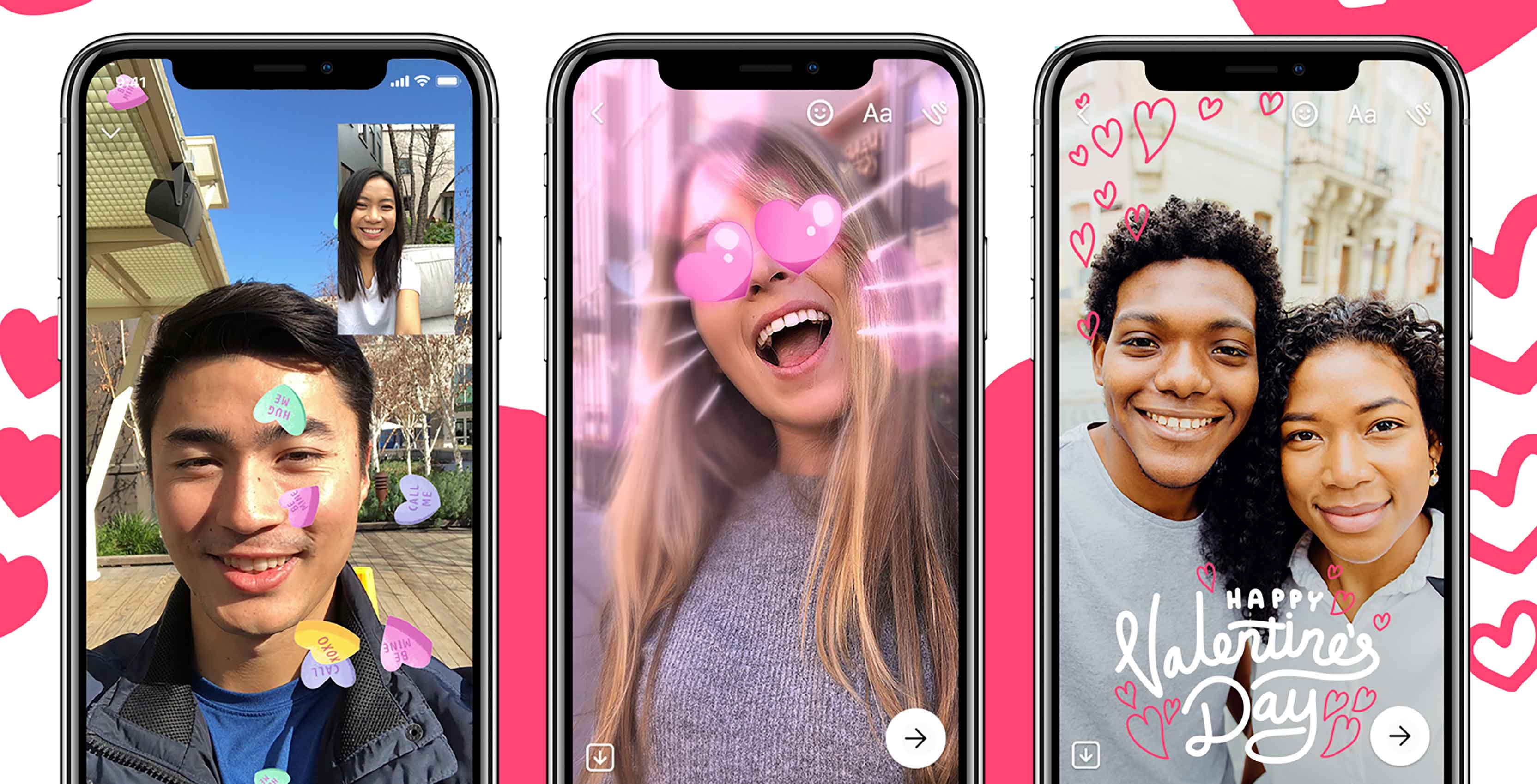 Facebook has rolled out a series of love-themed features for couples to commemorate Valentine’s Day.

When in a Messenger conversation with someone who you’re marked as being in a relationship with, the following Valentine’s Day-themed features and settings will appear:

A number of romantic filters are also available in Messenger Camera, such as heart eyes (added once a mouth is opened, a falling candy heart effect and a ‘Queen of Hearts’ look.

In addition to the new features, Facebook also revealed some love-themed statistics. According to the social media giant, Messenger users share over two billion emoji every day, with ?, ?, and ❤ being three of the most popular.

Meanwhile, a heart is the second most popular emoji for both men and women, while red is the most popular chat colour among all users.