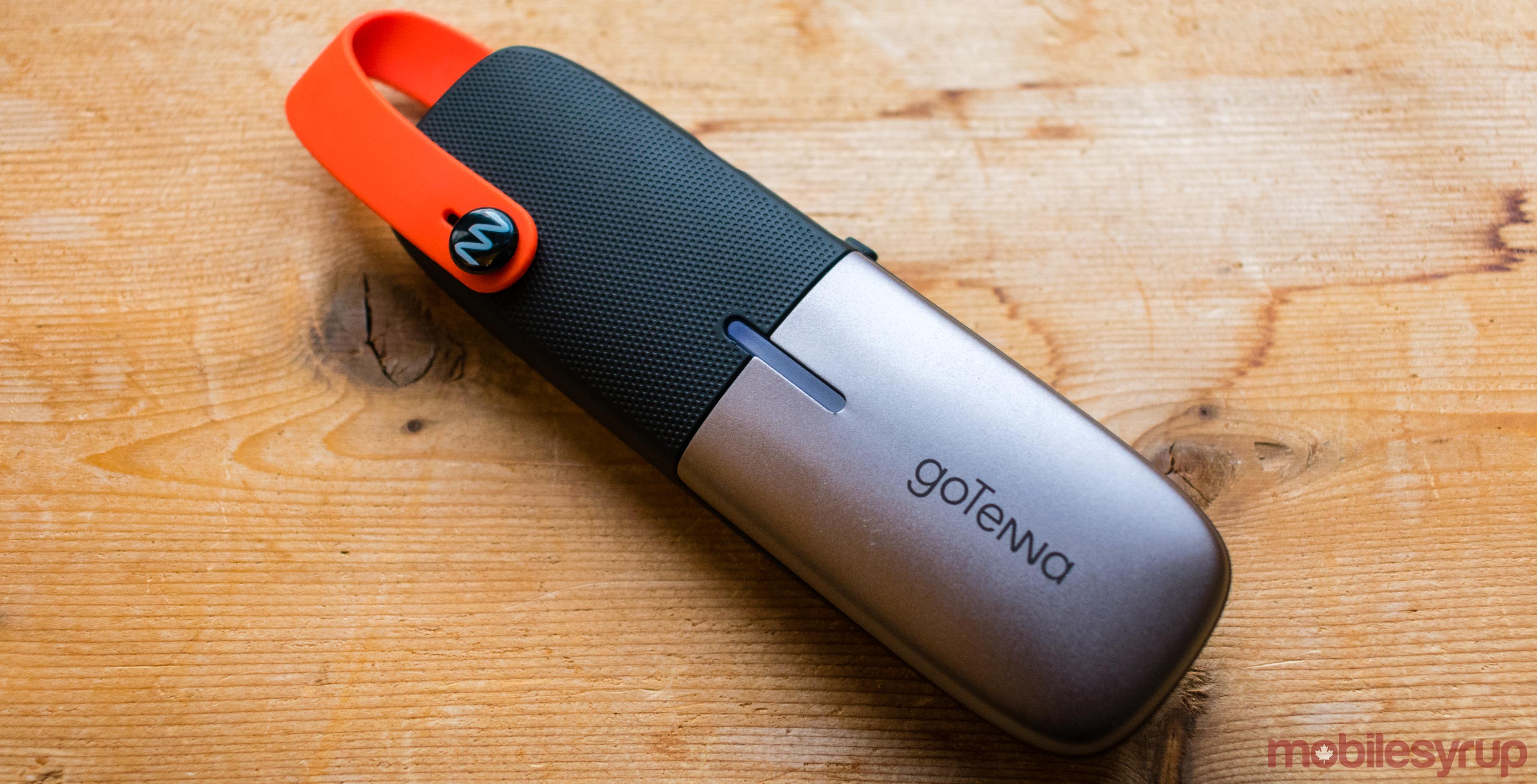 GoTenna co-founder Daniela Perdomo wants people to know that the goTenna Mesh communication device is not a walkie-talkie.

In Perdomo’s defence, there’s very little about the goTenna Mesh that resembles traditional walkie-talkies in any way. For one thing, the device is about the size of an old Nokia brick phone, except without a screen or any of the important buttons. 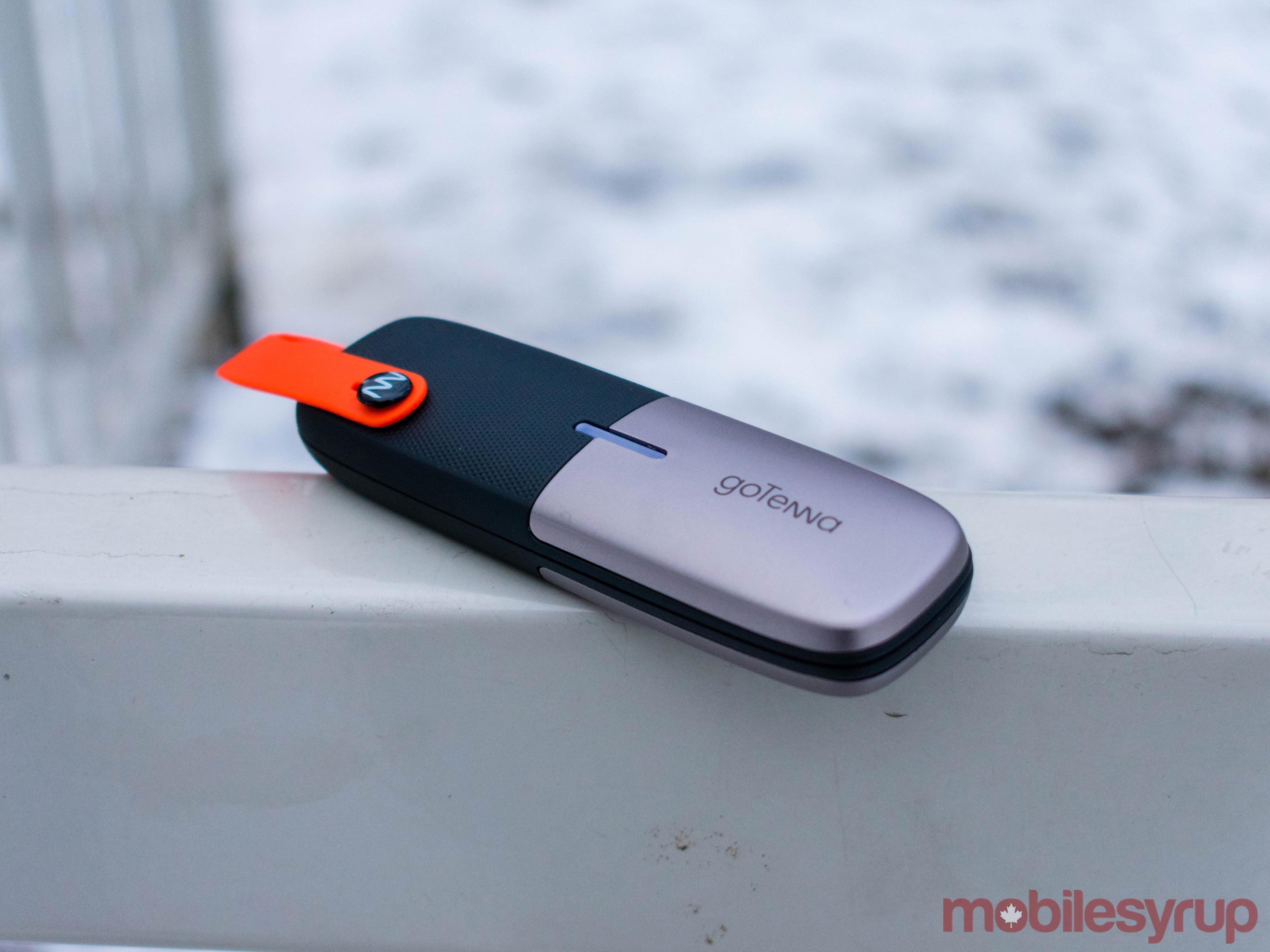 The slim, black and grey bar — with straps that come in different colours — has an LED indicator, a micro-USB charging port, and a power button. And that’s about it.

The device works by connecting to an Android or iOS phone via Bluetooth; once paired, users can send messages to other goTenna devices nearby.

Perdomo says the range can vary from a single city block to about five kilometres — depending on environmental circumstances, as well as issues like congestion.

What makes the platform so interesting is that, unlike traditional text messages that rely on cellular networks or Facebook Messenger or WhatsApp, goTenna allows users to send and receive messages while being completely disconnected from Wi-Fi or data networks. 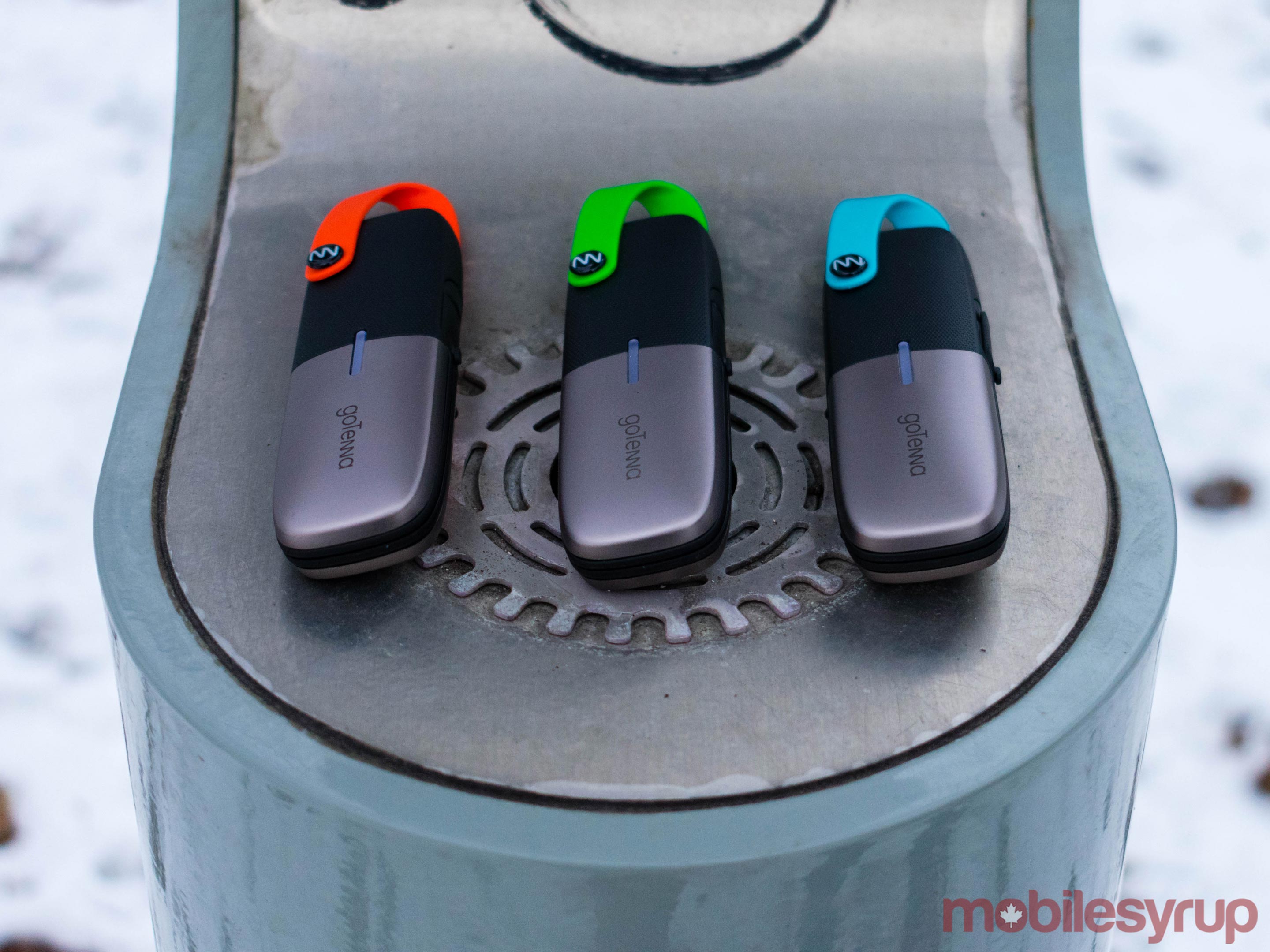 Perdomo first came up with the idea for goTenna Mesh with Jorge, her brother and fellow co-founder, in 2012, after witnessing the chaos caused by Hurricane Sandy’s progression through New York City.

“It occurred to me that even though we have phones, they don’t actually enable communication unless you have service,” says Perdomo.

She was also quick to identify an issue that many people have simply come to accept about smartphones: they don’t allow users to create their own independent network connections.

“So [phones are] in a way intentionally crippled from enabling any peer-to-peer connectivity,” says Perdomo. “[Phones are] designed only to plug into things.” 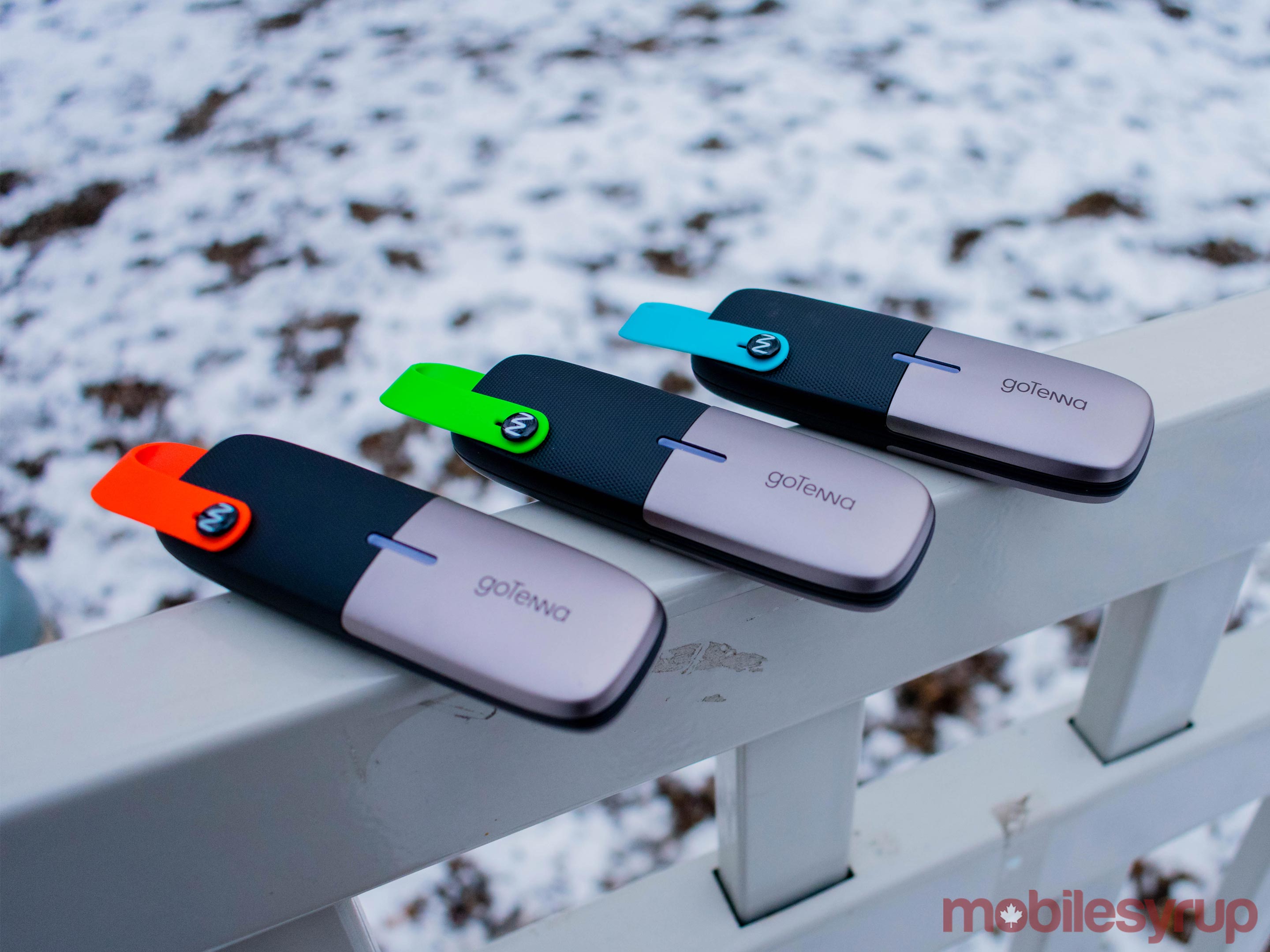 It’s that inability to facilitate genuine peer-to-peer connectivity that ultimately led Perdomo and her brother to develop the goTenna Mesh system.

As Perdomo puts it, the device is basically a radio that has all the smarts of a smartphone.

“So this is actually a lot more like a smartphone without an interface than it is a walkie-talkie,” explains Perdomo.

Unlike a walkie-talkie, multiple goTenna Mesh devices also automatically form a network mesh, enabling users to more easily send messages to one another over long distances.

Two goTenna Mesh devices allow two users to communicate with relative ease over long distances. Add another goTenna device into the fray and the messages can be sent and received over even longer distances. 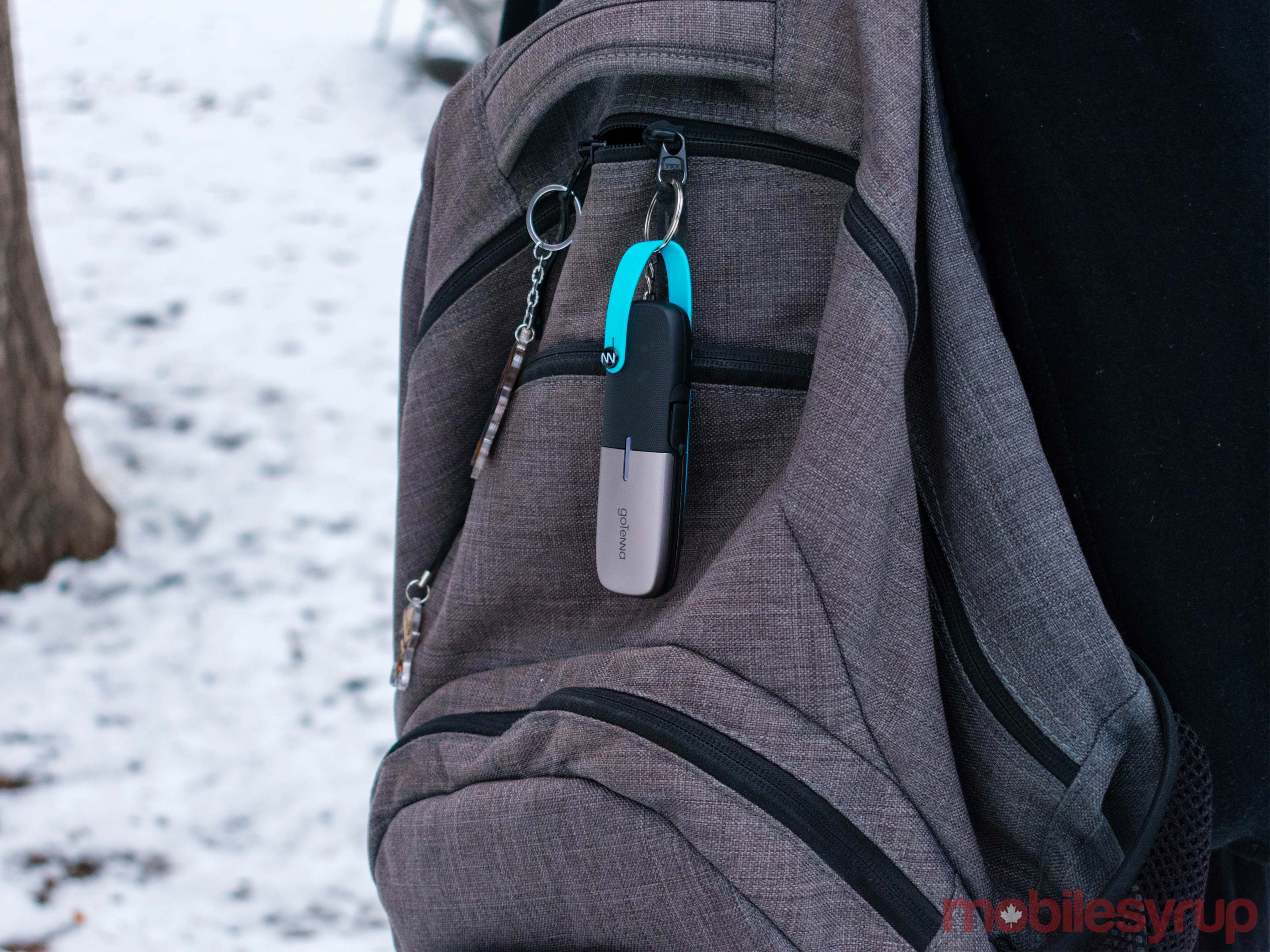 The fact that goTenna devices automatically form a mesh means that users also don’t need to work through an intricate system menu to establish a daisy-chained network.

Simply put, goTenna Mesh devices can give disconnected users the opportunity to piggyback onto a cellular network, even if their devices aren’t connected to the network itself.

A familiar interface to anyone who’s sent a text message

While the goTenna platform is certainly impressive, there are a number of caveats to consider.

First, you need two goTenna devices to communicate, and each device needs to be connected via Bluetooth to an iOS or Android device.

Second, goTenna devices can only be paired to one phone or tablet at a time.

Third, you can’t use the goTenna device to send and receive messages without downloading the goTenna app, which also helps users with the onboarding and pairing process.

Once a device has been paired, however, the goTenna interface closely resembles typical messaging apps. Users can chat with individual contacts, start group chats, or send out public ‘Shouts’ to all nearby goTenna devices. 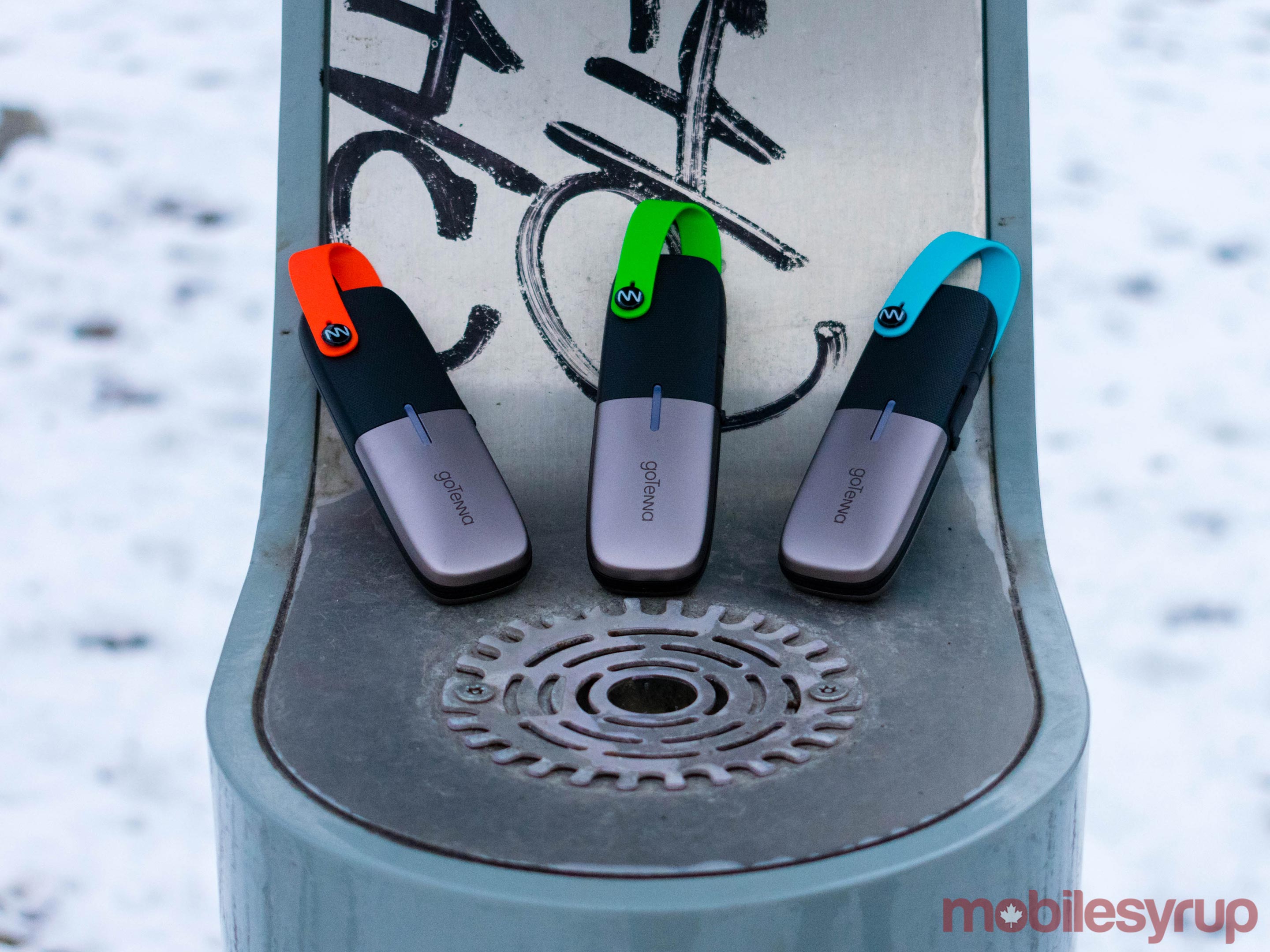 The app even lets users broadcast their GPS location, to alert other users of their presence.

It’s important to note that goTenna messages use a path-of-least-resistance model to deliver messages. Users who are far apart will have to wait longer to send or receive a communication.

“It gives you 38 seconds of tries and then eventually it goes…delivery unconfirmed,” says Perdomo.

She says the company chose to use the phrase “delivery unconfirmed” instead of “message failed.”

“All that means is it could’ve gone through, it probably didn’t, but we don’t wanna [cause unnecessary alarm],” explains Perdomo. 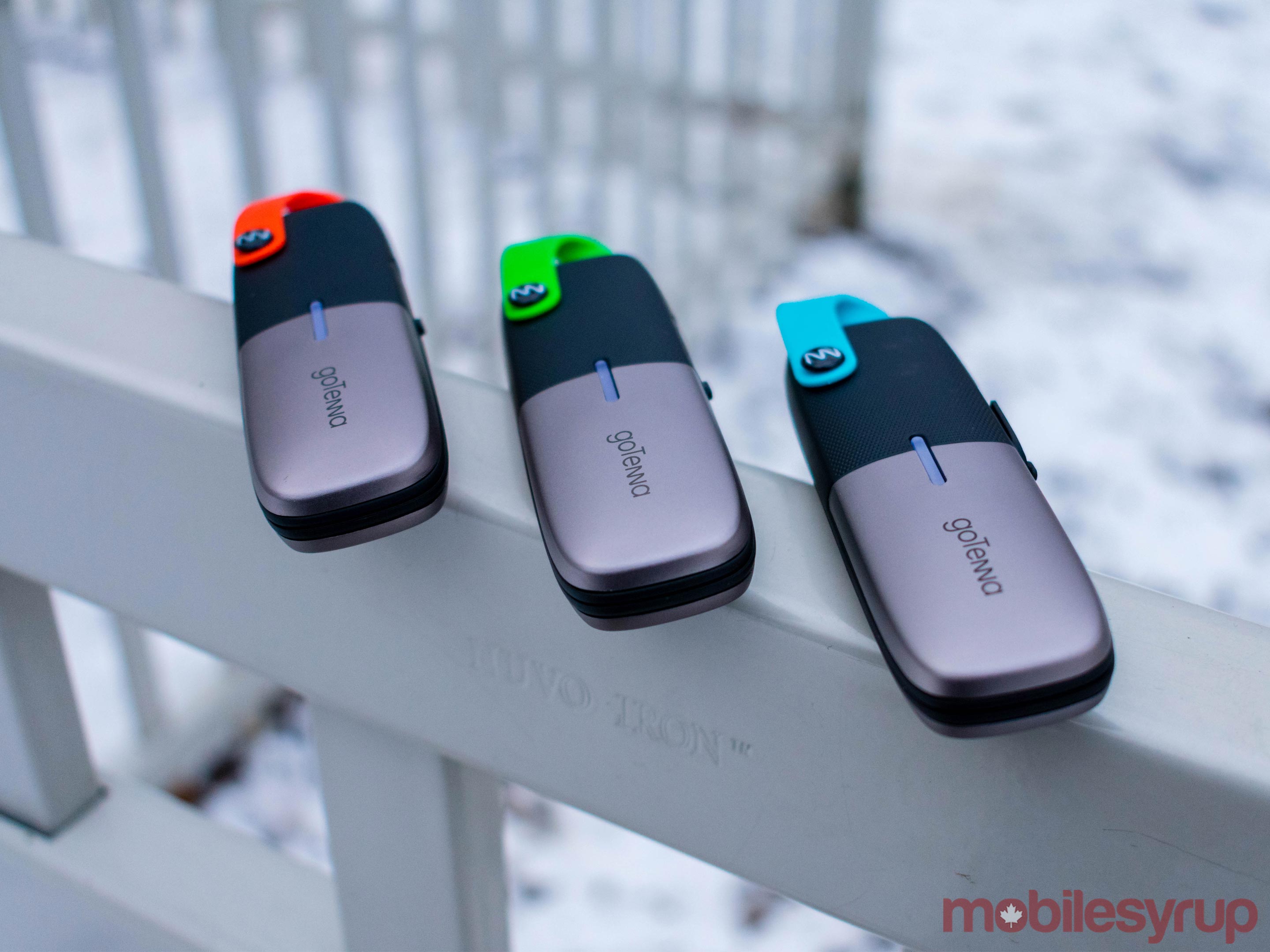 If smartphones do happen to disconnect from the device, a goTenna also stores any received messages, turning it into a kind of digital mailbox.

In use, the goTenna communications platform is startlingly effective.

Simply put, what makes goTenna messaging so extraordinary is precisely how ordinary it is. The interface is familiar, sending a message is no different than sending a text message and conversations feel natural or fluid.

Of course, using goTenna isn’t faster than sending a text message or using an app like WhatsApp or Facebook Messenger, but that’s not really why someone would use goTenna in the first place.

The device isn’t really for day-to-day messaging, and Perdomo acknowledges that. 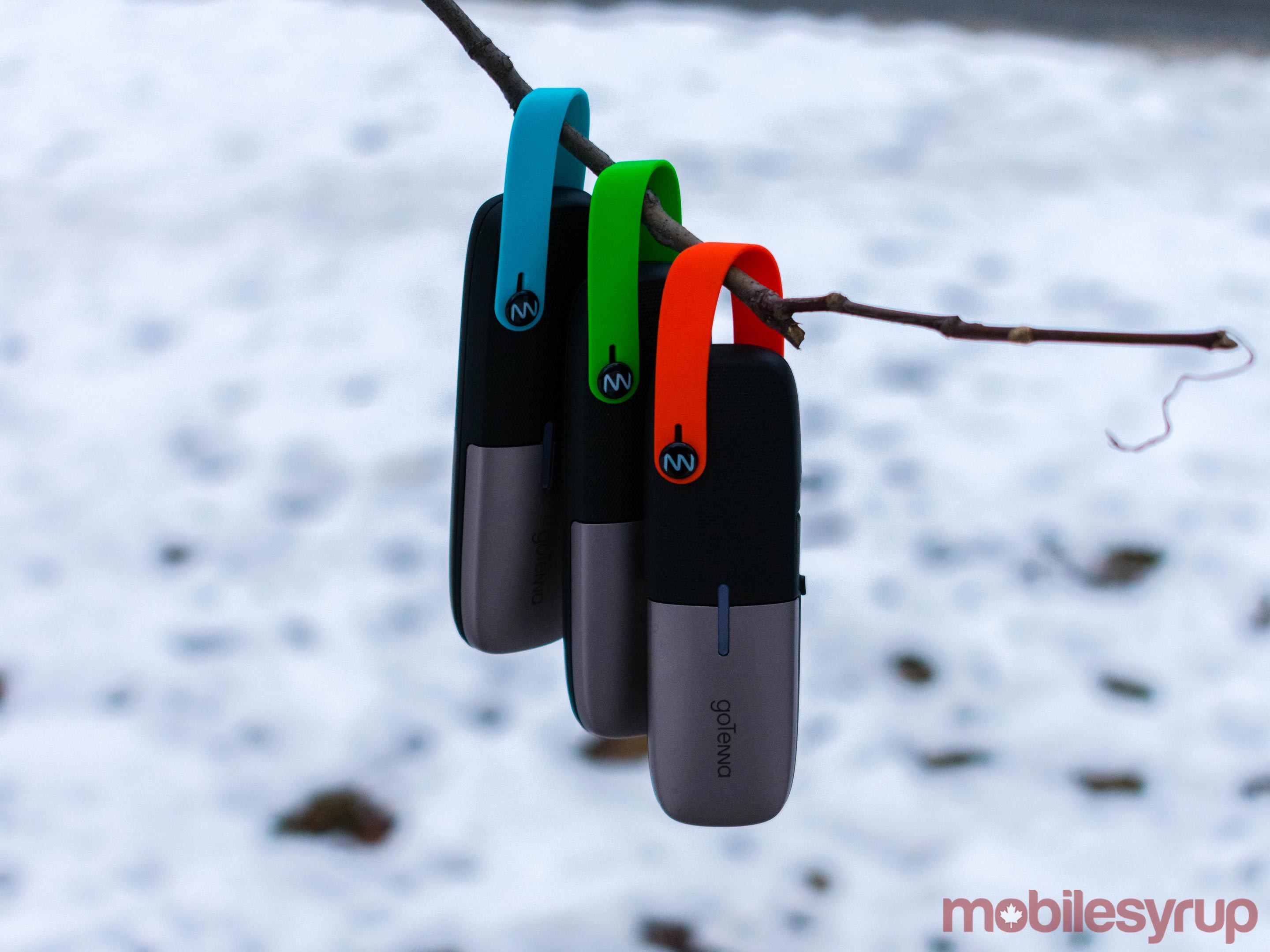 As she puts it, goTenna is for individuals in extenuating circumstances when it’s tough to find Wi-Fi or cellular reception, but who need to maintain communication with other people.

goTenna lets you send messages without cell service or WiFi