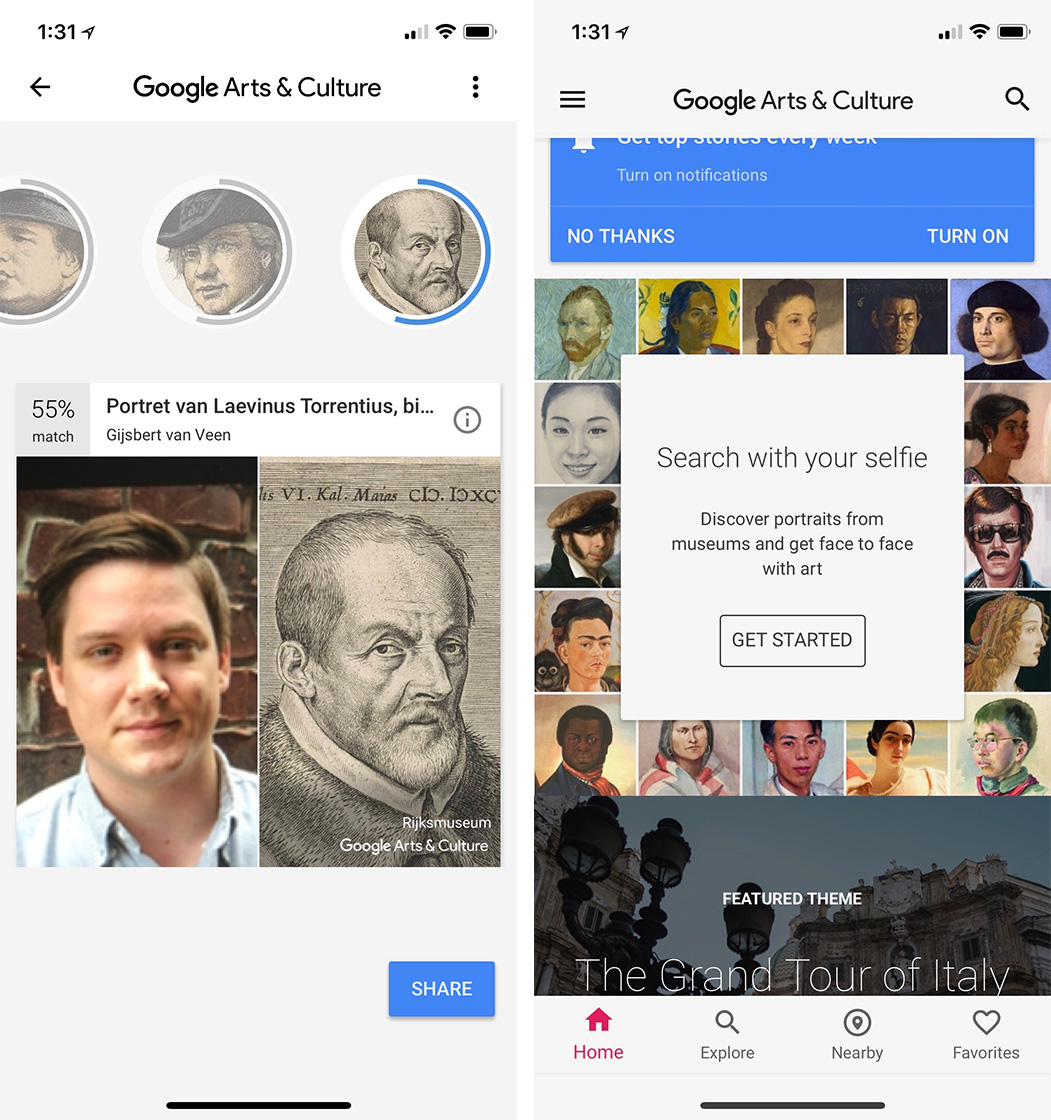 Google’s popular Arts and Culture app is now available in Canada on both iOS and Android, after releasing in the U.S. last week.

The Arts & Culture app hit the top of the U.S. iOS App Store and the Google Play Store shortly after its launch, beating out long-standing top ranking apps like Messenger and YouTube.

Hey this one ain’t so bad. pic.twitter.com/er0FxZNVO8

Google’s Arts & Culture app first appeared in app stores back in 2016, but has mostly gone under the radar until now. Before recently adding new facial scanning features, it mostly just featured a catalogue of artwork from different time periods.

It’s the app’s new, relatively straightforward facial scanning feature that’s resulted in its resurgence in popularity. The Arts & Culture app matches images of people’s faces with art from a variety of different eras of history — with varying degrees of success.

The fact that celebrities are using the app and sharing their own, often amusing art matches, has helped it skyrocket in popularity too.

This google arts and culture app is pretty amazing. Feel real strong about my 40% ? pic.twitter.com/2iyexRkUG5

It’s worth noting that Google’s Arts & Culture app has been heavily criticized by privacy experts for creating a database of facial features through what seems like a fun, silly app at the outset.

Google’s Arts and Culture app is available on iOS and Android.